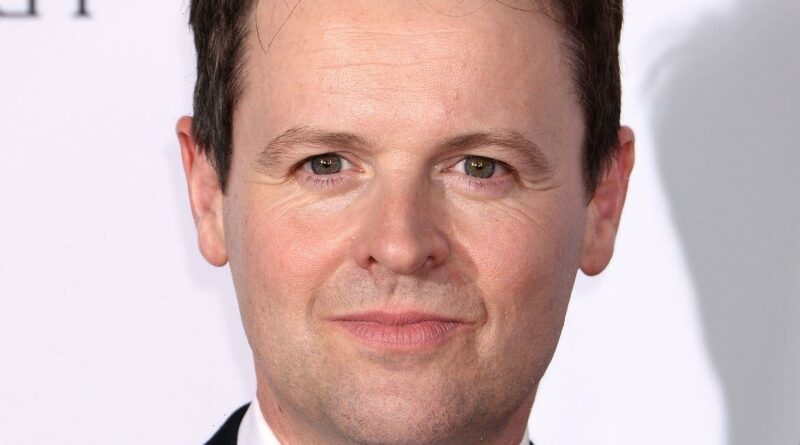 X Factor host Declan Donnelly is preparing “to bid an emotional farewell” to his older brother Father Dermott Donnelly, who sadly passed away at the age of 55 earlier this month.

Half of popular duo Ant & Dec, Declan, 46, will head up to his hometown of Newcastle for his brother’s funeral that is due to take place on Friday.

His presenter partner, Ant McPartlin, also 46, is expected to join his friend at the service as well as many relatives from Ant's parents’ native Ireland.

Priests from across the North East are also expected to attend the funeral of their fellow clergyman who served the Catholic church for 30 years.

The Donnelly family released a statement regarding Dermott’s funeral.

It read: “Due to limited space, we would encourage those who wish to participate in the Requiem Mass on Friday 29 July to gather at St Michael’s church.

“The Mass will be live-streamed and Holy Communion will be made available. Following the Requiem Mass, Fr Dermott’s cortege will pass St Michael’s for those who wish to pay their respects.”

The I’m a Celeb host’s brother passed awayfell unwell and was taken to hospitalafter collapsing earlier this month.

Confirming the tragic news, the Bishop of Hexham said in a statement: "It is with great sadness that I inform you of the death of Fr Dermott Donnelly who died peacefully this afternoon in hospital.

"This has come as a great shock to all of us."

Later in the day,Dec took to Twitter to address how "heartbroken" he wasto lose his brother.

He wrote on the official Ant & Dec Twitter page: "I am heartbroken to tell you that my darling brother Fr Dermott, @TweeterPriest, sadly passed away this afternoon.

"We are all beyond devastated. Thank you for your messages of sympathy and support, they are appreciated."

The news of Dermott's passing comes just hours after it was revealed that he'd been taken to hospital after Stanley, Dipton & Byermoor Catholic Parishes asked people for their prayers.

Dermott and Declan were said to be very close, with Dermott even officiating his brother's 2015 wedding to Ali Astall.

TheBritain’s Got Talentpresenter headed back up north to be with his brother in the hours before his tragic death.

A source toldThe Sun: “[Dec] headed north as soon as he heard the news.

"He was among 12 family members at his brother's hospital bedside, as well as priests who know Fr Dermott very well.

"Fr Dermott was so well loved. Hundreds of people were praying for him – you couldn't wish to meet a nicer person."