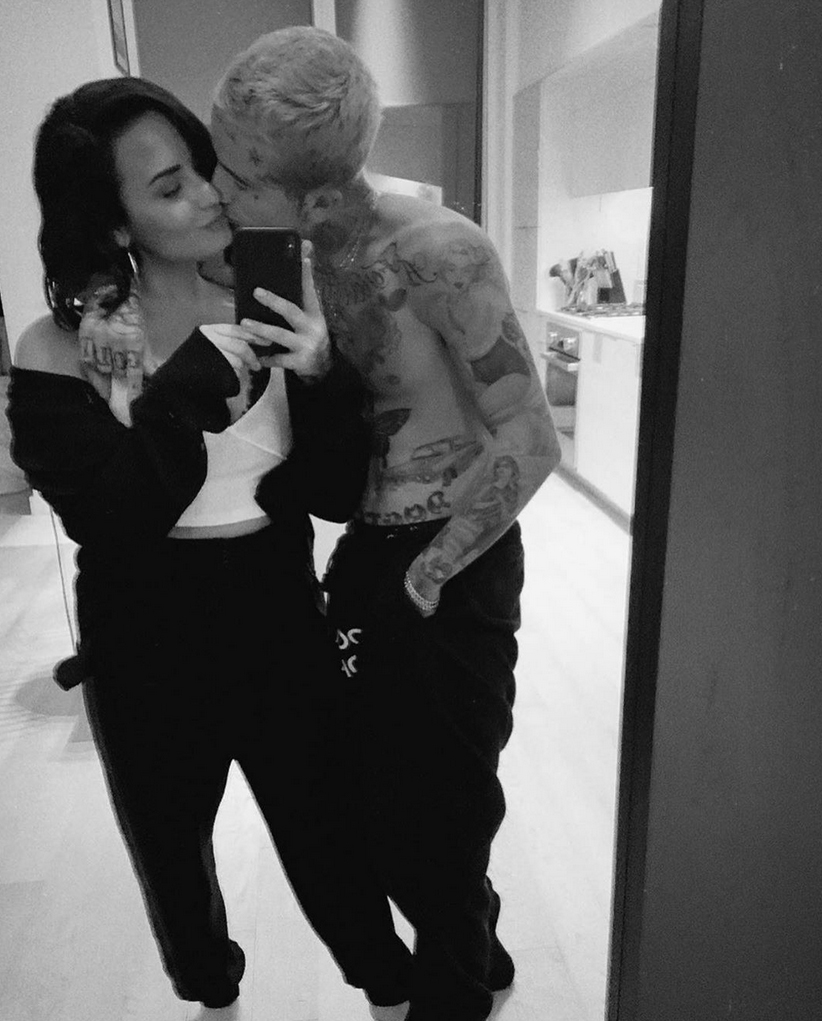 Demi Lovato has a new man in her life! The singer debuted her relationship with Los Angeles-based model Austin Wilson on Instagram on Wednesday, November 13.

“My ❤️…” Lovato, 27, captioned a black-and-white mirror selfie with a shirtless Wilson, who showed off his heavily tattooed body as he gave her a kiss on the cheek.

Wilson, meanwhile, uploaded a different mirror selfie with the Grammy nominee on his Instagram account alongside the caption, “My love.”

While it is unclear when Lovato and her new beau started dating, they may have grown close after their mutual friend Thomas Trussell III’s death in October from a drug overdose at age 31. The pop star got a “T” tattoo on her forearm in honor of Trussell, while Wilson remembered the late model on Instagram as his “bro” and “a special soul.”

The news of Lovato’s latest romance comes two weeks after Us Weekly confirmed that she and The Bachelorette alum Mike Johnson “pumped the brakes” on their brief fling.

“They went on a couple of dates and texted each other every day, but it was never a serious, full-blown relationship by any means,” a source told Us. “There is absolutely no love lost between them. The timing just wasn’t right because they’re both so busy.”

Lovato has been busy recording her next album and filming her three-episode guest role on Will & Grace in recent months. She reflected upon the past year, which included a near-fatal drug overdose and a stint in rehab, during a candid interview on November 4.

“What I see in the mirror [is] someone that’s overcome a lot. I’ve been through a lot and I genuinely see a fighter,” she said on stage at the Teen Vogue Summit. “I don’t see a championship winner, but I see a fighter and someone who is going to continue to fight no matter what is thrown their way.”