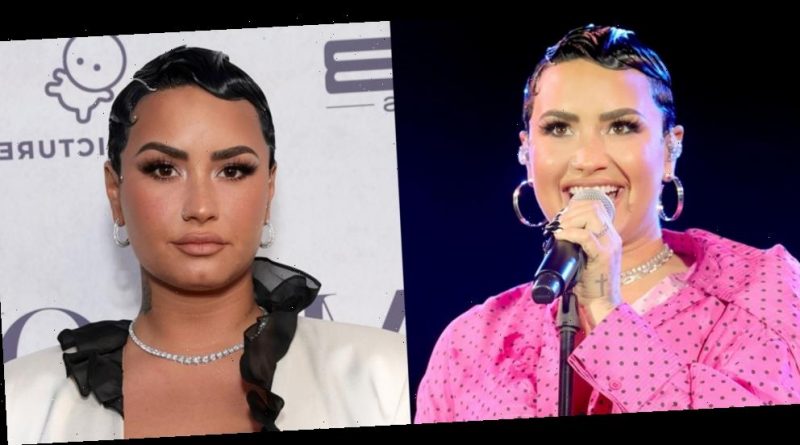 Demi Lovato wears a black and white dress to the premiere of her new YouTube docu-series Demi Lovato: Dancing With The Devil on Monday night (March 22) in Beverly Hills, Calif.

The 28-year-old entertainer switched up her outfit later in the night to perform the title track for the crowd at the drive-in event, held on top of a parking garage at The Beverly Hilton Hotel.

“Tonight’s performance of ‘Dancing With The Devil’ from the @YouTube Documentary Premiere… @OBB @ratty #DemiDWTD So incredibly proud of you, @ddlovato,” Demi‘s mom Dianna De La Garza captioned a video on Twitter. Watch below!

Demi also performed her song “Anyone,” which will be the first track on her new album Dancing With The Devil… The Art of Starting Over, out NEXT Friday, April 2nd.

Also in attendance at the premiere was Demi‘s manager Scooter Braun, with wife Yael, and the director of the docu-series, Michael D Ratner.

The first two episodes of Demi Lovato: Dancing With The Devil premiere TODAY (March 23) at 12pm PT on YouTube, with the next two episodes premiering the following two Tuesdays.