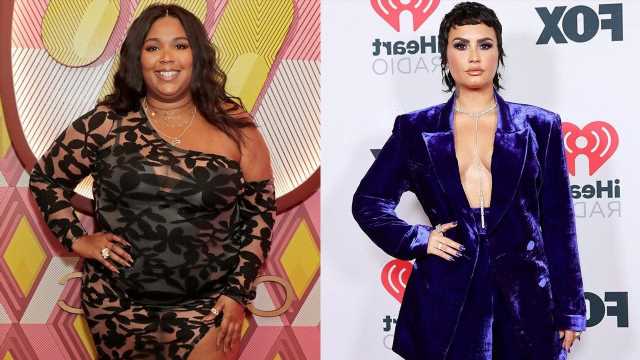 Demi Lovato is sending some love to Lizzo after the “Truth Hurts” singer spoke up to a paparazzo about using Demi’s correct pronouns. Demi came out as non-binary in May.

In a video posted on a Demi fan account on Twitter on Thursday, Lizzo is asked by a paparazzo about potentially performing or collaborating with Demi. When the paparazzo refers to Demi as “she,” Lizzo quickly corrects him.

When asked about Demi’s team contacting her team, Lizzo again reminds him of Demi’s correct pronouns.

“Oh, thank you for the correction!” the paparazzo responds. “You got me.”

Demi posted a screenshot of the video on their own Instagram Stories, writing, “@lizzobeeating you f**king queen I love you 😘 thank you 🥺🙏.” 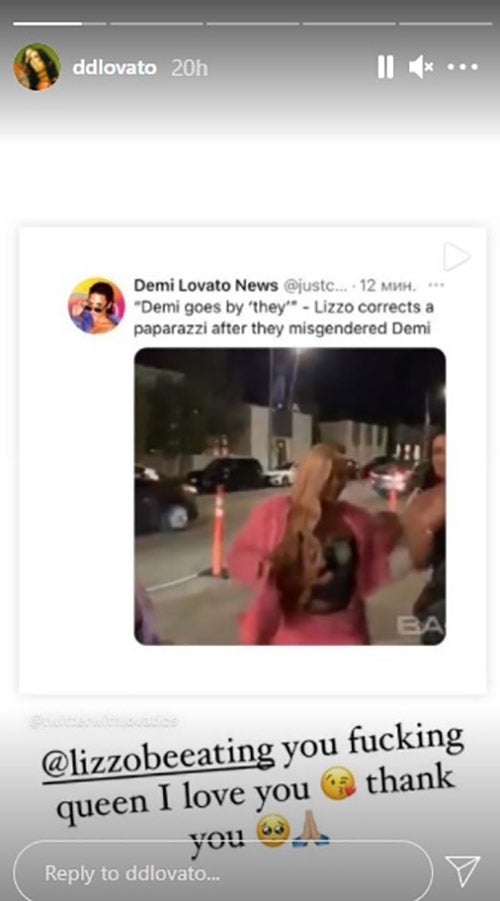 In May, 28-year-old Demi talked about changing their pronouns in their podcast, 4D With Demi Lovato.

“Over the past year and a half I’ve been doing some healing and self-reflective work and through this work, I’ve had the revelation that I identify as non-binary,” Demi said. “With that said, I’ll officially be changing my pronouns to they/them. I feel that this best represents the fluidity I feel in my gender expression and allows me to feel most authentic and true to the person I both know I am and am still discovering.”

“I will also be accepting if people slip and say ‘her/she’ because I know that being in my position, it’s going to take a while for people to get used to,” they added.

Last month, Demi talked about how their family and friends have been adjusting to their new pronouns in an interview with Audacy.

“My family has done an incredible job… I’ve noticed (Dallas) using them and they and it really does warm my heart up that people are trying,” Demi shared.

But they noted that their friends haven’t adjusted quite as easily.

“My friends have had a little harder time to get used to actually,” they acknowledged. “Just because I think, like, your friends are the ones that you’re more likely to be like, ‘biiiii*ch.’ I’m like, ‘Look, you can still call me bi*ch.'”