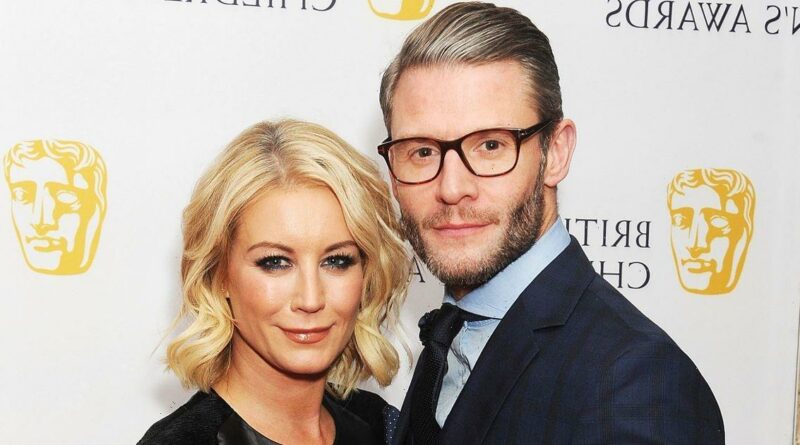 Denise Van Outen has opened up on the heartbreak and difficulties she's faced since splitting up from her ex-partner Eddie Boxshall in January.

The former couple, who were together for seven years and were engaged, called it quits on their longterm relationship after TV presenter Denise, 48, was reported to have discovered he'd been cheating on her.

The pair were at the centre of speculation that their relationship was on the rocks for months before they finally announced the split.

At the time, Denise kept quiet about the break-up and focused on her work projects, appearing on Steph's Packed Lunch and taking time out with her daughter Betsy, 12.

Now the star has shared all with friend Fearne Cotton on her Happy Place podcast, which comes as commodities trader Eddie told The Sun last month he was "deeply sorry" for breaking his former fiancée's "trust".

"It doesn't matter who you are or where you are it hurts just as deep."

The mum-of-one recalled how she'd spent late nights thinking and analysing what had happened, struggling to move on with her life.

"Those nights of just sitting there on the patio three/four o'clock in the morning feeling drained and empty," she continued.

"Thinking I don’t know how I’m going to get through the next week because I feel so broken, it’s horrible.

"It hurts. I couldn’t breathe, I phoned one of my friends one night and I felt like someone was sitting on my chest, literally could not breathe.

"You get that knot in your stomach, and it won't go, and you’re like 'When will this feeling leave me?'" the presenter went on.

But despite going through unimaginable pain over the last several months, Denise insisted she's getting back on track gradually.

At first, the star admitted she felt like she couldn't "function" following the huge shift in her life, but she felt pressured to carry on with her work and social commitments because she couldn't show any cracks in her armour.

Now, the Celebrity Gogglebox star is finally "learning" and "healing" with a therapist for the first time in her life, and so far it's really helping.

"I'm enjoying therapy. I'm learning so much about myself. That I hadn't even looked at myself properly," she added.