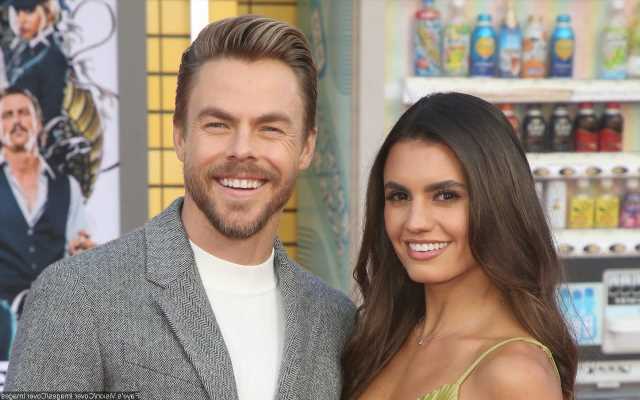 The 28-year-old dancer, who got engaged to the ‘Dancing with the Stars’ judge in June this year, informs her Instagram followers that the car accident took place on December 12 in the mountains.

AceShowbiz –Derek Hough and his fiancee Hayley Erbert were recently involved in a “scary” car accident. Hayley revealed the news by sharing a graphic video of the aftermath of the incident.

The clip, which was posted on Instagram on Friday, December 23, featured footage of their damaged car, their visit to the ER and the moment when Hayley received stitches in her forehead.

Hayley began her caption by writing, “On December 12, Derek and I got into a pretty scary car accident in the mountains.” She added, “Our accident involved a steep hill, icy roads, a tree, and worst of all, the fear that we would slide off the mountain. Given the circumstances, we have so much to be grateful for.”

“First, that there were no other people involved. Second, the quick response from paramedics,” she continued. “And lastly, that we are both okay and that I only walked away a little banged up, a swollen face, and four stitches above my eyebrow.

The 28-year-old went on to note, “Now, more than ever, we realize how fragile life is and how important it is to love those around you.” She then concluded, “We hope that everyone has a safe, healthy, and happy holiday season. XO.”

Derek then jumped into the comment section and detailed, “The scariest part was that Hayley doesn’t remember anything.” He recalled, “She was dazed afterwards, being cheerful saying we should keep going to dinner as blood ran down her face. That really scared me. She came to 20 minutes later when the firemen arrived.”

The incident occurred more than six months after Derek proposed to Hayley. When announcing the engagement on Instagram, the “Dancing with the Stars” judge gushed, “It’s only the beginning…the beginning of forever.”