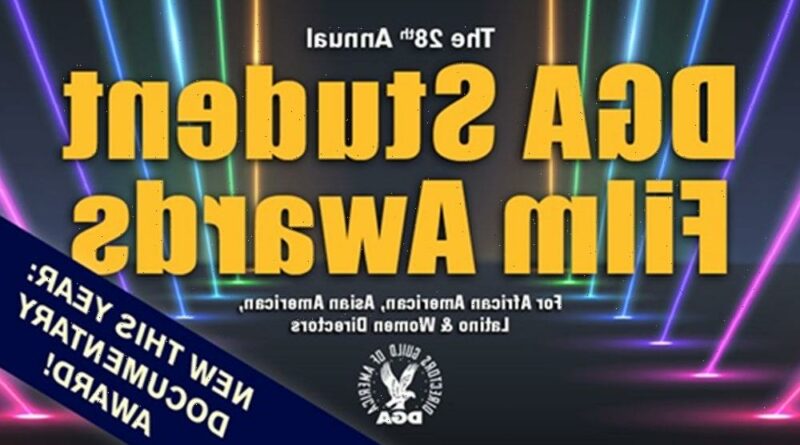 The DGA today announced the winners of its 28th annual DGA Student Film Awards for African American, Asian American, Latino & Women directors. The awards were created in 1995 “to address the severe underrepresentation of directors of color and women in feature filmmaking by honoring, encouraging and bringing attention to exceptional diverse directors in film schools and universities across the country.”

Student filmmakers at USC received seven of the 10 awards handed out in the western region – more than those at any other school in the country. The awards ceremonies and screenings will be held at the DGA’s theater in New York today and in Los Angeles tomorrow.

“We are proud to see the high caliber of diverse talent emerging from the 28th Annual DGA Student Film Awards,” said DGA President Lesli Linka Glatter. “As we are committed to promoting inclusion in our industry, this program consistently draws a wide swath of submissions from a broad spectrum of filmmakers. Although much has positively changed in the industry since these Awards were first created in 1995 by the DGA’s National Board, the statistics today for feature filmmakers who are women and people of color leave significant room for improvement.

“We are proud of the many previous student director winners like Ryan Coogler, Patricia Riggen, and John Chu who have gone on to feature film success.  And with our new inaugural Documentary Award, we feel the work holds an even bigger mirror to the experiences and storytelling of these talented student filmmakers. Our congratulations to this extraordinary group of honorees and best wishes on their future endeavors.”

The 2022 winners, selected by blue ribbon DGA member panels, are:

Award Winner: Ralph Parker III of University of North Carolina School of the Arts for Sammy, Without Strings

Jury Award: Clarke Phillips of University of North Carolina School of the Arts for Suga Brown

Jury Award: Danny Rogers of USC for The Fairchild

Award Winner: Sachin Dheeraj Mudigonda of The University of Texas at Austin for Men in Blue

Award Winner: Nicole Chi Amén of The University of Texas at Austin for Comadre

Jury Award: César Velasco of Chapman University for A Song of the Land

Jury Award: Diya Correa of USC for The First Day of Being Black

Award Winner: Tayton Troidl of Rochester Institute of Technology for A Life in Boxes

Jury Award: Kainoa Presbitero of City College of New York (CUNY) for A Hui Hou (Until We Meet Again)