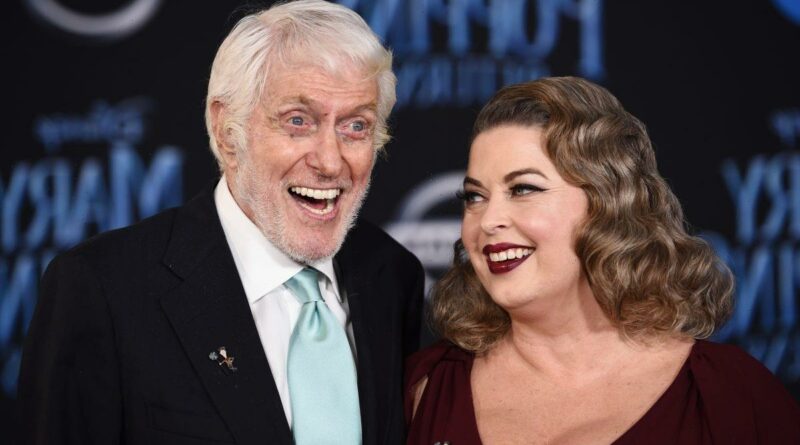 Dick Van Dyke is a legendary actor who is best known for starring on The Dick Van Dyke Show as well as movies such as Mary Poppins (1964) and Chitty Chitty Bang Bang (1968).

Given his star status, many fans are interested in his personal life and relationships. He is currently married to make-up artist Arlene Silver, who is 46 years his junior. Van Dyke recently shared that he was initially scared people would criticize his marriage.

Throughout his long career, Van Dyke has had a few long-term relationships.

In 1945, when Van Dyke was working as a radio host, he began dating a woman named Margie Willett. Then, the pair got married in 1948 on the radio show Bride and Groom, which helped pay for their honeymoon. The couple welcomed four children together: Christian, Barry, Stacy and Carrie Beth.

Van Dyke and Willett separated in the late 1970s after Van Dyke had an affair with his agent’s secretary, Michelle Triola. He wrote in his 2011 memoir, My Lucky Life In and Out of Show Business, about the affair, “Our phone conversations turned into lunches and those evolved into low-key dinners in dark restaurants where we could avoid attention.”

Van Dyke and Willett officially divorced in 1984. Meanwhile, Van Dyke and Triola ended up having a relationship that lasted for more than 30 years until her death in 2009. She died after having been diagnosed with lung cancer.

Speaking to Closer Weekly in March 2022, Van Dyke admitted he was scared of people judging their relationship. He said, “I thought there would be an outcry about a gold digger marrying an old man, but no one ever took that attitude.”

Silver also shared that she never felt the age gap between them. “We got along immediately as friends, so it didn’t feel like he was so much older than me,” she said of their first meeting.

Arlene Silver says their relationship is a ‘fairytale’

In an interview with Huffpost in 2013, Silver opened up about their marriage, which is now going on its 10th year. She revealed that it is “an absolute fairytale.”

“It’s like a modern day My Fair Lady,” she explained. Silver added, “I originally started working on the SAG Awards assisting the Art Director, I was laying out the tablecloths and making the centerpieces etc. … Fast forward to a few years later and I’m on the red carpet in a beautiful gown with the guest of honor. Dick is definitely my prince!!”

She also shared that she and Van Dyke are “always singing and dancing.” Additionally, Van Dyke has “the wonder of a child.”

“He’s just fun, he’s open minded. He’s not stuck in his ways at all,” Silver said. “We’re both like children. We feel like we’re both having a second childhood.”