Home » Celebrities » Did Jon Gosselin Break Up With Longtime Girlfriend Colleen Conrad After Her Cancer Diagnosis?? 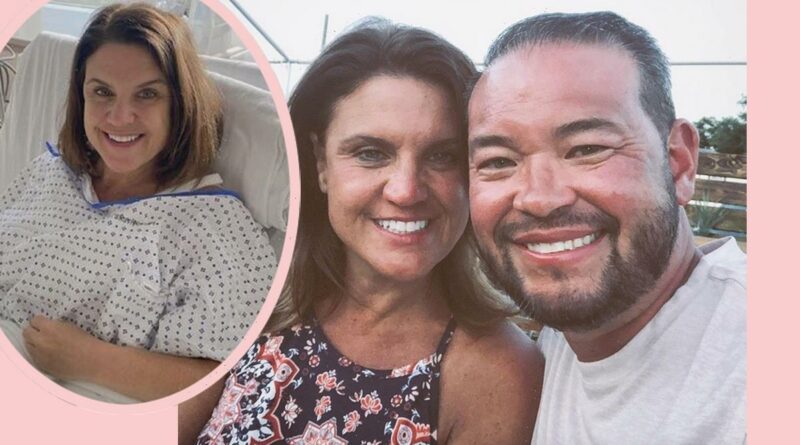 Awful news for Jon Gosselin‘s longtime girlfriend. Or is it ex??

The mother of two revealed she procrastinated — like so many of us do — with getting an exam. But when she finally went in April, she got the worst news possible.

“I went for a mammogram on 4/15. I had put it off for almost 2 1/2 yrs due to lack of time and Covid and later got a call that a mass was found in my right breast. Everything after that happened so fast.”

Such a terrifying ordeal.

A week later her worst fears were confirmed. She continued:

“Then on 4/21, I got the call that is confirmed it was cancer. Stage 2, triple-negative breast cancer. I was BRCA1 and 2 negative. Everything seemed so surreal.”

That didn’t last. Colleen eventually felt the mass herself — and had to face her mistake in not keeping up with her health.

“I think the first time it hit me and felt real is when I felt the lump myself in the shower. That was the first time I broke down and cried. I had not been doing monthly self-breast exams like I should have. “

But hopefully the story of her mistake can help save the lives of others — that’s why she decided to go public with the very difficult news:

“The reason I decided to post this was that I was lucky that it was caught early. And to remind everyone not to put off your mammograms and do your monthly breast exams. Set a monthly alarm if needed. Even men, who can also get breast cancer. Early detection will make the world of difference and give you a better fighting chance. “

“Lucky” is relative here of course. But as far as a cancer diagnosis goes, she’s right. She revealed she was able to get surgery right away, a single mastectomy, less than three months after the diagnosis. She wrote:

“I am very happy with the outcome but I also had amazing surgeons at Penn Medicine in Philadelphia. After my surgery I found it had not spread to the nodes, thank God, and they were able to downgrade to stage 1. I’m still waiting on the Oncotype number to see if I need chemo. If less than 25 I won’t.”

We are certainly rooting for her. As are her loved ones, as she wrote gratefully:

“I was also lucky enough to have support through amazing friends and family but mostly my 2 kids Jesse and Jordan and my sister Debbie. Even though My sister was 1200 miles away. She was always there supporting me. I have one last surgery in about 2 months but I feel good!!”

Hmm. Anyone else notice she did NOT mention Jon or his kids at all? Nor was there a single photo of him with her as she went through her hospitalization…

The last photo they have together on social media is from November, when they celebrated their six year anniversary together. The two had been incredibly tight — Colleen was even close with Jon’s kids. On Mother’s Day 2020, Jon’s 16-year-old teenage son Collin wrote a post to Colleen instead of to Kate Gosselin (before making his IG private).

Of course, that was before Collin’s child abuse claims, something Hannah (the other of the two sextuplets who chose to live with Jon) defended her dad against. That drama went down in September, and they were still together in November of that year. But we can’t find any evidence of them being together after that. Hmm.

What we do see is Colleen going very Cryptic Khloé and posting on her IG just before the cancer reveal:

“You find out who’s really there for you when you need them to be there the most.”

Could she be talking about Jon??

Wait, the time she really needed people to be there… is she implying Jon left after the cancer diagnosis?? If that’s true it is not a good look for the former reality star, to say the very least.

We weren’t the only ones wondering, as followers started putting two and two together after seeing the posts as well — but Colleen has not confirmed their suspicions.

For what it’s worth, Jon has not commented on Colleen’s moving IG post. And his recent posts are all about going to Pennsylvania’s Musikfest or being a celebrity guest at something called the “Truck Meet” in Atlantic City.

What do YOU think? Did they break up? Was it after she was diagnosed with breast cancer??

In any case, wishing Colleen a full, speedy recovery!