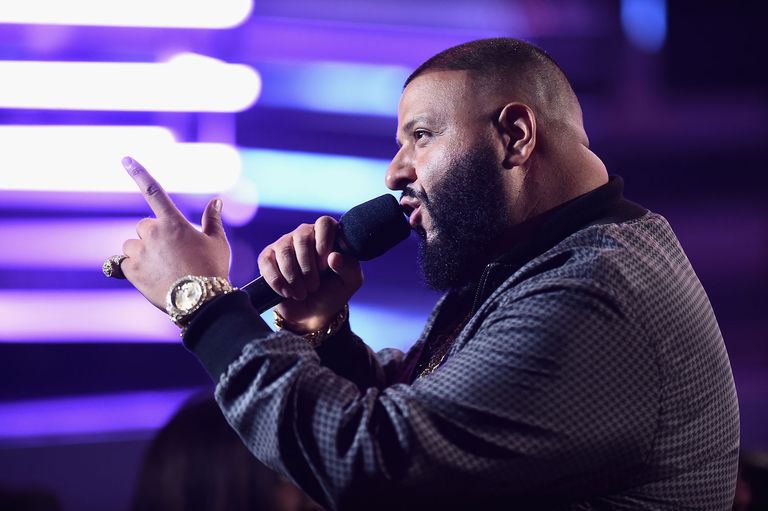 DJ Khaled, world renowned DJ/dodo bird, is up to no good — talking some kind of nonsense about how he doesn’t go down on his wife! And yet she gives him blow jobs! What in the world?!

Khaled, who is engaged to Nicole Tuck, was then asked to clarify if he meant he wouldn’t perform oral sex on women.

AND THEN! He made it worse by saying it’s not OK for women to refuse to perform oral sex on men. KHALED!!!

“It’s different rules for men,” he said. “You gotta understand, we the king. There’s some things that y’all might not wanna do, but it got to get done. I just can’t do what you want me to do. I just can’t.”

Fortunately, Twitter reacted in the perfect “nuh uh, honey” that you except from the internet. Here are the best reaction tweets:

DJ Khaled clarifies that he has other, more talented guys go down on his wife while he stands around and yells stuff like “DJ KHALED” and “WE THE BEST”

Hey @djkhaled — you opened your mouth for a couple minutes & now the whole world is coming for you.

DJ Khaled still makes his wife 69 with him but he just eats a roast beef sandwich the whole time.

Everyone congratulating themselves on eating pussy after the DJ Khaled news can pipe down until they’ve had group sex with somebody who is on their period.

Before the DJ Khaled news, I didn’t realize Alf was a hero. pic.twitter.com/tMhOY0BAm8

In his defense, @djkhaled is a spokesman for Weight Watchers and pussy is like 7 points per serving…

Everybody’s coming for DJ Khaled except his wife ?

I bet if you let him yell “DJ KHALED!” into your pussy he might change his mind

And then this bit of REALNESS:

And finally, this other bit of REALNESS:

But what if I didn’t want to spend all day imagining DJ Khaled giving head.