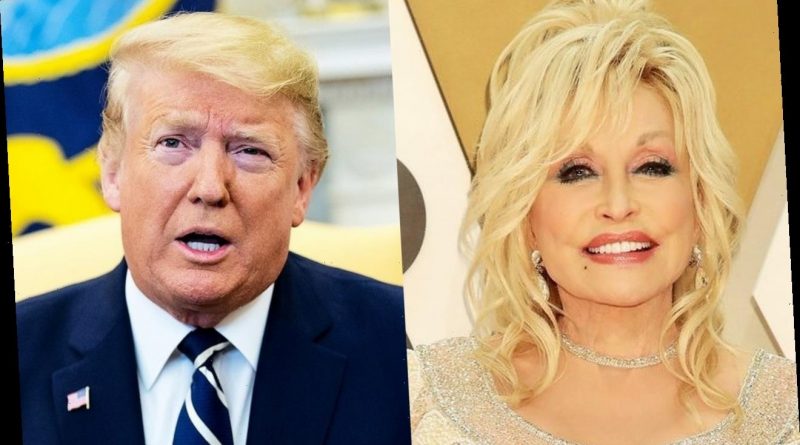 The ‘Jolene’ hitmaker explains why she turned down one of the nation’s highest civilian awards from the MAGA leader, suggesting it had nothing to do with politics.

AceShowbiz –Dolly Parton turned down the Presidential Medal of Freedom from former U.S. president Donald Trump twice during his time in office.

However, the legendary singer told the “Today” show that her rejection of the prize wasn’t due to her feelings about controversial Trump, but in fact due to matters closer to home.

“I couldn’t accept it because my husband (Carl Dean) was ill, and then they asked me again about it, and I wouldn’t travel because of the Covid,” she said.

And while Parton has already been offered the medal again by new president Joe Biden‘s White House, she’s still unsure whether or not she will accept.

“Now I feel like if I take it, I’ll be doing politics, so I’m not sure,” she sighed. “I don’t work for those awards. It’d be nice, but I’m not sure that I even deserve it. But it’s a nice compliment for people to think that I might deserve it.”

In December last year, former President Barack Obama regretted not awarding Dolly Parton the Presidential Medal of Freedom during his time in office because she “deserved” the prestigious honour for all her humanitarian work.

“That’s a mistake – I’m shocked. That was a screw up. I’m surprised. I think I assumed that she had already got one, and that was incorrect,” Obama said in an interview. “She deserves one. I’ll call Biden!”

The country music legend has always been a big philanthropist, but the “9 to 5” hitmaker recently hit headlines after it was revealed her $1 million (£755,000) donation to help medical experts at Nashville, Tennessee’s private research school Vanderbilt University find a cure for COVID-19 had resulted in the development of the new vaccine recently unveiled by officials at U.S. pharmaceuticals firm Moderna.