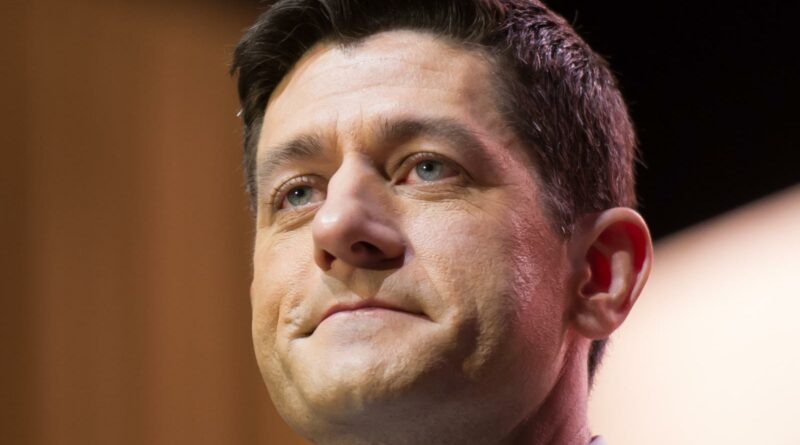 Donald Trump has taken aim at Paul Ryan after a speech in which Ryan slammed his “populist appeal.”

The war between Trump and his critics within the Republican party has been raging since he lost the election in 2020. And as the Associated Press reported, a significant majority of the GOP seems to be sticking by the former president, as they voted on May 28 to block an independent probe into the Jan. 6 deadly riots at the Capitol building. Trump had previously called the proposed investigation a “Democrat trap.”

Although Ryan didn’t mention Trump by name, the former House Speaker used his recent speech at the Reagan Library to criticize his influence, per CNN. “It was horrifying to see a presidency come to such a dishonorable and disgraceful end. So once again, we conservatives find ourselves at a crossroads,” Ryan commented. “If the conservative cause depends on the populist appeal of one personality, or on second-rate imitations, then we’re not going anywhere.”

The politician also praised Reagan as “impressive, polished and agreeable” and “a successful two-term president,” in contrast to modern-day Republican leaders. “Voters looking for Republican leaders want to see independence and mettle,” he added, per CBS News. “They will not be impressed by the sight of yes-men and flatterers flocking to Mar-a-Lago.”

And now, Trump has fired back at Ryan over his comments.

Trump called Ryan a "curse" and a "lame duck" politician

Donald Trump responded to Paul Ryan’s criticism by calling him “a curse to the Republican Party” in a post on his website.

Echoing previous rants about his critics in the Republican party, the former president referred to Ryan as a “RINO,” or “Republican In Name Only,” and accused him of enabling their political rivals. “Paul Ryan has been a curse to the Republican Party,” Trump wrote, claiming that he “became a lame duck Speaker of the House,” lost all of his popularity and “vote-getting capability” in his home state of Wisconsin, and was “the single biggest factor, other than Romney himself,” behind his running mate Mitt Romney’s loss in the 2012 presidential elections.

“He has no clue as to what needs to be done for our Country, was a weak and ineffective leader, and spends all of his time fighting Republicans as opposed to Democrats who are destroying our Country,” Trump continued. He also commented on Ryan’s position on the board of Fox News, insisting that the day the conservative politician joined the news platform, Fox “totally lost its way and became a much different place, with millions of its greatest supporters fleeing for good.”

Finally, Trump concluded that as a Republican, having Paul Ryan supporting you “almost guarantees a loss, for both you, the Party, and America itself” — which suggests that the bad blood between the two politicians won’t be resolved anytime soon.