Billie Eilish’s distaste for Donald Trump caused her to be nixed from a possible COVID-19 PSA campaign, as his team claimed she is ‘destroying our country.’

President Donald Trump has precious few celebrity supporters when it comes to major Hollywood stars and top musicians. So when it came time for his administration to assemble a list of big names who could possibly be used to participate in a publicly funded $250 million public health campaign to “defeat despair and inspire hope” amid the COVID-19 pandemic, it became partisan. That is according to documents obtained by Democratic House lawmakers, the Washington Post reports. A number of big stars were ruled out simply because they have been critical of Trump and his policies.

Grammy winning singer/songwriter Billie Eilish‘s name came up, but the 18-year-old was described as “not a Trump Supporter” and “destroying our country and everything we care about,” according to the documents. Whoever drafted it seemed to have directly lifted the ‘Bad Guy” singer’s own remarks from her speech at the 2020 Democratic National Convention and turned them around. Billie said via an Aug. 19 video, “Donald Trump is destroying our country and everything we care about.” Geez, the Trump administration couldn’t even get original with their diss about Billie! You can hear her say the line in the below video:

Jennifer Lopez, 51, was also ruled out because of she was critical of Trump’s immigration policies during her 2020 Super Bowl halftime performance. Kids appeared to be in illuminated cages during the opening of “Let’s Get Loud,” highlighting Trump’s cruel policy of separating migrant children from their parents at the U.S.-Mexico border and putting them in detention centers. JLo also knocked out Bruce Springsteen‘s “Born in the U.S.A.,” while wearing giant feathered cape with the American flag on the back, and the Puerto Rican flag over the front. 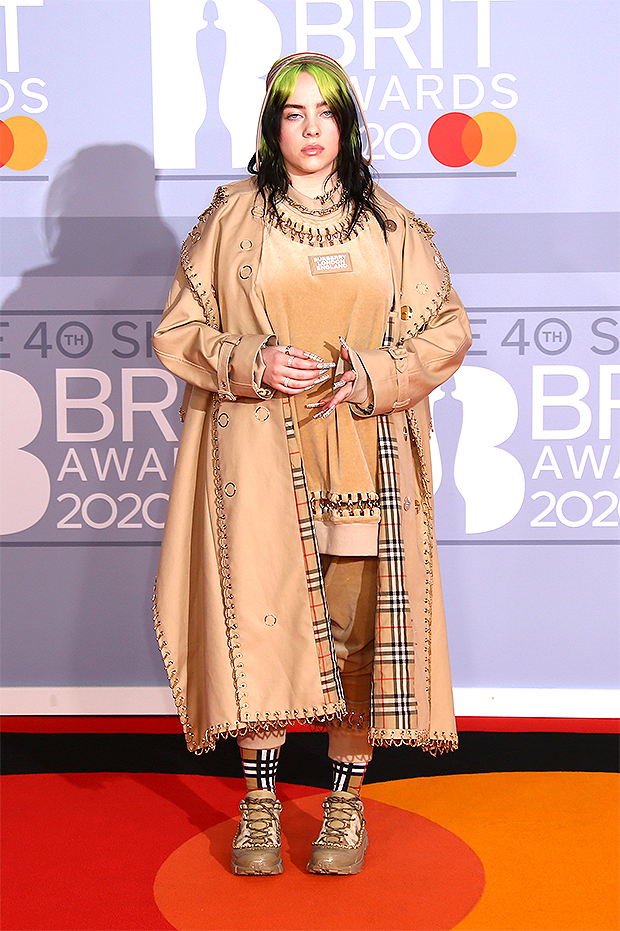 Producer/Director Judd Apatow was eliminated from the list because according to the documents, he “believes Trump does not have the intellectual capacity to run as President.” Another funny guy, comedian George Lopez‘s PSA was listed as “Not moving forward due to previous concerns regarding his comments regarding the President.”

Several singers other than Billie were eliminated, according to the documents. Christina Aguilera was called “an Obama-supporting Democrat and a gay rights supporting liberal,” while Maroon 5‘s Adam Levine was listed as a “liberal Democrat who supported Obama and fights for gay rights.” It was noted that singer-songwriter Justin Timberlake “publicly endorsed Obama and supports gay marriage.” Meanwhile, actor Johnny Depp didn’t make the cut because he “appears to be aligned with the liberal left” according to the docs. 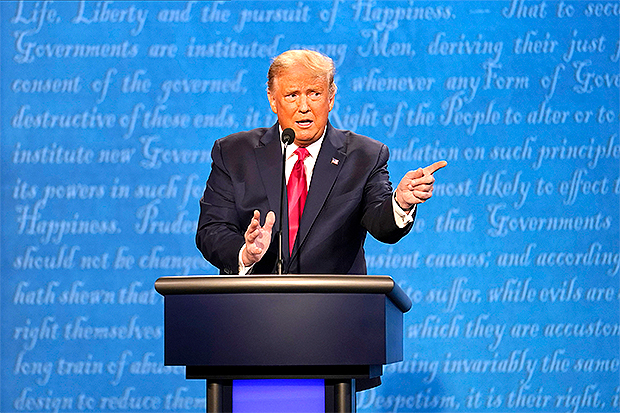 The Post reports that Health and Human Services Assistant Secretary for Public Affairs Michael Caputo wanted to use a taxpayer-funded campaign in Sept. 2020 to help boost Trump’s re-election chances, with one of the campaign’s themes being “Helping the President will Help the Country,” according to a contractor’s document. Celebrities were then vetted on whether or not they had ever been critical of Trump, 74, or had been past supporters of former President Barack Obama, 59. Also included was whether or not the stars have been supporters of same-sex marriage and gay rights.

Trump’s administration discovered he had precious little support among entertainers. According to the docs obtained by the Democratic lawmakers, 274 celebrities were considered for the PSA campaign, but only 10 appear to have been made the cut by the Republican administration. Those who were approved to appear in the Trump PSA’s included: actor Dennis Quaid; country singers Billy Ray Cyrus, Miranda Lambert and Garth Brooks; gospel singer CeCe Winans; singer Marc Anthony; Hasidic singer Shulem Lemmer; pop singer Enrique Iglesias. Dr. Mehmet Oz, and former NBA star Dwyane Wade.

“As we respond to the COVID-19 pandemic, HHS has maintained an open line of communication with members of Congress and we will continue to regularly and proactively update members and their staff. While testifying before the House Select Subcommittee on the Coronavirus Crisis, Secretary Azar announced that he had ‘ordered a strategic review of this public health education campaign that will be led by top public health and communications experts to determine whether the campaign serves important public health purposes.’ The review is ongoing.”

The spokesperson added, “The plan has always been to only use materials reviewed by a department-wide team of experts including scientists from CDC who will ensure the latest scientific information is used to provide important public health, therapeutic and vaccine information.”