Adorable 11-year-old transplant patient is left speechless as Drake surprises her in hospital, after she revealed she had just two wishes: to receive a new heart and to meet the God’s Plan rapper

It may be unclear if Kiki will ever love Drake, but Sofia Sanchez sure does.

The 11-year-old, who is awaiting a heart transplant, had her dreams come true when the rapper visited her at Lurie’s Children Hospital of Chicago on Monday.

Drake posted a sweet Instagram photo of the pair’s visit, writing in the caption: ‘Me and my love Sofia talking about Bieber and Owls and Basketball’. 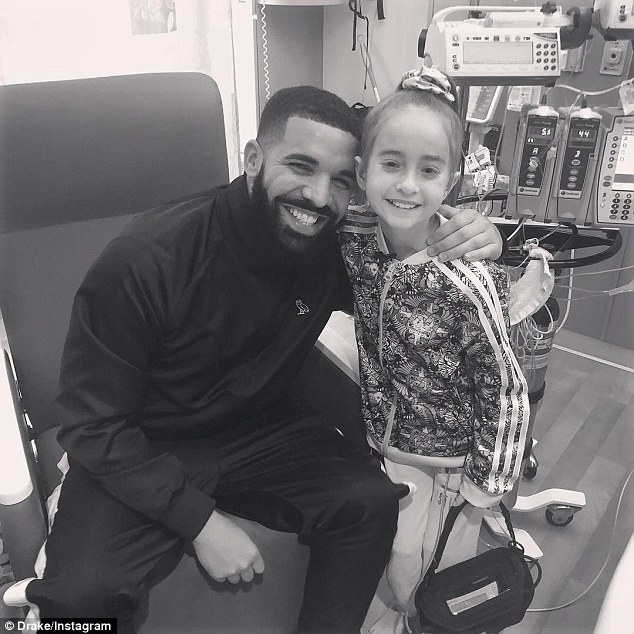 Drake visited an eleven-year-old fan named Sofia Sanchez, who is awaiting a heart transplant at Lurie’s Children Hospital of Chicago, on Monday

‘Oh my god!’ Sofia screams as the In My Feelings rapper walks into her room in the sweet clip.

‘You asked me to come, I’m here,’ Drake told her, feigning nonchalance. ‘What’s up?’

Sofia’s jaw drops as she looks at her idol, unable to speak for the first minute.

Then Drake asks her what she’s watching on her laptop, and the girl shyly reveals it’s the popular CW drama Riverdale.

‘Have you seen it? It’s on Netflix,’ she begins to explain, her bubbly personality now shining through. 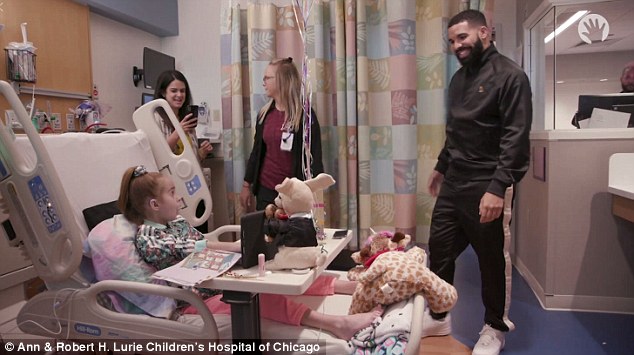 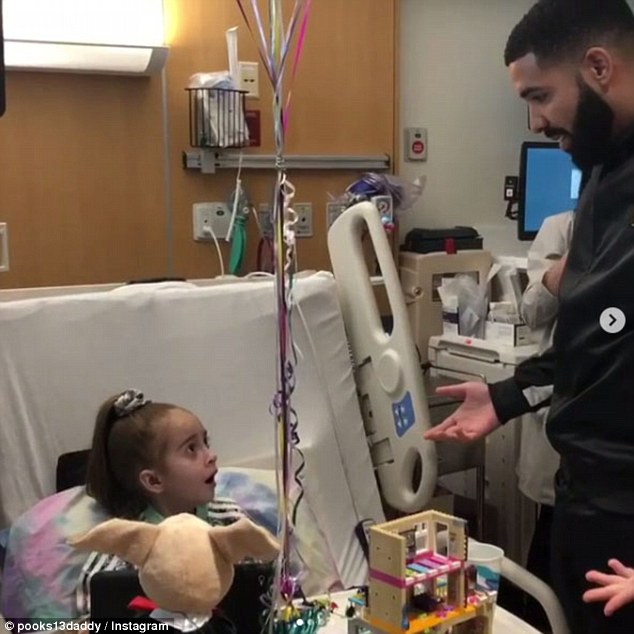 ‘Oh my god!’ Sofia screams as the In My Feelings rapper walks into her room. ‘You asked me to come, I’m here,’ Drake told her, feigning nonchalance. ‘What’s up?’ 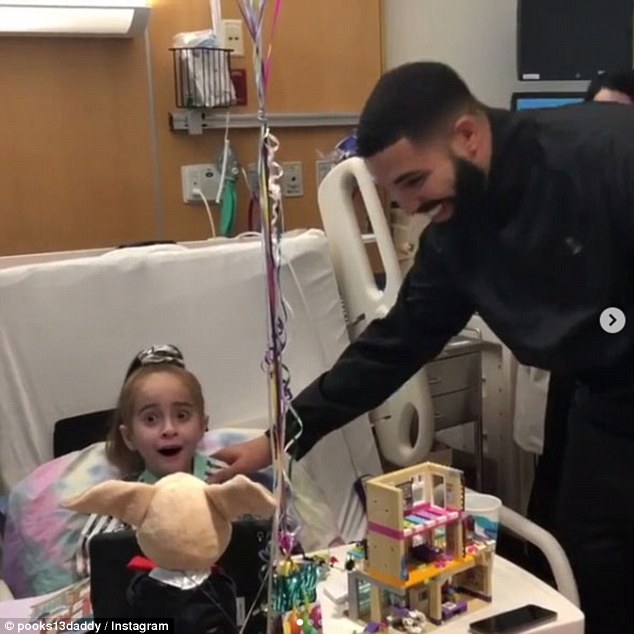 Drake put a friendly hand on Sofia’s shoulder as she turned to the camera, her eyes wide

‘I’ve seen it once or twice,’ Drake says with a laugh, before asking: ‘You wanna give me a hug or what?’

‘Yes please!’ Sofia happily replies, jumping off her hospital bed to give him a huge embrace.

‘I’m so happy I got to see you,’ Drake tells his young fan, to which Sofia excitedly squeaks: ‘I’m so happy you came!’

The pair then happily took selfies and Instagram videos while Drake gifted Sofia with some of his merchandise and even sang her his hit song God’s Plan.

He also gifted Sofia with his autograph, but not before asking for her own signature first. 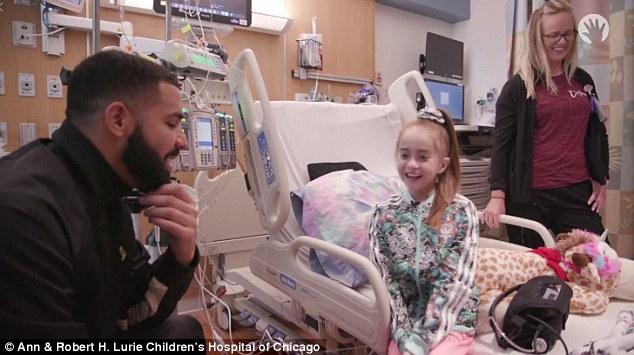 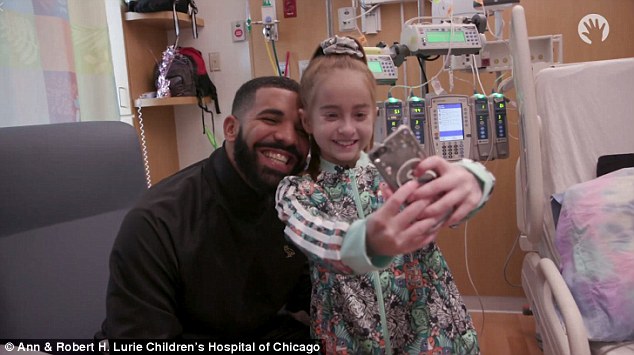 Sofia was diagnosed with cardiomyopathy, a heart muscle condition that can make it hard for the heart to deliver blood to the body and potentially lead to heart failure.

A heart transplant is often needed to survive, and Sofia is currently on the waiting list.

Sofia underwent open heart surgery three weeks ago in order to connect a mechanical pump to help support her heart and blood flow.

The surgery often serves as a bridge to heart transplantation and is only performed four times a year at the Lurie’s Children Hospital. 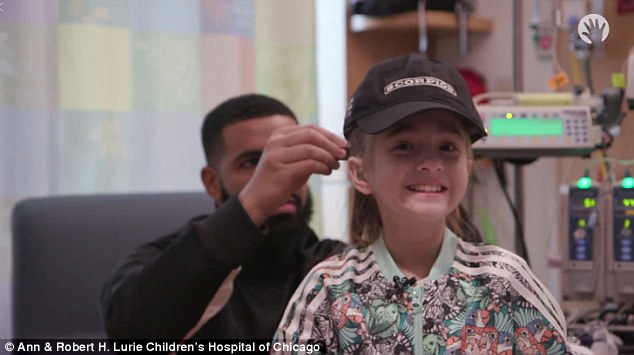 Drake even brought Sofia some merchandise and sang her God Plan’s, one of his hit songs 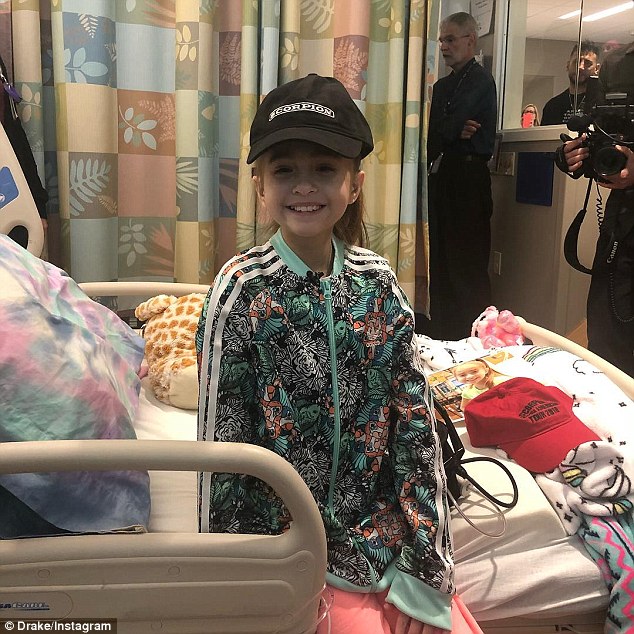 Sofia beamed in a shot from her hospital bed after meeting the rap star, revealing it was one of her two birthday wishes 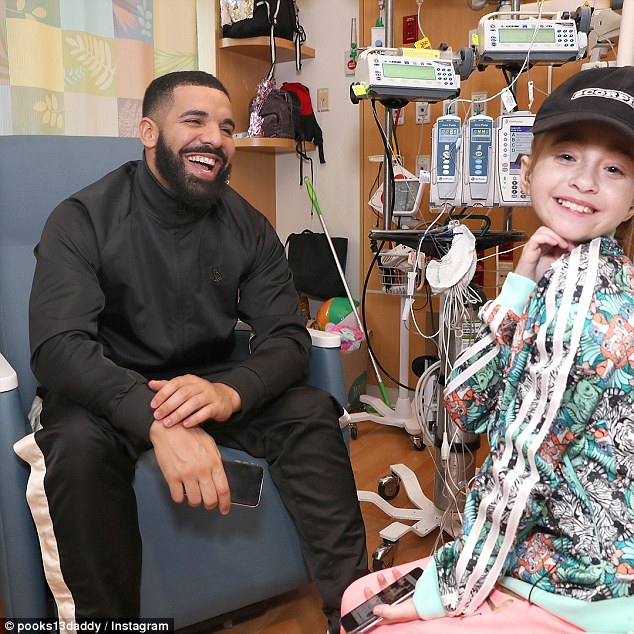 Sofia was diagnosed with cardiomyopathy, a heart muscle condition that can make it hard for the heart to deliver blood to the body and potentially lead to heart failure

Sofia, who celebrated her birthday on Saturday, only had two wishes: to receive a new heart and to meet Drake .

The Toronto native, who played at the United Center in Chicago on Saturday, visited Sofia after she posted a video doing the Kiki Challenge at the hospital while hooked to her IV.

Sofia said it was a ‘miracle’ that she got to meet Drake.

‘He’s one of the first wishes I got in a long time,’ she said in a sweet video posted by the hospital. 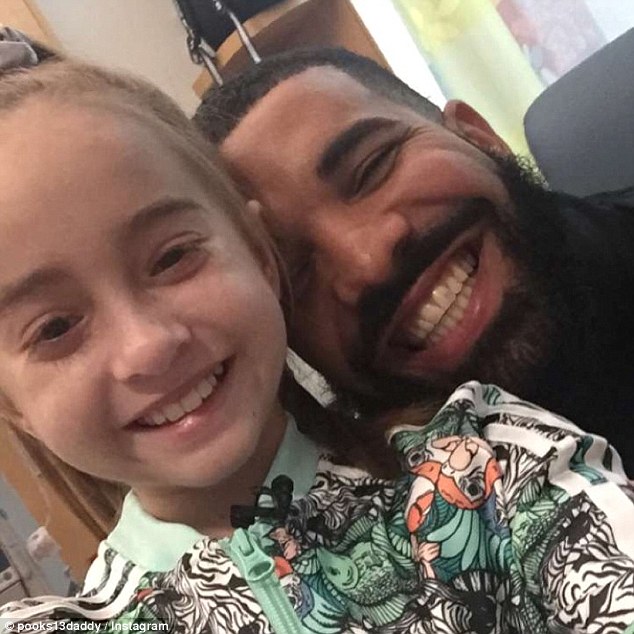 A heart transplant is often needed to survive, and Sofia is currently on the waiting list 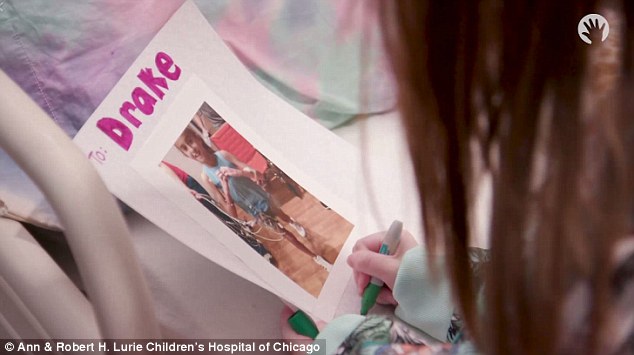 Before he left Drake gave Sofia his autograph, but not before asking for her signature first

‘This is the best birthday present I’ve ever had,’ she added. ‘Thank you so much Drake for coming to see me, it means a lot for you to come and cheer me up.’

‘She came in with heart failure, she was so ill,’ he said.