Home » Celebrities » Did Duchess Meghan Forget to Curtsy to Queen Elizabeth at the Wedding?

A mistake of royal proportions? Meghan Markle might have forgotten to curtsy to Queen Elizabeth II after the newly minted duchess’ wedding to Prince Harry on Saturday, May 19, and Twitter went into a frenzy.

The Duke and Duchess of Sussex walked up the aisle together after they were married, but some think they did not stick to royal protocol by forgoing bowing and curtsying to the 92-year-old queen when they passed by where the monarch was seated with other members of the family, including her husband, Prince Philip, and Duchess Kate. 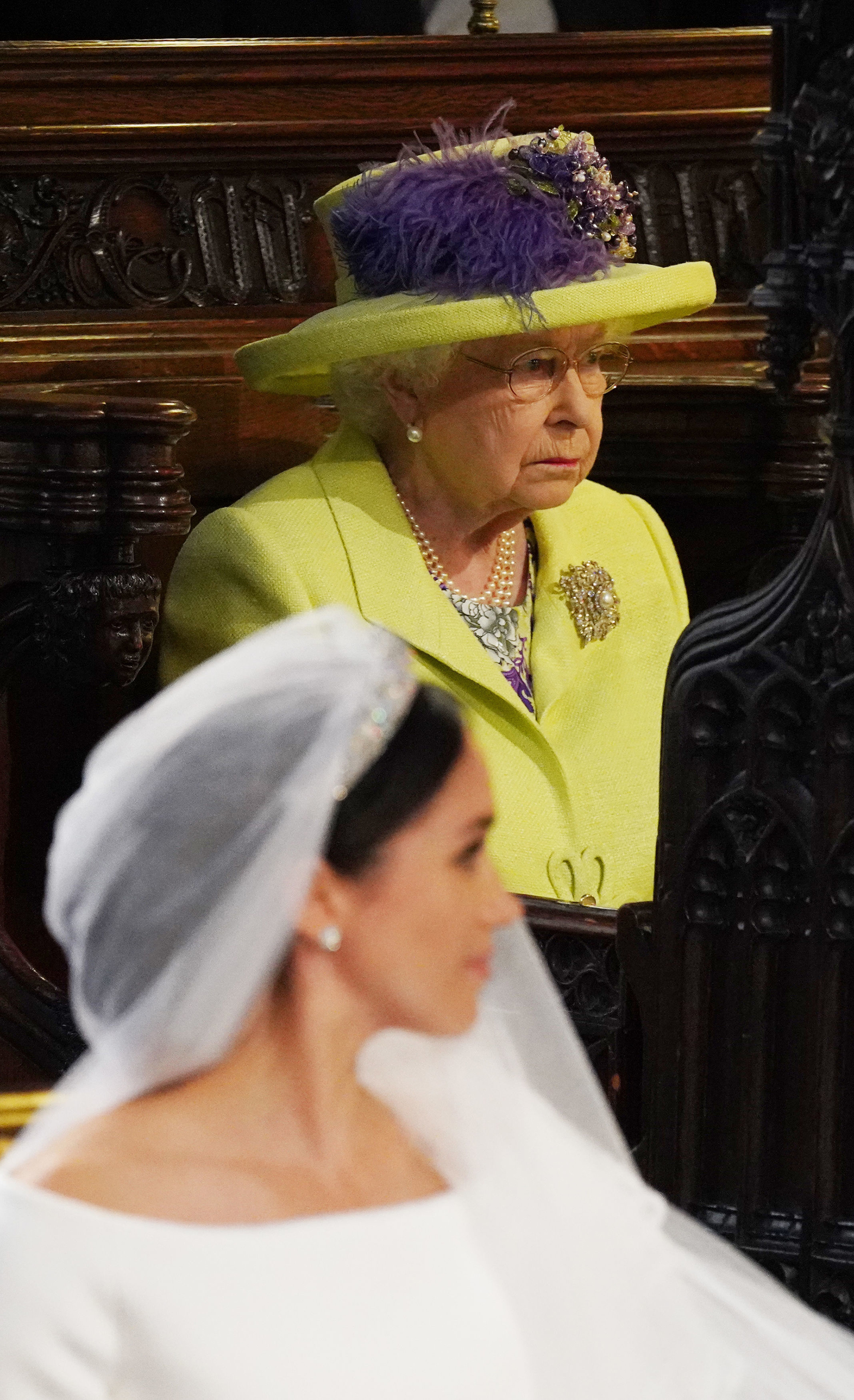 Viewers reacted on social media to what some perceived as a faux pas. “Did Meghan not curtsy to the Queen or did I just miss it?!” one person tweeted.

“Could someone please tell me why she did not curtsy to the Queen?” another wrote. “Is this a new protocol? Because she is American? Because she forgot? What?”

“The consensus @whatmegwore HQ is that the curtsy was skipped,” an account dedicated to the duchess’ fashion choices tweeted. “Perhaps because Meghan is still an American citizen?”

Interestingly, Prince William and Duchess Kate did bow and curtsy to the queen after their 2011 wedding ceremony at Westminster Abbey.

Harry and Meghan exited St George’s Chapel and shared their first kiss as a married couple on the venue’s steps as hundreds of guests looked on. They then proceeded to hop in the Ascot Landau carriage for a ride around Windsor. The duke and duchess beamed as they waved to onlookers.