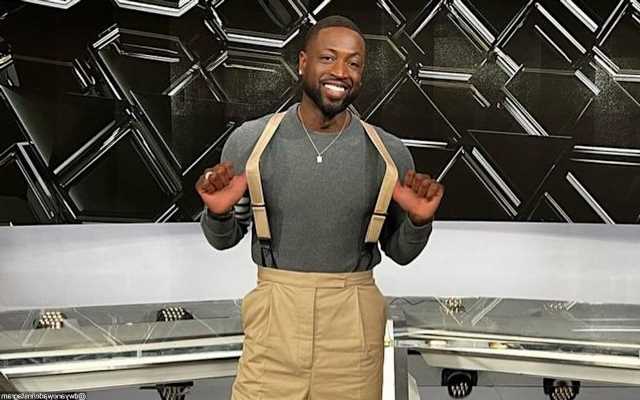 Attending the annual fundraising event with his wife Gabrielle Union, the former NBA star shares a moving message to ‘the dads out there, whose kid has just come out as trans.’

AceShowbiz – Having been a supportive parent to his transgender daughter, Dwyane Wade has made use of his experience to help teach others who may be in similar situations. The former NBA star has shared a moving message to other fathers who have trans children.

The 40-year-old shared his advice to fellow parents when met at the 2022 Met Gala on Monday night, May 2. Attending the event with his wife Gabrielle Union, the former Miami Heat player was asked by Variety, “What do you say to the dads out there, whose kid has just come out as trans?”

Dwyane was also asked what keeps him going fighting for his daughter Zaya. “Just being a father and just seeing our child grow up every day and doing what you’re supposed to be doing as a parent,” he responded. “It’s to make sure that you sit back and see what it is in life that they want to do, and try to go there with them, and try to help them, mold them into what it is they want to be and who they want to be.”

“So, we’re just doing our part as parents,” the hunk further elaborated. “We love our kids. We get to see them every day. That’s what people on the outside don’t get to see, but we know them and we see them all the time.” Gabrielle, who stunned in a shimmering silver dress, then chimed in, “And we believe them when they tell us who they are.”

Dwyane went on reminding parents who try to “mold” their children, “Any means and we try to make him just like us, which is understand like our kids are going to be who they are. It’s our job to help mold them and help. Try to, you know, push them in the right places that they want to go. But just remember that moment what you said in that in that hospital that day they were.”

Dwyane has since been showered with praise for his moving advice. “Love it!!! I’ll fight for mine too!!!” one responded. Another dubbed him “a real father.” A third added, “I LOVE seeing dads support & love their babies unconditionally,” while one other gushed, “beautiful to see such supportive parents.”