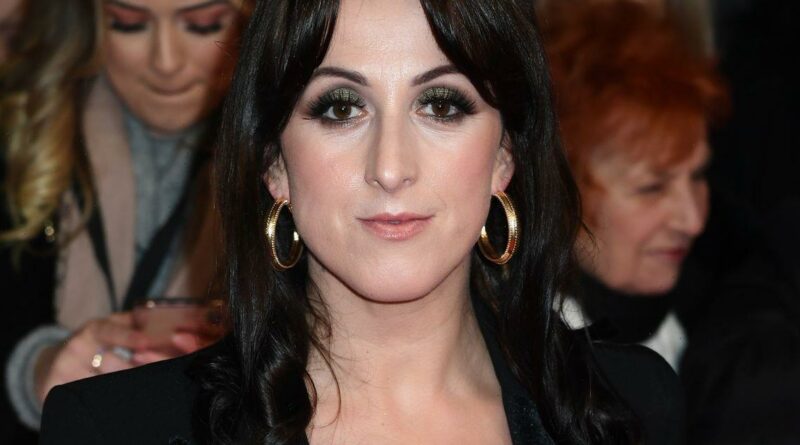 Natalie Cassidy has revealed how the death of her father inspired her daughter to do Junior Bake Off.

The EastEnders actress, 38, revealed how her daughter Eliza had been secretly taking part in the Channel 4 show only after she finished competing on the series last month.

Speaking about her daughter’s appearance on the children’s version of the Great British Bake Off, Natalie has now revealed it was the death of her father and Eliza’s grandfather last May that gave her inspiration to continue with the show’s intense recruitment process.

Natalie shared how, despite Eliza's grandfather passing away just a few days previously, the talented baker chose to continue with the show in his honour.

Speaking on the Ry-Union podcast with Rylan, Natalie explained: “It was such a lovely week watching her. She's loved baking since she was five – honestly driving me mad, kitchen a shambles, always tidying up. And she said to me in lockdown, 'Mummy, I’m going to apply, I’ve got the application form, I'm going to fill it all in' and I said: 'Ok darling, really? I don't want you to be disappointed'.

“And my Dad knew she'd got through for round one, round two and round three, and then my Dad passed away.

"And on the Saturday he died, on the Wednesday, she had to do her final audition, bake a great big cake, do interviews, and I said, 'Eliza, are you sure you up for this?', because he lived with us – very, very close – and she said 'I've got to do it for grandad', and she had his little photo there, baked the cake, spoke about him and was brilliant because it gave her something to do for the rest of the summer.

“And it was like a gift, I think from my Dad. That's why she did it. He said: 'No, she's got to do this because it'll keep her occupied'.”

Natalie shares her daughter Eliza, 10, with ex Adam Cottrell. She also has a daughter called Joanie, five, with her fiancé Marc Humphreys, who she met when he was working as an EastEnders cameraman.

The mum of two previously revealed on Instagram that she was the “proudest mum alive” after Eliza appeared on Bake Off.

Posting a photo of her daughter looking thrilled with a certificate and a cooking pan, Natalie wrote: “This is Eliza. She was 10 and decided to enter for the junior bake off. I said, oh Eliza, you’ll never get through, thousands apply and I don’t want you to be disappointed."

Natalie added: “She got through. And her confidence, determination and maturity has blown me away. I am proud of my daughters everyday. But to watch one of them be so kind and helpful to others in the tent every night this week, has made me the proudest mum alive.

“I haven’t said much about it- Nothing to do with me whatsoever. This was her adventure."

Natalie added: “She got through. And her confidence, determination and maturity has blown me away. I am proud of my daughters everyday. But to watch one of them be so kind and helpful to others in the tent every night this week, has made me the proudest mum alive.

“I haven’t said much about it- Nothing to do with me whatsoever. This was her adventure."

For the latest updates on your favourite celebs, sign up to OK!'s daily celebrity newsletter.