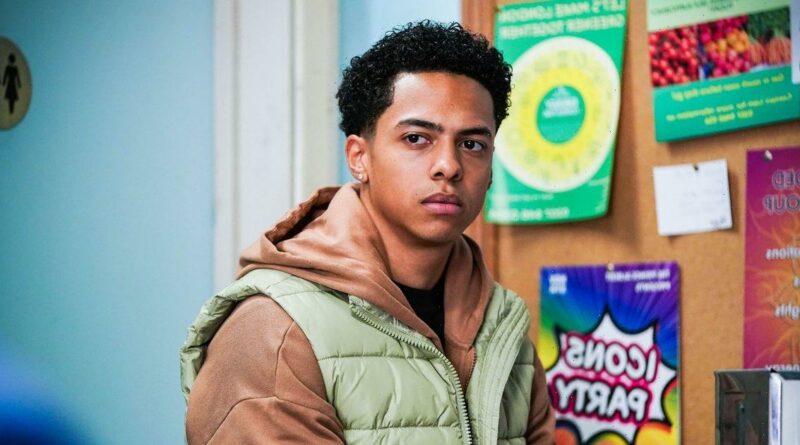 Zack, 23, is believed to have already filmed his final scenes on the soap but paid tribute to the BBC programme for his five-year run.

Announcing the news, Zack said: "After five beautiful years on this incredible show, I have made the tough decision to leave Walford and give Keegan Butcher-Baker some well-earned rest.

"This show has quite frankly changed my life for the better. It will always hold a real loving place in my heart.

"The cast and crew of this show deserve every accolade that comes their way. The hard work, love and dedication that goes into making four episodes a week is immense and it's not to be taken lightly.

"This show has given me so much, not just as an actor but as a man. These invaluable lessons I have learned at EastEnders will stay with me for the rest of my life. I will forever see this whole experience as the biggest blessing I could have ever asked for. I loved every second."

Kate Oates, Head of Continuing Drama, BBC Studios says: “Zack has been an incredible asset to EastEnders; not just as a brilliant actor, but as an amazing company member.

"As a founder member of the Taylor-Bakers, Zack has shone in important narratives such as the knife crime story; he’s broken hearts with his beautiful relationship with Tiffany Butcher; and is soon to take centre stage again as his sister’s killer is unmasked.

"We will miss Keegan from our screens, and Zack from our Elstree family. He’s a great talent, and we wish him well for the future.”

Tiffany's exit left Keegan heartbroken as she wrote a letter giving him an ultimatum – asking for the pair to reunite or for him to sign their divorce papers.

But, before Keegan read the note, Tiff's brother incepted the message and took out the letter, leaving just the divorce papers inside.

Emotional scenes on the soap saw Keegan break down in tears as he opened the envelope while Tiffany left Albert Square for Germany, thinking her husband didn't want to reconcile.

Zack's character Keegan first landed on Albert Square as part of the Taylor-Butcher clan along with his mum Karen, siblings Keanu, Bernadette, Chatham and Riley and their dog Bronson In 2017.

Keegan soon befriended Shakil Kazemi, who also lived on the Square, and has been involved in some gripping storylines over time – from Shakky's horrific murder to eloping and marrying Tiffany.

To stay up to date on all the latest news on Zack Morris and more of your favourite stars, sign up to OK!'s daily newsletter.