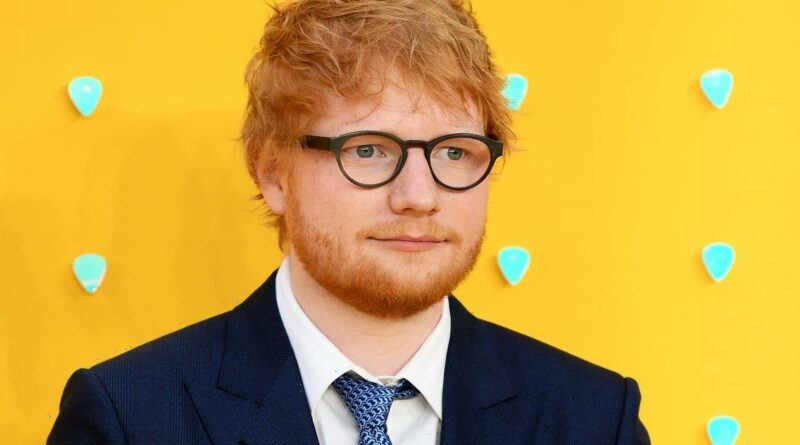 Ed Sheeran was reportedly spotted offering his support to grieving mum Brenda Edwards and paying tribute to his late friend Jamal Edwards at the vigil to remember to music mogul in West London Tuesday evening.

The Shivers hitmaker and his wife Cherry Seaborn were said to be in attendance to pay their respects to the music star, who helped a number of aspiring singers achieve their dream when he set up SBTV.

Jamal and Ed became firm friends early on in the singer-songwriter's career, with Ed's music taking off due to his friend Jamal's efforts to get him exposure on the airwaves.

Ed was in attendance at the mass event alongside hundreds of mourners and other stars, with notable names such as Lady Leshurr also performing in honour of Jamal, who tragically died of after a sudden illness at the weekend, age 31.

Loose Women star Brenda, 52, also channelled her grief into support for her son, as she belted out Whitney Houston's Greatest Love Of All to his mural via a megaphone at the event in honour of her much-loved son.

Ed and Cherry were reportedly seen laying flowers at the same mural, as the vigil was being held in a neighbourhood in Acton.

"Ed and Cherry went to pay their respects on Tuesday night," an onlooker told The Sun.

"He kept a low profile and no one bothered him.

"After all Jamal did at the start of his career it was important for him to be there," they went on. "They stayed at the vigil for about 15 minutes before heading to see Brenda."

According to the publication, the Bad Habits star has also contacted Brenda directly to offer support.

"He's told Brenda he will support her in whatever she needs," the attendee added.

Sign up to our daily newsletter for the BEST celebrity house tours and BIGGEST exclusive interviews. Download OK! magazine's FREE app and get all the latest gossip straight to your phone

After it was announced Jamal had tragically died, Brenda issued a heartbroken statement confirming the news.

"It is with the deepest heartache that I confirm that my beautiful son Jamal Edwards passed away yesterday morning after a sudden illness," she said.

"Myself, his sister Tanisha and the rest of his family and friends are completely devastated. He was the centre of our world.

"Jamal was an inspiration to myself and so many," the TV star went on. "Our love for him lives on, his legacy lives on. Long live Jamal Edwards MBE, MBA, PHD."

For updates on all your favourite celebs and TV shows, sign up to our daily newsletter here .