Home » Celebrities » EDEN CONFIDENTIAL: How Kate Middleton popped to the pub for a drink 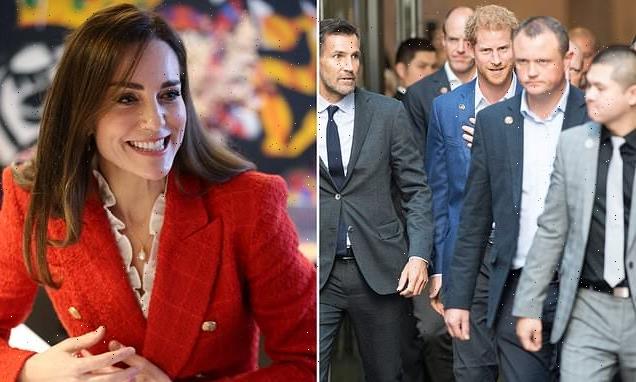 EDEN CONFIDENTIAL: How Kate Middleton joined other school mums and popped to the pub for a drink

Prince Harry claims that Britain is too dangerous to bring his children, but the Duchess of Cambridge can be found down the local pub without a care in the world.

Catherine was spotted relaxing over a drink with fellow parents of children at Thomas’s school at the Hollywood Arms in Chelsea, one of Harry’s old haunts.

‘Kate was in last week with parents from her children’s school,’ says my man in the snug.

‘There was no fuss or fanfare.’ Harry was such a regular there before he met Meghan that he had his own ‘royal’ entrance at the back of the watering hole. 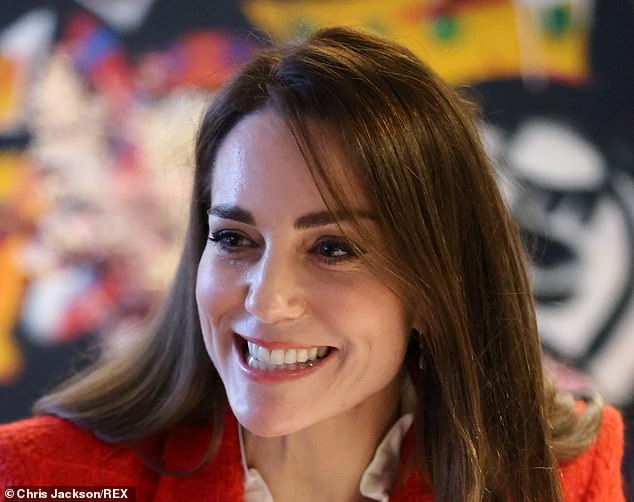 Prince Harry claims that Britain is too dangerous to bring his children, but the Duchess of Cambridge can be found down the local pub without a care in the world 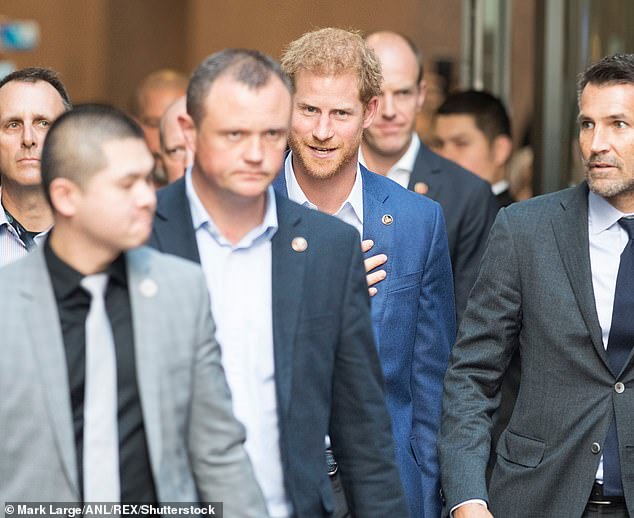 Catherine was spotted relaxing over a drink with fellow parents of children at Thomas’s school at the Hollywood Arms in Chelsea, one of Harry’s old haunts

The Duchess of Cambridge, who said this week that she was left constantly ‘broody’ by her work with children, is not the only royal delighted to be playing with tots.

The Countess of Wessex, 57, whose own children are teenagers, spent a joyous afternoon with little ones at the opening of a Jigsaw Hub at The Lighthouse in Woking, Surrey, near to the Bagshot Park home she shares with husband Prince Edward, also 57, Lady Louise Windsor, 18, and James, Viscount Severn, 14.

It’s a charity dear to Sophie’s heart as she has volunteered at The Lighthouse in the past.

‘I certainly got so much out of my time here and I hope to continue to do a bit of volunteering for you because it’s a wonderful community you’ve created here and I’ve really enjoyed it,’ she said. 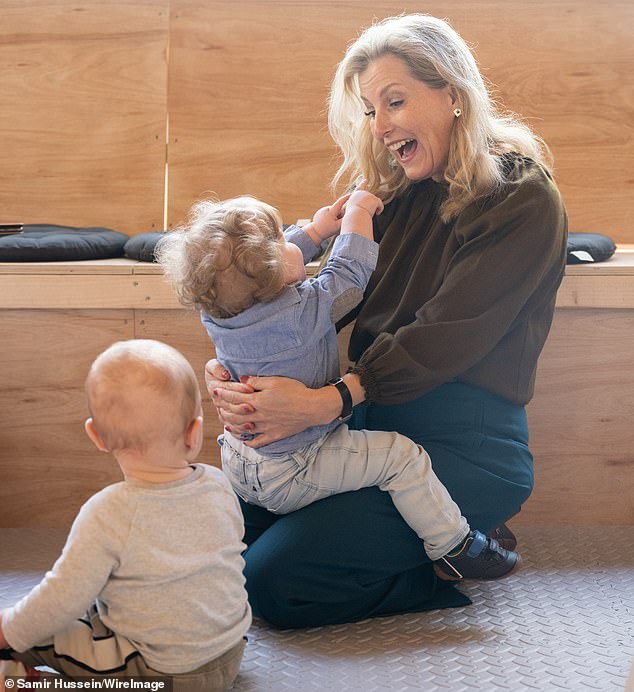 The Countess of Wessex, 57, whose own children are teenagers, spent a joyous afternoon with little ones at the opening of a Jigsaw Hub at The Lighthouse in Woking, Surrey

Saturday Kitchen star Matt Tebbutt often talks about the ‘baptism by fire’ he endured under top chef Marco Pierre White. But what he doesn’t mention is that he was personally fired by the controversial cook.

‘One day I body-swerved Marco in service,’ explains Tebbutt, 48. ‘He dropped a beautiful plate of food on the floor so he sacked me.’

Should the Queen send her beloved cousin Prince Michael of Kent to Russia to try to knock some sense into Vladimir Putin? A qualified Russian interpreter, Michael is involved in numerous charities there. His fascination with the country was sparked by his Russian grandmother, who was born Grand Duchess Elena Vladimirovna, a member of the Romanov family. And with his beard, he’s a dead ringer for Tsar Nicholas II, so even tinpot tyrant Putin might show him respect.

Glenconner wedding joy after snub in £20m will

Anne Glenconner shocked the Royal Family when she publicly revealed last month that her late husband was a cruel wife-beater who attacked her so badly she was left permanently disabled.

Now, however, Princess Margaret’s best friend has received some joyful news: her grandson, Cody Tennant, who became the 4th Lord Glenconner at the age of 16, has got engaged to his university sweetheart, Rebeka McDonald.

‘I am absolutely delighted,’ Lady Glenconner tells me. ‘We are all thrilled. They have known each other for a long time.’

Anne, whose eye-opening memoirs sold more than 500,000 copies after being serialised in the Mail, reveals that the couple have decided to hold the wedding at Cody’s ancestral home at The Glen in Peeblesshire. ‘We’re so looking forward to a lovely family wedding at Glen.’

Cody, now 28, inherited the title because his father, Charles, a former heroin addict, had died in 1996.

Anne’s husband, Colin Tennant, the 3rd Lord Glenconner, was the great showman of the aristocracy who bought the tiny Caribbean island of Mustique and transformed it into a playground for the jetset, giving the Queen’s sister a ten-acre plot as a wedding present. 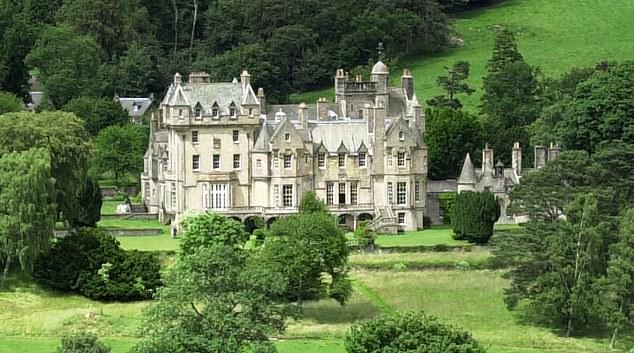 Scottish baronial: Cody’s ancestral home, The Glen, in the Borders

After Colin suffered a fatal heart attack in 2010 at the age of 83, Anne, who was a maid of honour at the Queen’s Coronation, was astonished to discover from his £20 million will that he had left all his Caribbean property to his former valet.

Kent Adonai had worked for Glenconner for 26 years and was with him when he died.

It prompted legal action by Cody, which was settled in 2014 with his agreeing a deal to share his grandfather’s fortune with Adonai.

Cody, who met his fiancee at Aberdeen University, unsuccessfully sought election to the House of Lords as a hereditary peer in 2011.

The Gothic wedding venue, Glen House, is where Princess Margaret enjoyed a romance with Sir Roddy Llewellyn, a landscape gardener 20 years her junior.

How Amy gave Adele the brush-off

Despite possessing two of the most iconic voices in pop — and attending the same school while growing up in London — Amy Winehouse and Adele didn’t actually get on.

‘Once, I was playing pool with Amy in Camden Town and [her] best friend Catriona walks in with Adele.

‘Adele’s first album had come out and Catriona said: ‘Amy, Adele’s come to say hello.’ And Amy completely ignored her. She could be a bit like that.’

She made her name playing shy and withdrawn teenager Marianne in the BBC’s hit drama Normal People, but Daisy Edgar-Jones showed her confident side when she attended a photocall in a tiny bralette this week.

The privately educated actress, 23, revealed her midriff beneath her £3,480 white suit by the Italian fashion house Fendi.

Daisy was promoting Fresh, a sinister new thriller she is appearing in alongside Captain America star Sebastian Stan.

She has previously said rising to fame during lockdown was an ‘out-of-body’ experience. 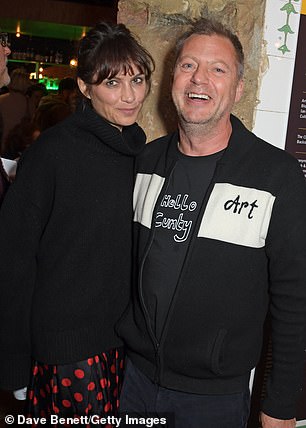 As an international public relations boss, Matthew Freud is usually trying to attract attention, but he has managed to keep his romance with Sheherazade Goldsmith under wraps

As an international public relations boss, Matthew Freud is usually trying to attract attention, but he has managed to keep his romance with Sheherazade Goldsmith under wraps.

This is the first photograph of Freud, 58, with Lord (Zac) Goldsmith’s 47-year-old ex-wife — even though they’ve been going out together for more than a year.

Before that, he was married to Elisabeth Murdoch, daughter of media magnate Rupert.

Sheherazade is the daughter of financier John Bentley and actress Viviane Ventura, the Sixties icon who was the England World Cup squad’s official mascot in 1966.