Home » Elizabeth Holmes’ Net Worth Will Leave You Stunned, And Not For The Reason You Think 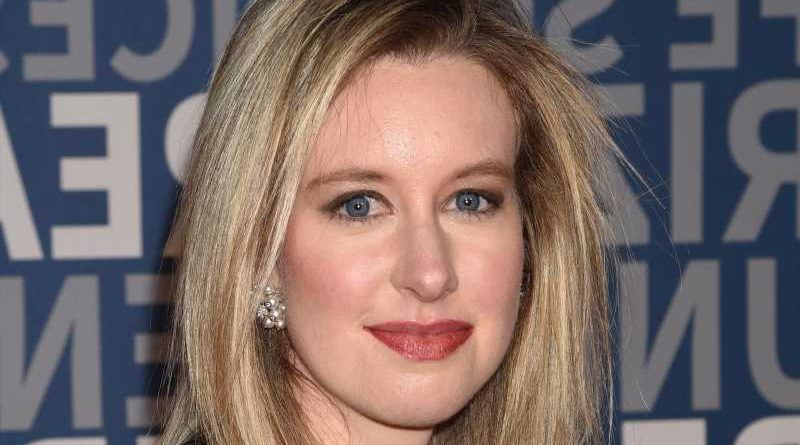 Not all that long ago, the media was praising Elizabeth Holmes, the founder of the so-called “revolutionary” blood testing company Theranos. She was young, attractive, well-spoken, and a self-made billionaire, per Brittanica. Well, that was then — and this is now. And to say her fall from grace was epic is completely understating just how much went wrong at Theranos and Holmes’ alleged role in it all.

There’s already been a book about the rise and fall of Elizabeth Holmes and Theranos, called Bad Blood: Secrets and Lies in a Silicon Valley Startup, an HBO documentary called The Inventor: Out For Blood In Silicon Valley, an ABC News podcast called The Dropout, and now Hulu is turning The Dropout into a series starring Amanda Seyfried as Holmes and Lost’s Naveen Andrews as Sunny Balwani, the president and COO of Theranos (as well as Holmes’ boyfriend for 13 years).

When Elizabeth Holmes, now 37, was 30, she had a net worth of $4.5 billion. She was the world’s youngest self-made female billionaire, per Brittanica. She appeared on dozens of magazine covers, and received countless awards and honors. What happened? What is Elizabeth Holmes’ net worth today? Read on for all the revelations.

Elizabeth Holmes was inspired by a childhood fear

Growing up, Elizabeth Holmes planned to pursue a career in medicine. There was just one problem with that: She was afraid of needles, per The New Yorker.

Holmes enrolled at Stanford University as an electrical and chemical engineering major in 2002, according to Brittanica. She was named a “President’s Scholar” as a freshman and awarded $3,000 to pursue the research project of her choice. Through an internship, Holmes came to the revelation that there had to be a better way to do blood tests.

In 2003, Holmes dropped out of Stanford and used her tuition money to start her blood-testing company. Her idea was to take one prick of blood and test for thousands of diseases. Results of the tests would be ready nearly instantly. Traditional blood tests rely on many vials of blood and take considerable time to deliver results, according to The New York Times.

In an interview with Wired, she said: “We had to develop assays or test methodologies that would make it possible to accelerate results. … We measure the DNA of the pathogen instead so we can report results much faster.”

The venture capital money flowed in. A deal was made with Walgreens in 2013 to offer Theranos’ revolutionary blood testing in their Wellness Centers, according to The New York Times.

And then it all came falling down.

It appears it was all just a sham

In 2015, Theranos ran into trouble when it was discovered that the company was exaggerating the results of their technology, per The New York Times. Patients who used Theranos tests in Walgreens received inaccurate results. Theranos became the subject of a criminal investigation for allegedly putting 81 people in danger when a specific hematology test failed, per The Wall Street Journal. Then it was revealed that most of Theranos’ blood tests were actually sent to labs to be processed in the traditional way. She was charged with fraud, according to The New York Times.

The Wall Street Journal broke the news about the faulty blood tests that Theranos was pushing back in 2015. Three scandal-laden years later, Theranos shut down. Before the inaccuracy of Theranos’ methods were revealed, Holmes was the darling of Silicon Valley’s biotech industry. She was on the cover of Inc. magazine and called “The next Steve Jobs.” Once all the allegations against Theranos surfaced, Entrepreneur magazine named her the “Worst Entrepreneur of 2015.”

Holmes is facing a trial in California. Prosecutors alleged that the motivation behind the crimes Holmes is accused of was to keep her fame and wealth, per the WSJ. She had a six-figure salary, traveled on private jets, stayed in luxury hotels. Reportedly, she monitored news outlets daily to cultivate and advance her image.

What is Elizabeth Holmes' net worth today?

Before Elizabeth Holmes and Theranos ran into trouble, the company was valued at $9 billion, as reported by Business Insider. Holmes owned a 50% stake in the company worth $4.5 billion. She was the youngest self-made female billionaire in the world.

Then, in June 2016, it was revealed that Holmes’ $4.5 billion fortune had evaporated. The value of Theranos was cut to $800 million, making Holmes’ stake worth $0. Not only is she worth $0, but at least as of 2017 she also owed Theranos $25 million, according to Refinery29. Sadly, that wasn’t the end of Holmes’ troubles. In the summer of 2018, the Security and Exchange Commission charged Holmes with fraud after a two-year investigation into Holmes and Theranos. She agreed to pay a fine of $500,000 and relinquish her shares in the company she founded. She was also banned from serving as an officer of any public company for a decade.

Holmes was once the darling of Silicon Valley. She was an inspiration. She was a billionaire. Today, Holmes is a college dropout facing federal criminal charges with a net worth of $0.