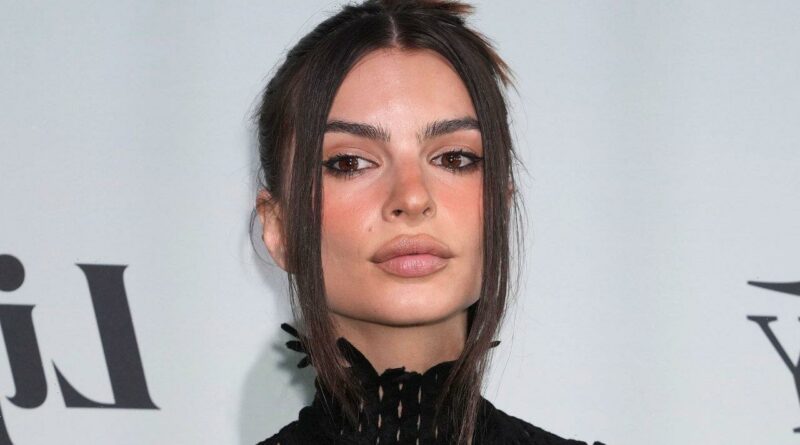 In July, the model and the ‘Gone Girl’ actress filed for divorce from her husband after four years of marriage after it’s rumored that he had cheated on her.

AceShowbiz –Emily Ratajkowski is ready to get back into the dating game. Getting raw and honest about her outlook on love in a new social media post, the model said that she’s “thinking about dating” again after becoming “single” post-Sebastian Bear-McClard split.

Taking to her TikTok account on Tuesday, September 6, the 31-year-old beauty opened up on the way society talks about “dating” and finding a partner and how she sees it after her breakup. “Under a patriarchy, there’s this premise of men ‘getting women,’ ‘getting them,’ ‘pulling them’ like there’s something to possess,” she said in the video. “As a recently single person who is thinking about dating and stuff, I’ve really seen that with my friends and with the conversations around it.”

Emily, who filed for divorce from husband Sebastian after four years of marriage following his alleged infidelity issue, noted that certain conversations should instead focus on a “reciprocal mutual relationship where two people could potentially foster love.” She added, “That’s why we don’t have a lot of love in cis-hetero relationships.”

The mom of 17-month-old Sylvester Apollo Bear also responded to a clip of psychotherapist Esther Perel discussing “the secret of female sexuality.” Esther said, “If she can think about herself then she can be into it.” In response, the “Gone Girl” actress agreed with the sentiment and pointed out how women being sexualized impacts the way other women look at themselves.

“This is so true, and it’s because women have internalized the male gaze so much that when we’re having sex we’re thinking about how hot or not we are,” Emily told the viewers. She also noted how she is interested in having these kinds of discussions as saying, “It’s kind of crazy that women are so used to seeing women sexualized and sexualizing themselves that we’re thinking of being sexualized during sex for lack of a better way of putting it.”

Speculation first arose that Emily and Sebastian had ended their relationship when she was spotted without her wedding ring. A source said at the time, “They split recently. It was Em’s decision. She is doing okay. She is strong and focused on her son. She loves being a mom.”

In June, the pair had already sold their Los Angeles home for around $2.4 million. Emily was recently pictured in Manhattan on August 31 apparently moving out of the home she shared with Sebastian.