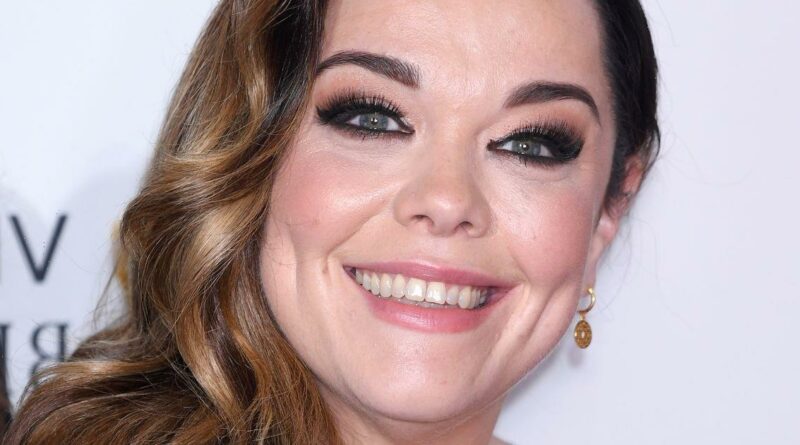 Emmerdale favourite Lisa Riley has shared the poignant reason she and her fiancé Al, won’t ever make it down the aisle.

Unlike her soap alter ego Mandy Dingle, Lisa, 46, has sworn off any big white dress and fancy ceremony following the loss of both her own mother and her future mother-in-law to cancer.

Speaking to The Mirror about her decision, Lisa said: “We don’t want to change anything.”

“Both of us talk about it all the time and feel as long as we’re happy we don’t need rings on our fingers.

“We’ve lost both our mums. And when it comes to things like weddings, you do it for the other people.”

The couple have so far been engaged for four years and intend to continue living exactly as they have done, as in their eyes, they don’t need a piece of paper or a ring to show each other they care.

Lisa even admitted she had never had any intention of changing her name, and that wearing a ring would be impractical at work as she’s “always got Mandy’s jewellery on”.

The soap star also revealed she wasn’t a fan of a “big flouncy day” and was much happier just carrying on living life to the full alongside her beau.

Lisa has largely kept the 52 year old musician out of the limelight since they first met through mutual friends in 2014 and sparked up a romance together.

It was four years before they were ever pictured together and even now, Lisa is careful never to reveal her American fiancé's full name in public to protect his privacy.

Yet behind the scenes, she and Al have the type of happy relationship, even her alter ego Mandy Dingle would be proud of.

Al’s mum, affectionately known as “Nana” to Lisa, sadly died of cancer earlier this year at the age of 79, meanwhile July marked ten years since the soap star lost her own mum Cath to breast cancer in 2012.

Both tragedies have made one of Emmerdale’s ongoing storylines especially poignant for the couple, as Faith Dingle, played by Sally Dexter. battles a terminal breast cancer diagnosis on the show, with upcoming scenes due to air in October, showing her going into palliative care, as part of the storyline’s heartbreaking conclusion during Breast Cancer Awareness Month.

It’s a storyline that has particularly resonated with Lisa, especially given the soap had consulted with charity Breast Cancer Now, who she represented as an ambassador.

“There’s a storyline going on soon, where I think my fellow cast members saw me go a bit insular. I can’t give much away, but I thought Sally nailed exactly what happens in palliative care, and I’ve seen that for real,” explained Lisa, although she tried not to give too much away.

“We are doing what Faith is going through complete justice. I can’t shout from the rooftop enough how important it is for women to check, so this could end up saving people’s lives.”