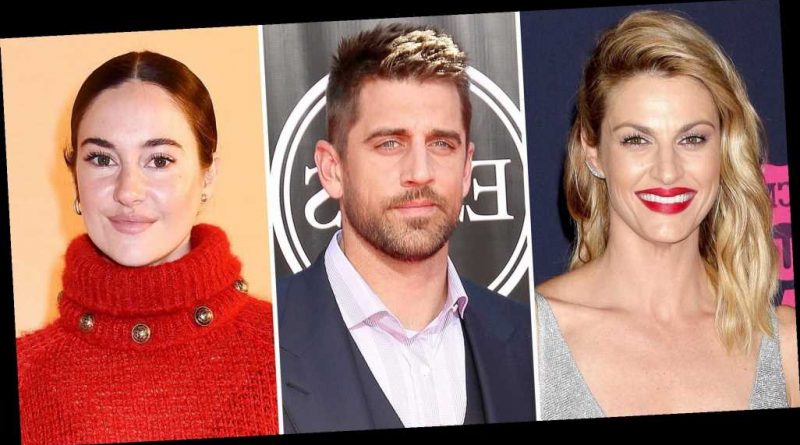 Surprise! Erin Andrews explained how she found out about Aaron Rodgers‘ engagement to Shailene Woodley during a Wednesday, March 17, appearance on Watch What Happens Live With Andy Cohen.

After a fan asked how surprised the sports journalist was when she found out about the engagement, the 42-year-old explained that she knew about as much as the general public before the news broke.

“He kept that under covers. Wow, he really did,” she told Andy Cohen. “There [were] rumors, I think, that they were dating, but yeah. I had no idea, and then he unveiled it in his MVP speech. So, [he] surprised everybody. Really kept that quiet.”

Rodgers, 37, revealed he was engaged to the Big Little Lies actress, 29, on February 6 during a speech at the 2021 NFL Honors awards. The Super Bowl winner was previously tied to race car driver Danica Patrick from January 2018 to July 2020.

“2020 was definitely a crazy year filled with lots of change, growth, some amazing, memorable moments, 180 straight days of having my nose hair scraped, playing for very little fans or no stands the entire season,” the Green Bay Packer said in his speech. “I got engaged and I played some of the best football in my career.”

The MVP then listed several people to thank before shouting out “my fiancée.” Though he didn’t name Woodley directly in the speech, fans knew who he was referring to after Us Weekly confirmed his romance with the Divergent actress days earlier.

“Aaron and Shailene are dating! They started off as friends, but things have turned romantic,” a source told Us on February 3. “The two are staying in contact while they are living away from each other. The relationship is long-distance for right now, but they are making it work.”

The Secret Life of the American Teenager actress confirmed the engagement during a February 22 appearance on The Tonight Show Starring Jimmy Fallon, offering fans a peek at her large engagement ring.

“I never thought I’d be engaged [to] somebody who threw balls for a living,” the activist joked. Though she didn’t offer a specific timeline, she did let it slip that the couple had been engaged for a while.

Everything Newly Engaged Aaron Rodgers Has Said About Love, Relationships

“We met during this whacky, whacky time and all the stadiums were closed that he was playing in. I didn’t really grow up with sports, especially American sports. It was never really on my radar,” Woodley explained. “When we met, also, I knew he was a football guy, but I didn’t know like what kind of a football guy he was. And I’m still constantly learning.”