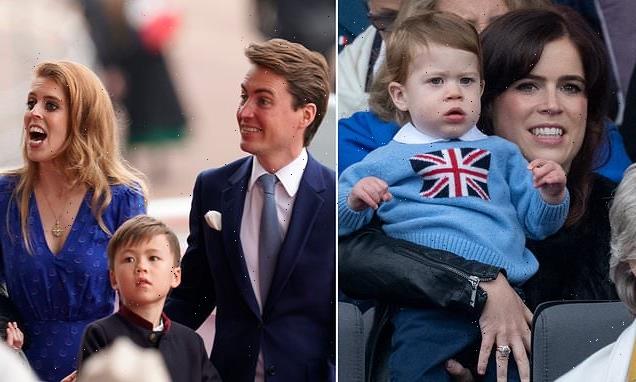 EDEN CONFIDENTIAL: Eugenie’s boy flies the flag as Beatrice steps out with stepson

Prince Harry hid away Archie and Lilibet during his visit with Meghan, but his cousins were happy to show off their children for the first time.

Princess Eugenie, 32, and Jack Brooksbank, 36, took their 16-month-old son, August, to the Queen’s Platinum Jubilee Pageant, where he sported a blue jumper embroidered with a Union flag.

Bea, who has an eight-month-old daughter called Sienna with Edo, is so close to Wolfie that she was seen wearing a necklace with his initial, ‘W’. And he acted as best man at her 2020 wedding at the age of four. It made him the youngest person in history to have performed a role at a British royal wedding. 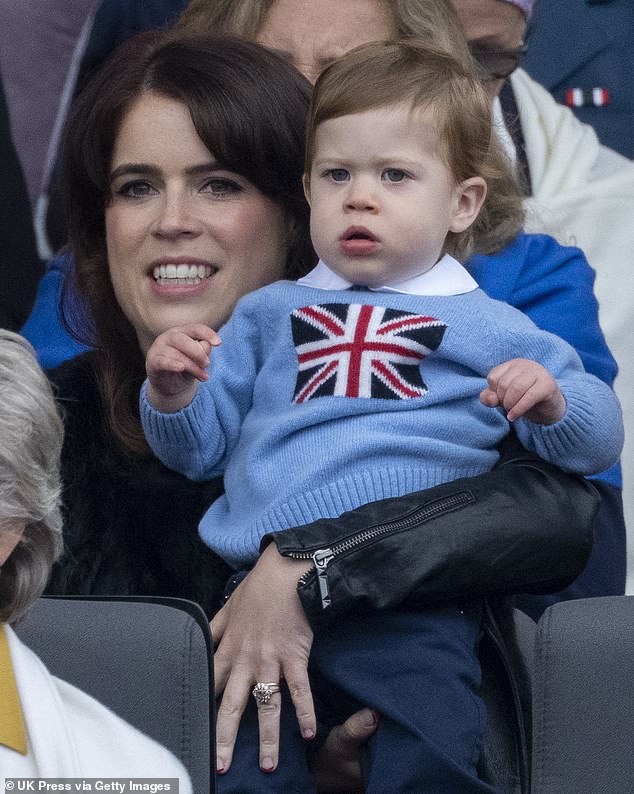 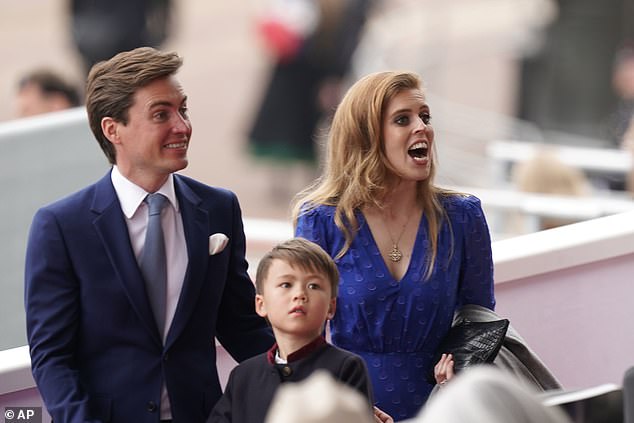 Guinness heir struck down at just 51 leaves £30m to family

When former Conservative Cabinet minister’s son Henry Channon died last October at the age of just 51, it was the latest tragedy to befall his family. He has, however, ensured that his widow, Katie, is an extremely rich woman.

I can reveal that Channon (pictured), a member of the Guinness dynasty, left a fortune of more than £30 million.

After his debts were paid, he left £27.53 million, which goes on trust to Katie and his four children, according to probate documents.

Friends said Henry — whose older sister, Olivia Channon, died from a heroin overdose at Oxford University in 1986 — had battled with an illness for several months before his death. 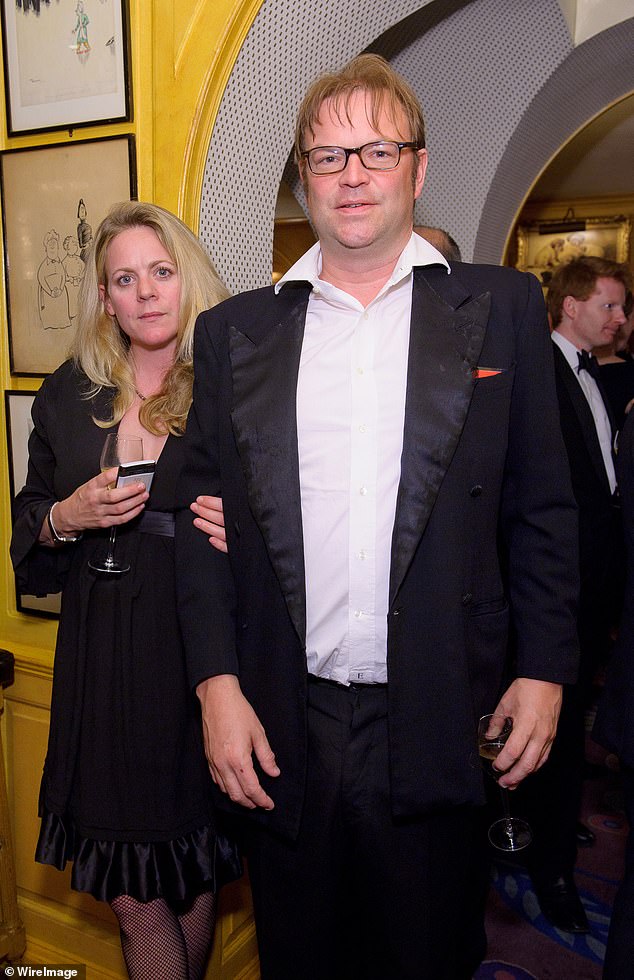 His father, Paul Channon, was a Cabinet minister in governments led by Edward Heath and Margaret Thatcher before becoming Lord Kelvedon.

In his will, Henry asked to be buried alongside his parents and grandfather Sir Henry Channon, at Kelvedon Hall, near Brentwood, Essex.

The Guinness wealth came from his grandfather, U.S.-born Sir Henry ‘Chips’ Channon, who had married Lady Honor Guinness and inherited her share of the family fortune.

He had two sons, from his marriage to first wife Henrietta, and two children from his second marriage to Katie. He is also survived by his sister Georgia, 56. Channon’s privileged upbringing was overshadowed by the shock death of his sister Olivia when he was just 16. The 22-year-old history student binged on alcohol and drugs at a party at Christ Church College and choked on her own vomit.

The Guinness family have been struck by a series of tragedies, prompting claims of a family ‘curse’. Guinness heir Tara Browne died in 1966 when his car ran through red lights in Kensington, smashing into a van. Lady Henrietta Guinness jumped off a bridge in Umbria, Italy, in 1978. Four-year-old Peter Guinness died in a car crash in the same year.

In 2004, Robert Hesketh died in his sleep after taking drugs at a country house party and, in 2020, Guinness heiress Honor Uloth died in a freak swimming pool accident aged 19. 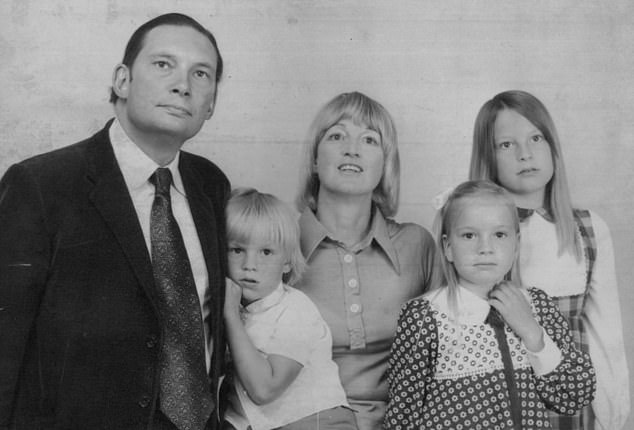 His father, Paul Channon, was a Cabinet minister in governments led by Edward Heath and Margaret Thatcher before becoming Lord Kelvedon (pictured left)

They do! Pixie Lott finally ties the knot

It’s taken more than five years for his pop star fiancee Pixie Lott to reach the altar, so model Oliver Cheshire could be forgiven for punching the air in delight when they left Ely Cathedral yesterday as man and wife.

Cheshire, 34, exchanged vows in Cambridgeshire in front of friends including actor Idris Elba’s model wife, Sabrina, and the Marquess and Marchioness of Bath.

He had proposed on the steps of St Paul’s Cathedral in London in November 2016.

Pixie, 31 — a judge on ITV’s The Voice Kids — has explained that they postponed the wedding due to the pandemic: ‘I wanted to wait until we could have the big party.’

Bells have stopped chiming for the Queen’s Platinum Jubilee, but the tills are still ringing. Buckingham Palace’s gift shop has informed customers that they may have to wait four weeks to receive their orders. ‘We have seen unprecedented demand for product,’ its website says.

‘We are working hard to fulfil existing orders as quickly as possible but be advised that any new orders may take up to 28 days to process and deliver.’

Known as a cheerleader for Prince Harry and Meghan, royal biographer Omid Scobie has deleted a tweet that he posted about the Duke and Duchess of Cambridge’s four-year-old son, Prince Louis. Sharing a photograph of Louis playfully sticking his tongue out at Catherine as they watched the Platinum Jubilee Pageant, Scobie commented: ‘I did wonder why Prince Louis was taken out for a while. Kids will be kids, eh?’ When asked why he later deleted the post, he said ‘some insane trolls’ had claimed his comment was ‘inciting hate’.

The Queen wasn’t the only woman to have enjoyed a close encounter with Paddington Bear over the Platinum Jubilee weekend.

I hear that catwalk queen Kate Moss met the children’s favourite from ‘darkest Peru’ at the Pageant.

The supermodel, 48, looked delighted as she greeted Paddington while wearing her patriotic Union Jack jacket. She joined her fellow mannequin Naomi Campbell, 52, on the open-top bus for the 1990s Times of Our Lives celebration.

While Paddington is never without his marmalade, Moss has been known to prefer harder substances.