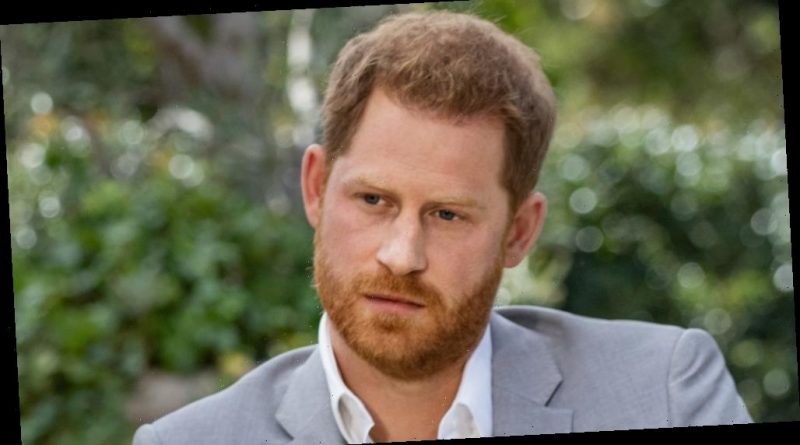 In many ways, the whirlwind romance of Meghan Markle, a former actress best known for her work on Suits, is like a modern-day retelling of the Cinderella story, only in real life. In 2016, Markle met Prince Harry, grandson of Queen Elizabeth II. In 2018, they married. And they lived happily ever after? Not so much, it would seem.

In 2020, the Duke and Duchess of Sussex, as they became known, announced on Instagram that they would “step back” from the royal family and move away from Buckingham Palace and its influence. While bits and pieces of leaked information painted a picture of deep unhappiness for Harry and Meghan, it wasn’t until a March 2021 interview with Oprah Winfrey that the couple revealed the true extent of just how awful they felt things had gotten, and why they had to leave royal life behind.

The heavily-hyped televised interview, which aired on CBS in a primetime, Sunday night time slot, was full of startling revelations and eye-popping accusations. Here are all the biggest and most painful secrets revealed in Harry and Meghan’s 2021 interview.

On May 19, 2018, the storybook romance of Prince Harry and Meghan Markle reached a new peak with a beautiful, tasteful, and extremely grand wedding straight out of a fairy tale. He wore his military dress uniform, she wore a stunning white Givenchy gown. And in front of an exclusive guest list of around 600 people, the couple said their vows at the charming St. George’s Chapel.

All of that, however, was expensive pomp and circumstance. It wasn’t a real wedding, merely one performed for the public. In their 2021 interview with Oprah Winfrey (one of the most famous guests at the St. George’ Chapel ceremony), out came the fact that Harry and Meghan had actually gotten hitched three days earlier, in a private, intimate, and romantic ceremony at home. “Look, this thing, this spectacle is for the world but we want our union between us,” Meghan told Oprah (via the Daily Mail), adding, “The vows that we have framed in our room are just the two of us in our backyard…” Still, they managed to snag the Archbishop of Canterbury (the de facto head of the Church of England) to perform the ceremony. There are no invited guests at that affair.

Five months after their wedding for the ages, Prince Harry and Meghan Markle announced that they’d soon be first-time parents. Markle gave birth in May 2019 at Portland Hospital in London. While that’s usually a very happy event — and when royals are concerned internationally newsworthy — Meghan’s pregnancy and subsequent early motherhood carried a lot of extra stress and pain on the royal relatives’ account. According to Meghan’s interview with Oprah Winfrey that aired in March 2021 (via People), the Duchess of Sussex said that before her son was born, she was told by officials that he would not receive an official royal title. “They didn’t want him to be a prince,” Meghan said, “which would be different from protocol.” More alarming, because he wasn’t a prince, Meghan learned, her child “wasn’t going to receive security,” a tense and frightening notion for such a highly scrutinized and intensely followed public figure.

Meghan identifies as a biracial woman, explaining in an essay for Elle that her father is Caucasian and her mother is African-American. This fact allegedly resulted in some racially-charged conversations about baby Archie in the months before his birth. Someone in the royal family organization expressed to Harry — he doesn’t wish to publicly identify them — “concerns” about “how dark” Archie’s skin could turn out. “It was awkward. I was a bit shocked,” Harry said. And he wasn’t the only one. Winfrey herself was clearly stunned when Meghan dropped the bombshell news prior to Harry’s further explanation.

No, Meghan Markle did not make Kate Middleton cry

According to Harper’s Bazaar, tabloids in the U.K. and the U.S. widely reported a dark story surrounding Prince Harry and Meghan’s Markle’s spring 2018 wedding. While the specifics were largely shrouded in mystery or subject to speculation, the story went that Meghan had a major disagreement with Catherine, Duchess of Cambridge (the former Kate Middleton, and wife of Harry’s brother, Prince William). Media outlets reported that the encounter reduced Catherine to tears, painting Meghan as a villainous, “bridezilla” type.

Meghan attempted to clear the air — and explain what really went down — during her exclusive interview with Oprah Winfrey. Meghan confirmed that one of the two parties involved cried just before her royal wedding, but that it wasn’t Catherine — it was she who had cried. “A few days before the wedding, she was upset about something pertaining to flower girl dresses. And it made me cry,” Meghan said. Winfrey wanted to hear more about the small fight, but Meghan demurred. “I don’t think it’s fair to her to get into the details of that, because she apologized,” she said, referring to Catherine. “And I’ve forgiven her.”

Meghan called the whole ordeal “a turning point” and spread the blame equally for the allegedly false story between “the media” and royal officials who ordered silence over the matter. “I would hope that she would have wanted that corrected, and maybe in the same way that the palace wouldn’t let anybody else negate it, they wouldn’t let [Catherine], because she’s a good person.”

Prince Harry admitted in his interview with Oprah Winfrey (via CNN) that he had no choice but to give up royal service and move to Meghan Markle’s home of North America. Meghan echoed those concerns, telling Oprah and the viewing public that the lack of freedom, general hostility, and racism from the British tabloid media — and a lack of concern from the royal family for her well-being — left her feeling hopelessly “trapped” in a life she didn’t want to live. Megan even considered suicide.

“I was really ashamed to say it at the time, and ashamed to have to admit it to Harry especially, because I know how much loss he has suffered,” Meghan said, presumably referring to how her husband lost his mother, Princess Diana, at a young age. “But I knew that if I didn’t say it, that I would do it — and I just didn’t want to be alive anymore.” Harry admitted that Meghan’s dark thoughts “terrified” him and sent him to “a very dark place” as well.

Meghan claims she sought help from the organizational mechanism of the royal family, including Buckingham Palace’s human resources department. “I said that I needed to go somewhere to get help and said that I’ve never felt this way before, and I need to go somewhere. And I was told that I couldn’t, that it wouldn’t be good for the institution,” Markle recalled to Winfrey (via Town and Country).

If you or someone you know is having suicidal thoughts, please call the National Suicide Prevention Lifeline at 1-800-273-TALK (8255) or text HOME to the Crisis Text Line at 741741.

In January 2020, Prince Harry and Meghan Markle announced on Instagram that they would “step back as ‘senior’ members of the Royal Family.” They also revealed plans to live part-time in Britain, and part time in North America, all in pursuit of a private life.

Happenings in and around Buckingham Palace had become so unbearable for Meghan that Harry did what he felt he had to do. “I took matters into my own hands. It was like, I need to do this for my family,” Harry told Oprah Winfrey (via Reuters) in his joint interview with Markle in March 2021. “It’s really sad that it’s gotten to this point, but I’ve got to do something for my own mental health, my wife’s.” This, of course, was another bombshell reversal of the entire “Megxit” narrative, which painted Meghan as the architect of the couples departure from royal life.

Nevertheless, it was a surprising act; rarely do princes just suddenly up and peace out. It thoroughly upset the three top-ranking members of the British royal family, Harry’s grandmother, father, and older brother, the Queen, Prince Charles, and Prince William, respectively. Harry revealed in the interview (via Elle) that after his announcement, he’s had three conversations with Queen Elizabeth and two with Prince Charles, before the latter stopped talking to him for months. As for his brother, Harry says he and William are “on different paths,” and that “the relationship is space at the moment.”

Not every revelation from Meghan Markle and Prince Harry’s blockbuster March 2021 interview with Oprah Winfrey was scandalous, shocking, or saddening. In an announcement issued less than a month earlier, on Valentine’s Day (via Today) the royal couple announced that their young, immediate family would soon welcome a fourth member: Meghan and Harry were “overjoyed to be expecting their second child” said a spokesperson in the release.

At the time, neither the prince nor the duchess said much else about the baby, only that it was on the way. They were saving the big details for the Oprah interview, apparently. Shortly after Prince Harry joined his wife for the second half of the televised interview, the duo announced, together, that their son, Archie, would soon be the older brother to a baby girl. Meghan is due to give birth to their daughter some time in the summer of 2021. The baby girl will not only the couple’s next child, but their final one. According to the interview, “two is it” for these parents.