Star Wars Episode IX is readying to go into production ahead of next December’s release. With the cast gathering together, this is the point when the really weird and wild rumors start surfacing. Anyone who shows up within a 25-mile radius of director J.J. Abrams can find themselves accused of having a forthcoming cameo, as those trying to get a glimpse of their favorite actors usually report whenever they see anyone who could be or was once Star Wars-related in the vicinity, like Ewan McGregor. Is Ewan McGregor in Star Wars Episode IX? Considering how much fans want to see an Obi-Wan stand-alone "Star Wars Story" film, it’s possible.

McGregor, as most know, took over the role of Obi-Wan in the prequels, originally played by Alec Guinness. In terms of recasting a beloved character with a younger version, it was spot on. (Unlike some more recent prequels I could mention. Sorry Alden Ehrenreich.)

The prequels have something of a bad reputation among the older Star Wars fandom, to put it mildly. But McGregor’s take on the character was so good, it’s one of the few things everyone can agree was good about those films.

This is why, when Lucasfilm discusses plans for a potential "A Star Wars Story" stand-alone films, the idea of an Obi-Wan film starring present day McGregor is usually one of the first mentioned. 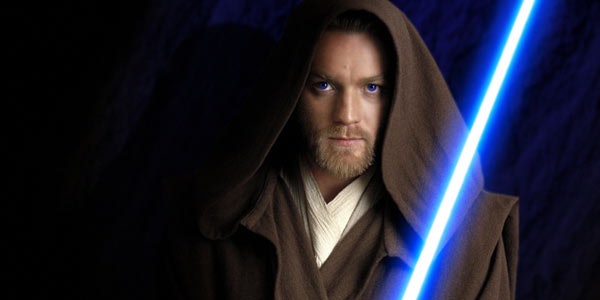 So when the UK tabloid newspaper The Sun dropped the rumor this week McGregor was definitely back in the Lucasfilm fold, it immediately took the fandom by storm. This wouldn’t be McGregor’s first cameo either. His voice was heard in J.J. Abrams’ first Star Wars film, Episode VII, Star Wars: The Force Awakens.

McGregor’s voice can be heard whispering to Rey when she picks up the lightsaber for the first time. His lines are mixed in and overlapped with vocal clips of Alec Guinness and other Jedi. Unlike Gunness, whose lines were recycled from earlier movies, McGregor actually recorded new dialogue.

But this story is making waves because The Sun claimed their sources hinted McGregor’s turn in Episode IX would be instead of a stand-alone film.

According to their report, if McGregor is in Episode IX, it puts all rumors of an announced stand-alone film to bed.

This fits in with rumors the stand-alone films are under scrutiny after the box office disaster that was Solo: A Star Wars Story. The word originally was all stand-alone films were on hold, including the recently announced Boba Fett film.

But Lucasfilm came out swinging, firing back the report was inaccurate. ABC News, which is conveniently also owned by Disney, came out with an exclusive report Lucasfilm still had many films in development:

Will Obi-Wan be in the final original trilogy film? And if so, how exactly, since the character of Obi-Wan has been dead in the film’s canon since Star Wars: A New Hope? Fans will find out when the film arrives in theaters on Dec. 20, 2019.