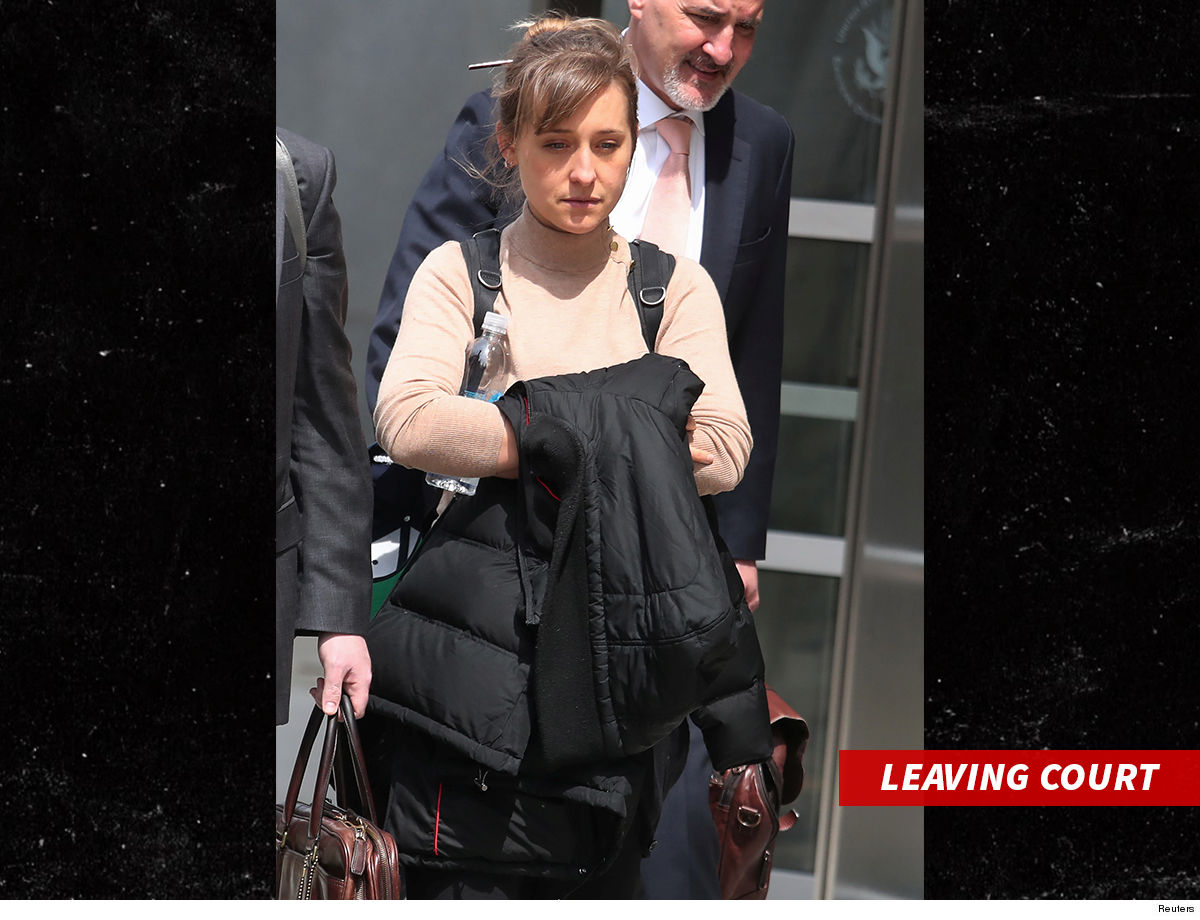 Former “Smallville” star Allison Mack just entered a guilty plea to racketeering charges in her sex cult case … and all signs point to her cutting a deal with prosecutors.

Mack, who starred as Chloe Sullivan on “Smallville,” appeared in a Brooklyn courtroom Monday and pled guilty to 2 counts … racketeering conspiracy and racketeering. Prosecutors say she was the pimp for the sex cult.

In court she sobbed and said, “I must take full responsibility for my conduct. I am very sorry for my role in this case. I am very sorry to my family and to the good people I hurt through my misguided adherence to [NXIVM leader] Keith Raniere’s teachings.”

It’s unclear what the terms of Mack’s deal are — she had initially pled not guilty when she was indicted on sex trafficking charges for her role in running the sex cult led by Raniere. Prosecutors say she recruited and directed women, including other actresses, to have sex with Raniere, who was also busted.

You’ll recall … Mack was on the scene last March in Mexico when cops took Raniere into custody in Puerta Vallarta, where he was hiding out.

Mack was later arrested and extradited to the U.S., where she was outfitted with a GPS ankle monitor as a term of her bail.