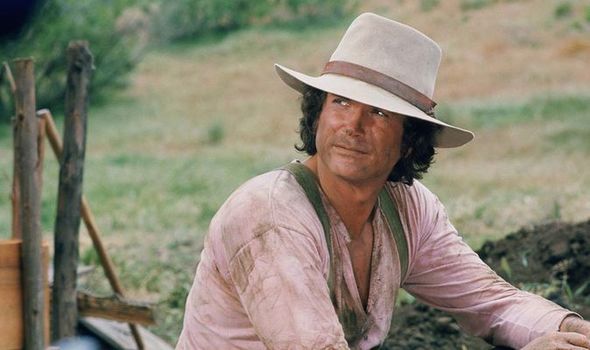 But behind the scenes the heartthrob star was a “sexist bully” who shamed his leading lady with “disgusting” taunts, a shocking new book claims. The allegations are made by veteran actress Karen Grassle, who played doting wife and mother Caroline “Ma” Ingalls in 182 episodes of the TV hit.

Ms Grassle, now 79, landed her coveted part on the show, which ran from 1974 to 1983, as a virtual unknown and was “thrilled” to star opposite the small-screen icon.

But she says her dream role became a nightmare when she asked Landon, who also directed the series, for a pay rise following the ratings success of their first season.

In her memoir – Bright Lights, Prairie Dust: Reflections on Life, Loss and Love from Little House’s Ma, due out in America on Tuesday – she claims Landon told her that her salary should remain in line with those of the child actors on the show.

“I felt insulted as his co-star on a hit series,” she reveals.

It was then, she says, Landon, who died of cancer aged 54 in 1991, “targeted” her. Ms Grassle, now a political activist, says his “increasingly foul language and rude conduct” worsened to the point where he would openly mock her figure and facial expressions.

And on the bedroom set Landon would “make disgusting jokes” about women.

“His outrageous comments made me want to disappear,” said Ms Grassle.

“But as a woman in the 1970s film industry, I was so accustomed to these putdowns it never even occurred to me to sharply rebuke him. I kept up the professionalism.