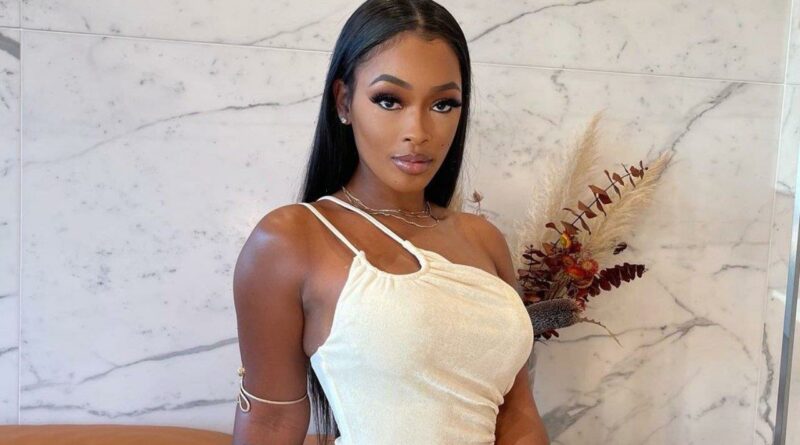 Meanwhile, many people on Twitter mock the self-proclaimed King of RnB after singing the national anthem at the Lakers game with one comparing him to Fergie.

AceShowbiz –Miracle Watts has amused the Internet users with her new post. After the Instagram model shared a video in which she imitated Jacquees singing the U.S. national anthem, many couldn’t help but laugh after seeing her reading the lyrics on her phone.

On Monday, December 6, the social media personality shared a note on Instagram Story that read, “Im singing the National Anthem Somewhere Next Year… Here’s my audition.” She then jokingly warned her online devotees, “DO NOT LAUGH,” adding crying laughing and fisted hand emojis.

Miracle then shared the clip of her singing terribly as she used hair glue as a microphone. After the footage was reposted by several gossip accounts on Instagram, many users left hilarious comments while laughing at the fact that she doesn’t know the lyrics of the anthem.

“she don’t even know the words. Lawd,” one person wrote, with another adding, “Not her reading the lyrics of the National Anthem on her phone.” A third individual asked, “Did she just google the lyrics to the national anthem ?”

Some others, meanwhile, believed that Miracle was poking fun at Jacquees, who sang the national anthem at the Lakers game for the first time. However, she denied the speculations, saying, “That’s the bro , no competition AT ALL… All jokes, I don’t sing, I play.”

Still, the self-proclaimed King of R&B sparked chatters with his recent performance. “Jacquees singing the national anthem has me in tears man. That n***a be singing in bullet points,” one user opined. Another stressed, “WHO TF ASKED JACQUEES TO SING???” Someone else added, “What’s crazy is people thinking Jacquees sounded good. It’s time we start to address the crack continuing to take over our communities.”

One different user, meanwhile, compared Jacquees’ poor performance to Fergie a.k.a. Stacy Ferguson‘s three years prior at the NBA All-Star Game. “I’d rather listen to Fergie screaming like a bat out of nuclear hell than Jacquees sounding like a pack of tortured barn animals,” the person tweeted.