According to a new report, the ‘Sorry’ hitmaker popped the question to his model girlfriend on Saturday night, July 7, while on vacation in the Bahamas.

Sources tell TMZ.com the Baby hitmaker popped the question to Hailey on Saturday night, July 07, while on vacation in the Bahamas. 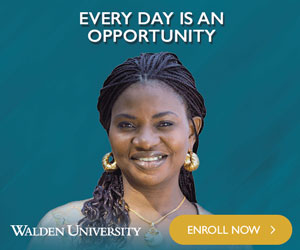 Justin apparently chose to make the romantic occasion a public affair, as he got down on bended knee while at a resort restaurant, where guests had been enjoying a little salsa dancing.

According to the outlet, the pop superstar had his security officials encourage other holidaymakers to put their cell phones away because the singer was planning something special.

He then allegedly asked Hailey to marry him in front of the crowd of strangers, and she said yes.

The couple, which previously dated in early 2016, rekindled its romance last month and has been inseparable ever since, travelling to Florida and New York together, before jetting off to the Bahamas.

“It’s kind of a surprise, but kind of not,” an insider tells People.com of the engagement news. “Justin has been extremely happy these past few weeks. He has known Hailey for a long time. This might seem sudden, but they know each other very well.”

Representatives for Justin, 24, and 21-year-old Hailey, the daughter of actor Stephen Baldwin, have yet to comment on the claims, but Bieber’s parents have since hinted the news is true in separate posts on social media on Sunday, July 08.

“@justinbieber Proud is an understatement! Excited for the next chapter!,” his father Jeremy Bieber captioned an Instagram photo of his son enjoying a sunset.

@justinbieber Proud is an understatement! Excited for the next chapter!

Justin previously dated Selena Gomez from 2010 to 2014, and they reunited last autumn (17), before calling it quits once more in early March. He has also romanced various models in the past, including Chantel Jefferies and Baskin Champion, who he was spotted with shortly after parting ways with Selena earlier this year.

Meanwhile, Hailey was most recently linked to singer Shawn Mendes, but repeatedly denied claims of a romance.