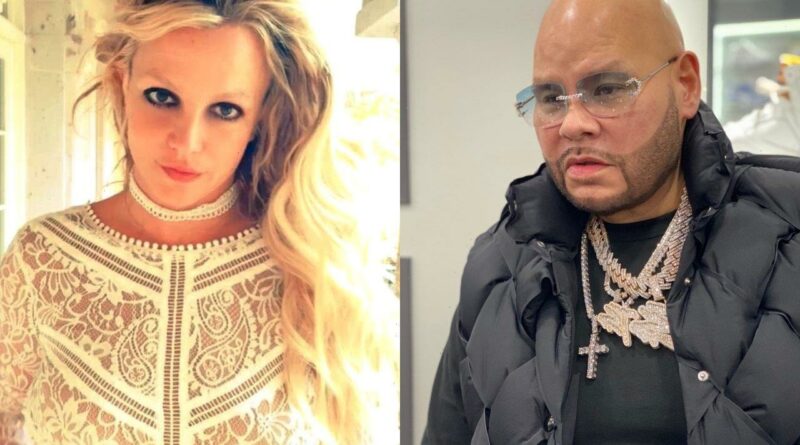 While guest-hosting ‘The Wendy Williams Show’ with Remy Ma, the ‘What’s Luv?’ hitmaker discusses why Britney’s teen sons would feel embarrassed when she posts some racy contents.

AceShowbiz –Fat Joe has some advice to Britney Spears regarding her social media contents, but many disagree with him. The rapper has caught some heat after criticizing the pop superstar for posting her racy pictures on Instagram.

Fat Joe, whose real name is Joseph Antonio Cartagena, talked about Britney’s social media posts when guest-hosting “The Wendy Williams Show” with Remy Ma on Wednesday, March 17. “Britney, oh Britney, oh Britney Spears,” he opened during the “Hot Topics” segment, before relaying the report that the “…Baby One More Time” songstress is not allowed to post her sons Jayden James and Sean Preston on Instagram.

According to a recent report by Life & Style, the teen boys are being teased by their peers because of their mother’s naked pictures. Weighing on this issue, Fat Joe and Remy shared their own experiences about posting their children on social media.

After showing some of Britney’s NSFW images, Fat Joe claimed, “If I show a nipple on Instagram I’m canceled,” before wondering, “I don’t know how this woman is getting away with this type of …” Remy then added, “I can see why a fifteen or sixteen-year-old boy would feel embarrassed that his mother posts things like that.”

Having agreed with his co-host that Britney’s children would find her posts “corny,” the 51-year-old emcee then pleaded with the 40-year-old Princess of Pop, “Come on. Britney Spears, stop! This gotta stop.”

Upon hearing of his comments, some people slammed Fat Joe for shaming Britney. “Is Joseph jealous he can’t flash his titties and receive the same fanfare?” one person said, accusing him of being biased because he would not say the same thing when other women posted similar photos. “I don’t see Joe telling Kim K, and the rest of Karjenners to pack it up when they are naked daily. All of them are moms too,” the said person added.

Another Internet user clapped back at Fat Joe, “F**k his fat a** he’s only saying this because he doesn’t find it attractive.” A third called him “a jealous BURLY gworl,” while another told him to leave Britney alone as writing, “Britney has been controlled for so long , let her live her life how she wants.”

One person, however, agreed with Fat Joe as noting, “I’m with Fat Joe, ‘Britney this needs to STOP!’ She’s trying the most and it ‘s too much.”