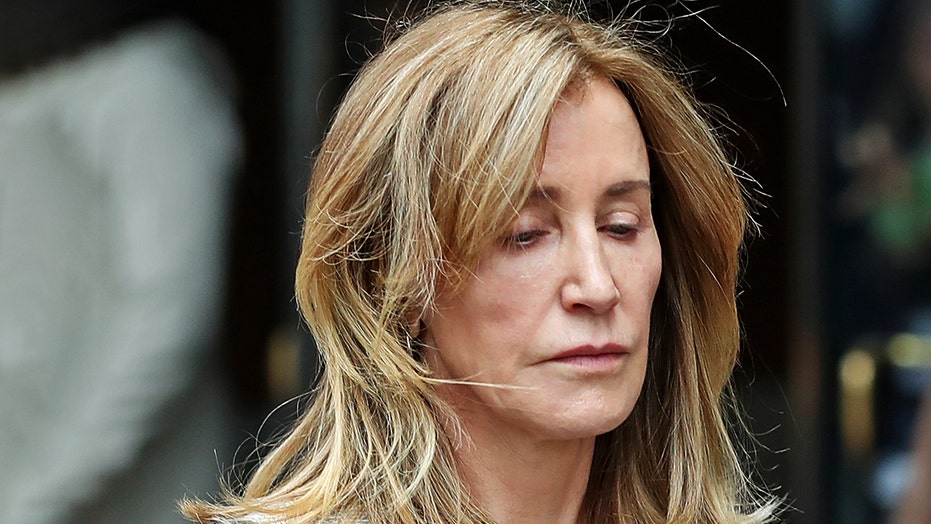 A week into her 14-day prison sentence, Felicity Huffman is doing "really well" and is "holding up," according to a new report.

On Oct. 15, Huffman, 56, handed herself over to authorities for her part in the college admissions scandal after pleading guilty to paying a test proctor to correct her daughter's SAT scores.

"They spent a lot of time together. They sat in the visitors room for a few hours and spoke," a source told Entertainment Tonight.

Despite the visit being "hard" for Georgia, the outlet's source says it "went nicely."

Added the source: "This is not to be taken lightly. It’s federal prison. This is not 'club fed' – it's just not. It’s not like the articles online."

According to Entertainment Tonight, Huffman is "in a room with inmates with a toilet in the middle of the floor… She’s in prison garb and there’s work duty – it’s pretty serious stuff."

Before Huffman turned herself in, actress Lori Loughlin, 55, also involved in the scandal, attempted to reach out to Huffman to discuss what she should expect in prison if found guilty, despite maintaining innocence.