Home » Find Out the Real Story Behind the Viral Photo of Queen Elizabeth Giggling Next to Prince Philip in Uniform! 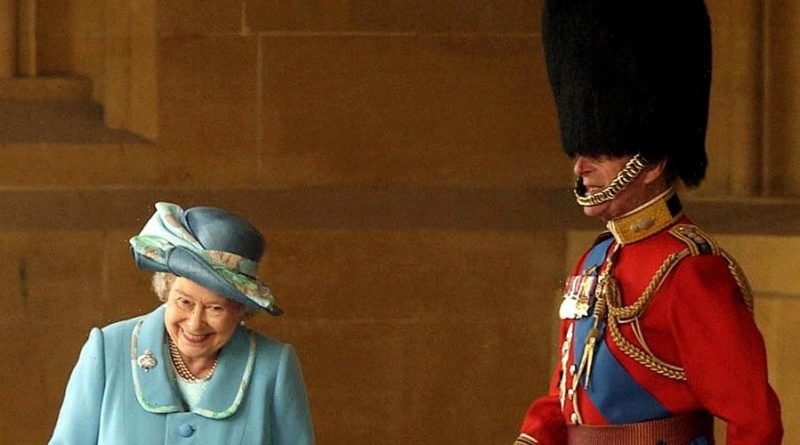 A photo of Queen Elizabeth giggling alongside Prince Philip in uniform has gone viral following the death of the royal on Friday (April 9).

In the photo, the late Prince Philip can be seen in military uniform, including a tall bearskin hat. And while photo went viral with a caption suggesting that it was a “prank,” that is not actually the case.

According to Snopes, the picture was taken by Chris Young of The Associated Press in 2003 at a ceremonial review of the Grenadier Guards at Windsor Castle.

The Queen was not laughing at Prince Philip, but rather an unexpected swarm of bees which interrupted the ceremony!

In a report from The Windsor Star, the outlet reported that a former sergeant major was stung in the forehead, which was also the only injury from the interruption. The Edmonton Journal added that a beekeeper was called in to remove the bees, and the ceremony then continued.

Prince Philip has worn that outfit several times on special occasions including Trooping the Colour, the public annual celebration of the Queen’s birthday.

See how Queen Elizabeth really feels about another royal not attending the funeral of Prince Philip.

See the viral photo, as well as photos of Prince Philip in the traditional outfit over the years inside.