Home » Celebrities » Former 'Housewives' star Barbara Kavovit wants to run for NYC mayor in 2021: 'They need a woman in office!'

One former reality television star has announced interest in running for office in New York City.

Barbara Kavovit, 54, who previously starred on Bravo's "The Real Housewives of New York" and is the CEO of Evergreen Construction, admitted she's got her sights set on New York City Mayor Bill de Blasio's seat in office when it becomes up for grabs next November.

"Well, I have to say, if Donald Trump could be President of the United States, I can be Mayor of New York City," the former Bravo star told the outlet.

With a successful career in construction, Kavovit says she knows "how to rebuild." 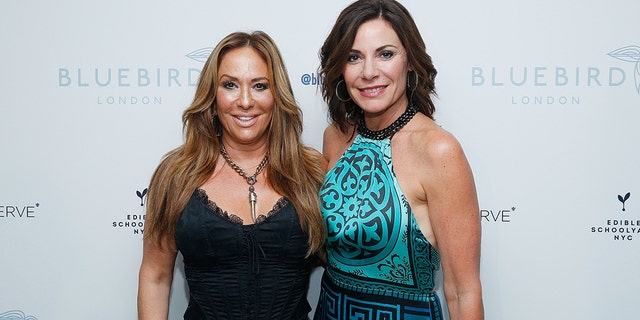 Asked what fueled Kavovit's desire to transition into politics — she described herself as a "tough Democrat" — she said it was when she started to feel "unsafe on the street" that she figured she could be the one to provoke change in the city.

If she does kickstart a campaign for next year, Kavovit said her first goal would be to "rebuild a safer and more inclusive New York City."

She discussed the need for "more affordable housing," in addition to creating an ownership program that places more responsibility on residents.

She also vowed to crack down harder on criminals in New York City which she called the "toughest city in the world."

The mayoral election in New York City will be held next November. In addition to her plans to curb crime and create safer living situations for New Yorkers, the former reality star added that the city's residents "need a woman in office!"

Europe, North America should learn from Asia on Covid-19: WHO expert