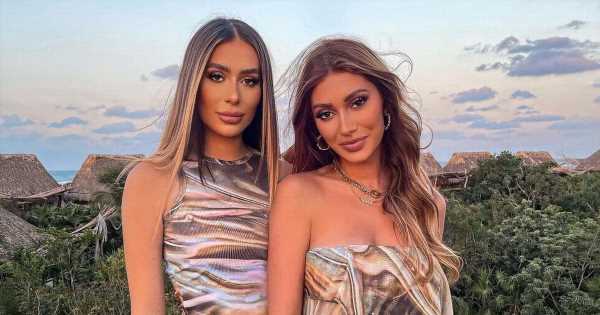 After their whirlwind romance resulted in them parting ways, Francesca Farago has lifted the lid on what went wrong between her and ex-girlfriend Demi Sims.

The Too Hot To Handle star, who got matching tattoo tributes with her ex while they were together, took to her YouTube channel for a new video to explain what happened.

The 27 year old began: "We lived together right off the bat and everything was great, and then I got Covid. I got really sick, it kicked my a**.

"I almost had to go to the hospital. I think that's when things started to go south between Demi and I.

"We were only talking to each other for a few weeks online before we met and then we moved in together right away so we never had that dating period or getting-to-know-you period," she divulged.

Francesca moved from the US to the UK to be with her lady-love, but went on to say that she didn't feel supported by Demi, 24, during that time.

She continued: "I was really, really stressed and I was really frustrated because I didn't really feel like Demi was helping me and I'm moving across the country for this person.

"I was spending so much money… It was a lot of effort and work and I just didn't feel like I was being helped out or anything was being reciprocated.

"There's different things that we expected of a relationship, and [that we] need and want, there's different love languages and ours just didn't match up and that's perfectly fine."

After parting ways, the Netflix star insisted that she wanted to remain friends but that wasn't the case for Demi.

"After the break-up, she just blocked me and deleted me and told me to leave London and just was like: 'You're cut'," Francesca explained.

"We just kind of fizzled and there was no more spark. We weren't like having conversations or doing anything fun, we weren't seeing anything in London, the relationship was so blah."

The former couple split in April after four months of being together, with Francesca taking to Instagram to reveal the news.

She wrote: "I really didn’t want to have to address this today, but I am already getting attacked on social media so I might as well bite the bullet since I have no choice.

“Demi and I are no longer together. We decided to go our separate ways this morning. Nothing bad happened. We were both loyal to one another and still love each other.