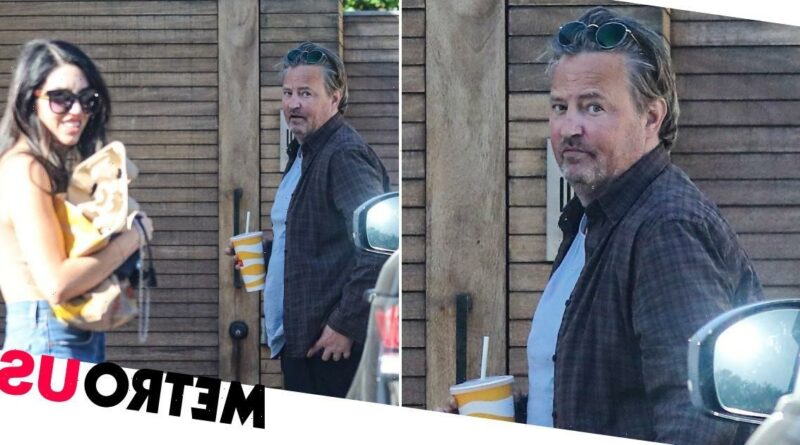 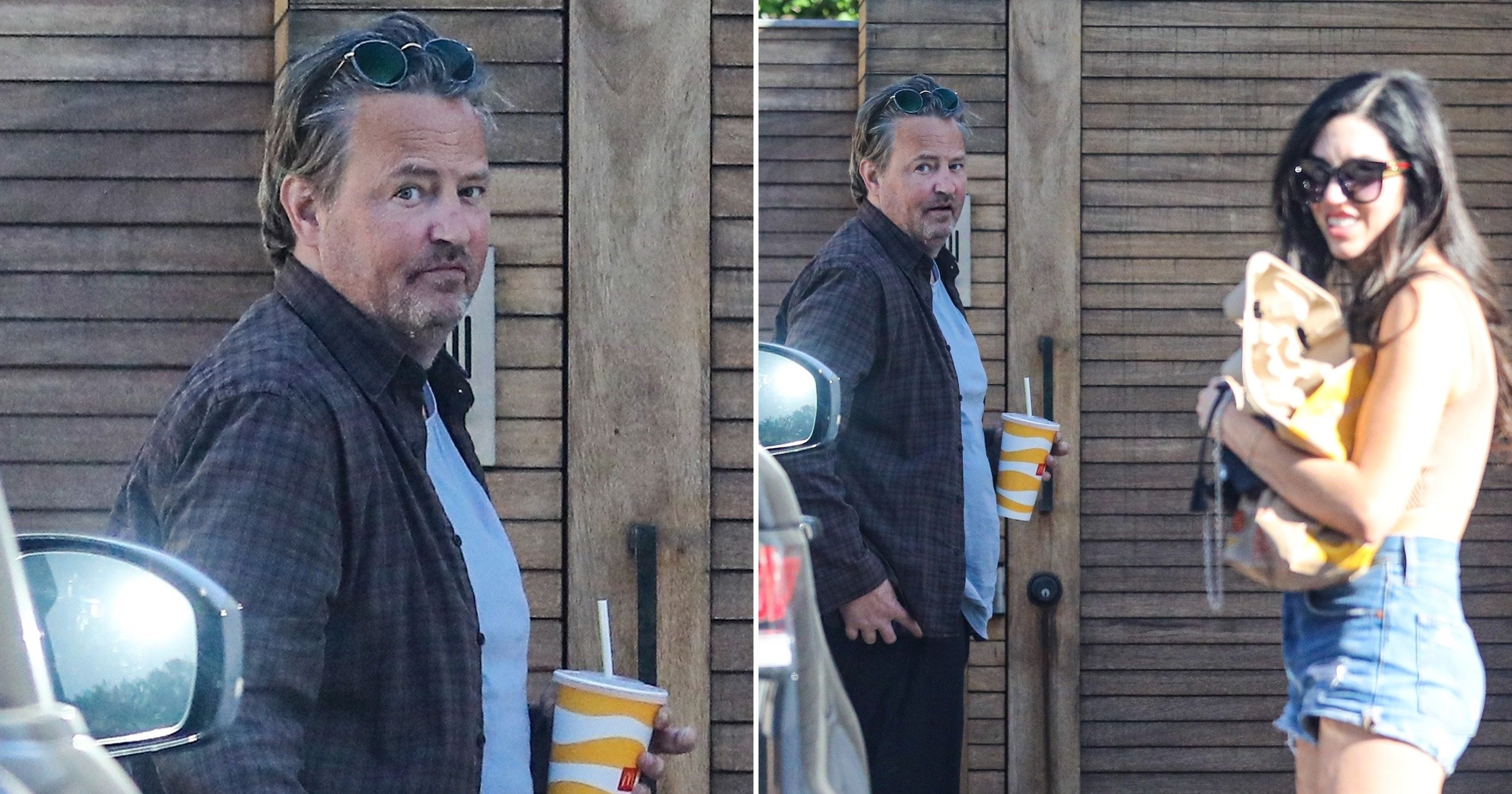 It’s a relief to know that even Matthew Perry can’t resist indulging in a cheeky McDonald’s.

The Friends actor took a breather from his busy schedule writing his anticipated memoir to spend time with friends last week.

On Friday, Matthew, 52, was pictured arriving at a friend’s house in Pacific Palisades, California alongside a female friend.

It appears to have been their second destination after clearly making a pit stop at McDonald’s earlier, as the actor was seen carrying a drink from the fast food chain, while his mystery brunette friend took charge of carrying a large bag of food.

Matthew hasn’t been pictured in public since October 2021 when he emerged for a coffee run in Los Feliz, California.

However, it’s no surprise he has been undercover the past six months as Matthew previously announced he’ll be releasing his debut autobiography, titled Friends, Lovers and the Big Terrible Thing.

The memoir promises to be a ‘juicy’ read with Matthew set to offer a candid insight into his colourful life and career, including his addiction battle and, of course, starring in iconic sitcom Friends alongside Jennifer Aniston, Courteney Cox, David Schwimmer, Matt LeBlanc and Lisa Kudrow.

Announcing the book on Instagram, Matthew said at the time: ‘So much has been written about me in the past. I thought it was time people heard from me.

‘The highs were high, the lows were low. But I have lived to tell the tale, even though at times it looked like I wouldn’t. And it’s all in here.

‘I apologise it’s not a pop-up book.’

An insider also revealed to Us Weekly: ‘It wasn’t always a bed of roses for Matthew on and off the Friends set.

‘And Matt isn’t going to sugarcoat the tougher times that he went through with the cast.’

The insider went on to suggest that the comic actor will highlight how he really felt over the long-awaited Friends Reunion, which aired in May last year, after he admitted to the rest of the cast that he felt like he would ‘die’ if he didn’t get a laugh from the audience.

Friends, Lovers and the Big Terrible Thing is set for release in November.

Meanwhile, Matthew is believed to be single after splitting from fiance Molly Hurwitz in June 2021.

Confirming the news to People, the actor said: ‘Sometimes things just don’t work out and this is one of them. I wish Molly the best.’