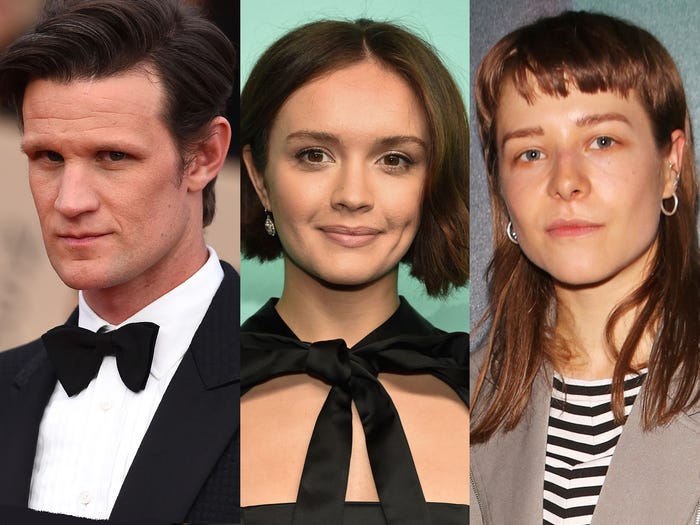 HBO's "House of the Dragon," the first "Game of Thrones" prequel series already ordered for a full season, continues to move ahead with exciting casting news.

Matt Smith ("The Crown," "Doctor Who") will play Prince Daemon Targaryen in the upcoming show, while Emma D'Arcy ("Wanderlust") will star as Princess Rhaenyra Targaryen. Olivia Cooke ("Ready Player One") also joins the cast as Alicent Hightower, the daughter of the Hand of the King during King Viserys I rule in Westeros.

Earlier this year, HBO announced that Paddy Considine ("The Outsider," "Hot Fuzz") will star as King Viserys, the fifth Targaryen ruler in Westeros, who lived about 200 years before the events of "Game of Thrones."

"Game of Thrones" fans will recognize the name Viserys from the original HBO series, though that character (Daenerys' brother) was simply a descendant of the characters we'll meet in "House of the Dragon."

While "Game of Thrones" was based on author George R.R. Martin's unfinished series "A Song of Ice and Fire," the new prequel show is taking its narrative inspiration from a different set of books: "Fire and Blood."

The first volume of "Fire and Blood" was released in 2018, chronicling the origin of House Targaryen, the dragon-riding Valyrian descendants who conquered the Seven Kingdoms.

"House of the Dragon" begins filming next year, which means fans might see the new series as soon as 2022.

To learn more about the "House of the Dragon" series, read Insider's full report on everything we know so far here.