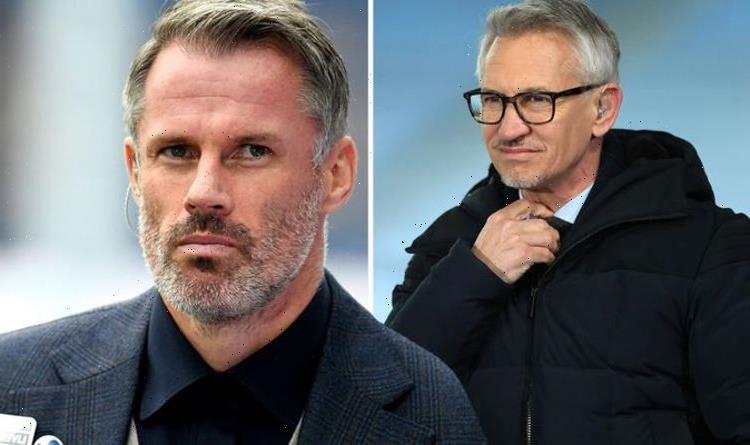 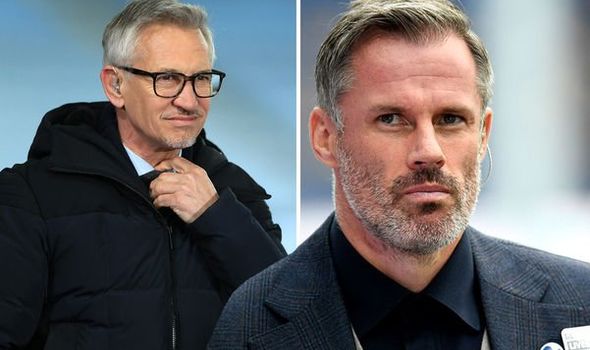 Jamie Carragher, 43, defended Sky Sports show Monday Night Football after Gary Lineker, 60, pointed out an error regarding Lionel Messi’s career honours. The show’s statistics claimed the 34-year-old Argentine footballer had won three Champion Leagues and had zero international trophies behind him. But Gary and fans were quick to point out that the Paris Saint-Germain forward led Argentina to the Copa America as recently as July.

Match of the Day host Gary was quick to mock the stats on Twitter.

In view of his 8.1 million followers: “To be fair, it’s such a long time since Messi led Argentina to victory in Copa America, they’re entitled to forget it.”

The former footballer went on to write: “Also 4 Champions Leagues not 3.”

Jamie had his say by replying: “We made a mistake on a graphic over Messi’s international honours.

“We don’t have autocue on MNF so I’m sure you’d also make a mistake now & again.”

Gary replied: “Yes, we do, and when they happen, they’re quite rightly pointed out.”

In a swipe back at his co-star, Jamie replied: “Not by anyone on MNF, as we realise it’s not easy.

“I know you spend the majority of your time on twitter but just look after MOTD & we’ll do the same on MNF.

“If you ever want to come on with no autocue you’re welcome.”

The Match of the Day host went on to accuse his co-star of “picking fights with everybody” and asked if he was OK.

“I’m fine Gary, just sticking up for our stats guy. Appreciate your concern,” the pundit responded.

Many Twitter users also shared their thoughts about the pair’s exchange.

One wrote: “Is there any doubt that Ronaldo is the best player of all times?”

“They weren’t too focused on it,” LFC Print commented.

The debate came after Jamie and Gary Neville discussed the respective sport stars on the show.

Gary said he believes Ronaldo is the “greatest football player of all time” but was unsure if he could lead Manchester United to victory.

But, disagreeing with his co-star, Liverpool star Jamie chimed in: “No one is not a huge fan of Ronaldo or Messi. Ronaldo is not the greatest player of all time.

“It doesn’t matter how a ball goes in the net… Messi’s got a better goal record than Ronaldo. He’s also a playmaker, Messi can run a game – Ronaldo can’t.

“Ronaldo can maybe do things that Messi can’t but Messi takes you to a place where you can’t actually believe what you’re seeing.