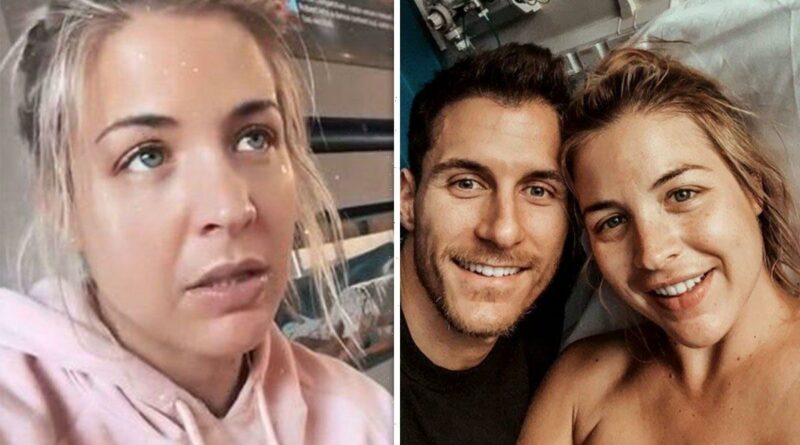 Gemma Atkinson jokes about how she 'bagged' Gorka

Gemma Atkinson has been forced to scrap plans to get married to her Strictly Come Dancing pro fiance Gorka Marquez. As he heads off on the Strictly tour, Gemma made the sad admission they only have four days off together this year.

The couple, who met when Gemma starred on Strictly in 2017, share a two-year-old daughter, Mia.

And since they aren’t tying the knot this year, the Hollyoaks actress has hinted they might try for a second baby instead.

“Gorka is literally on tour all of this year. We’ve only got four days off together,” she told New magazine.

“He’s got the two Strictly tours back to back, and then he’ll be going on Strictly in the autumn. We don’t even have a minute to sit down and begin making plans!”

Gemma and Gorka got engaged back in February 2021, having met backstage on Strictly.

They were not paired together at the time, as Gemma was partnered with Aljaž Škorjanec, while Gorka danced with Alexandra Burke.

But during the 2019 Strictly Christmas special, the lovebirds took to the dance floor together for the first time, having welcomed their daughter Mia earlier that year.

Gemma announced the happy news on Instagram that Gorka had popped the question on Valentine’s Day last year.

“Valentine’s forever…Of course I said yes,” she wrote alongside a loved up snap.

Gorka then shared the same photo with the message: “The best day with my forever Valentine’s. I asked and she said YES!!!!!!”

Gemma’s birth with Mia was “traumatic”, with the Emmerdale star suffering a haemorrhage and losing almost a litre of blood.

The actress said afterwards that she was “adamant” she wouldn’t go through childbirth ever again.

“All these things were going through my mind, what did I do that caused all that to happen? I was telling myself for weeks and weeks I’d failed at childbirth,” she explained on Steph’s Packed Lunch.

“I was having horrible dreams that someone was going to take Mia from me. I remember my mum running into my bedroom and I was sat up screaming, sweating.”

Gemma continued to say that one day, another mum approached her and asked about how Mia’s birth “wasn’t a success”.

Her reply was: “It was a huge success, Mia’s there, Gemma’s here, total success.”

During this conversation, “something clicked” in Gemma and she was no longer afraid of having more children.

“My body had done me proud because it had recovered and got me through,” she told Steph McGovern.

“I’m at the stage where I want a sister or brother for Mia.

“The first few months of Mia’s life, I kept saying to my partner, Gorka, ‘I’m not going through that again’.