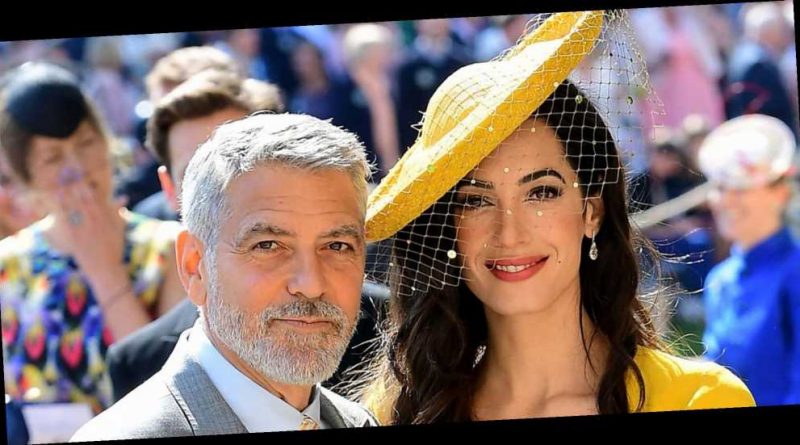 George Clooney wanted to make life for his kids as easy as possible — given the whole famous dad and global and iconic heartthrob thing.

During an interview with AARP the Magazine, Clooney opened up about his worries for his three-year-old twins.

"I didn't want, like, weird-ass names for our kids," he said of his kids Ella and Alexander. "They're already going to have enough trouble. It's hard being the son of somebody famous and successful. Paul Newman's son killed himself. Gregory Peck's son killed himself. Bing Crosby had two sons kill themselves. I have an advantage because I'm so much older that by the time my son would feel competitive, I'll literally be gumming bread."

And because the star isn't a fan of social media, if his children ever get interested in dabbling, he's prepared: "We'll just make fun of it enough that it will be embarrassing."

The ER actor also opened up about how he and his wife, human rights attorney Amal Clooney, keep the romance alive during quarantine — and it involves some old school, hopeless romantic kind of stuff, like love letters.

He went on to express his love for snail mail in general. "I have letters from Paul Newman, Walter Cronkite, Gregory Peck. I have them framed. I put them in the house. If it were a text, it would feel different. Maybe that's a generational thing, and maybe it won't be that way 20 years from now, but for me, somebody sat down and wrote it."