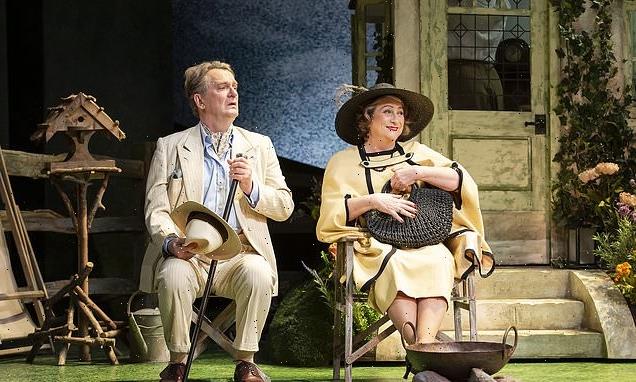 Bernard Shaw’s 1893 Mrs Warren’s Profession is a family affair — more than ever in this touring production.

It stars Caroline Quentin as Kitty Warren, the madam whose successful chain of brothels has paid for the excellent education of her daughter, Vivie (played here by Caroline’s own daughter, Rose).

Vivie is now so intellectually acute and morally sharp that she condemns and disowns her mother. It’s not the sexploitation of poor women (her mum included) that Vivie objects to, but the fact her mother continues to prosper from the business. It might be called ‘tough love’ these days. Rose’s brisk, heartless Vivie howls for barely one second when she cuts off her mother . . . then immediately settles back to her actuarial calculations.

While being a chip off the old block, Vivie is more naturally classy, as well as better polished — thanks to the nannies, private schooling and Newnham College, Cambridge. 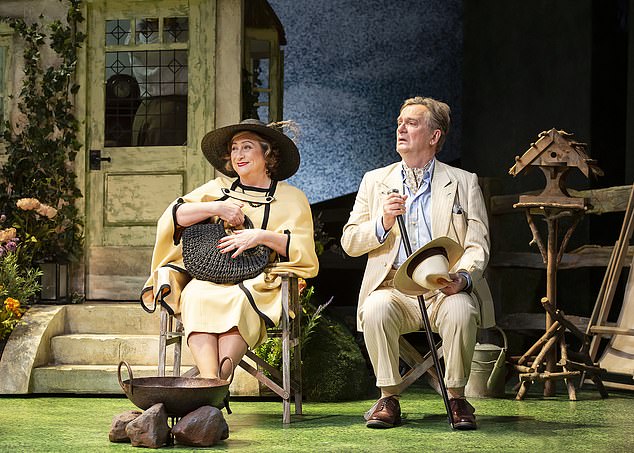 Moreover, the genteel mask occasionally slips and she slides into a Cockney shriek.

The resemblance between them is striking — and delightful. So too is the gap in their acting experience. Rose is impressively on top of the torrent of words but frequently stresses the wrong ones. Caroline is in total command, nuanced and playful.

Best seat in the house

If you missed Jodie Comer as a barrister in her sold-out run at the Harold Pinter, you can now catch her stunning turn in Suzie Miller’s harrowing monologue at home. (£9.99 a month, ntathome.com)

Still, if there is little real emotional intelligence evident in Shaw’s articulate attack on English hypocrisy, there’s plenty of moral meat to sink one’s teeth into.

Anthony Banks’s well-performed production rattles along nicely and looks terrific. The curtain rises on a rural scene, picture perfect but wildly out of proportion. The tiny thatched-roof ‘house’ is the size of a gazebo, a reflection perhaps of the way women in those days were trapped in dolls’ houses. Lovely silk underwear is hanging out to dry — which Vivie tactfully gathers when a chap arrives for tea. But it’s hard to see why the play was considered so shocking that it was banned until 1925.

Perhaps the Lord Chamberlain didn’t care for swaggering sleazeball Sir Charles Crofts, smoothly played by Simon Shepherd, who shamelessly lusts after Vivie . . . and might well be her father. Though another candidate is Matthew Cottle’s hilarious hungover vicar, and the minute lopsided church is another neat metaphor for the place of religion in society then — and now.

The play may spring from a bygone world, but it remains bracing.

First to arrive are an old flame, Gilly (Lisa Dwan), in a dress slashed to her hip and missing bits in the middle, and her husband, Jake (John Hopkins), keen to insist that they are ‘not swappers or swingers, just curious’.

Unlike Molly Osborne’s Hetty, Alex’s engaging and enthusiastic girlfriend, who is young enough to be his daughter. ‘I just love c**ks,’ she beams, as though that is how conversations genuinely begin.

Anyone’s will do, judging from the noises emerging from the sitting room swiftly after the entrance of pony-tailed American Jeff (Timothy Hutton), his Russian wife, Magdelena (Amanda Ryan), dim, stoned Tim (Will Barton) and his hard, bossy wife, Camilla (Kelly Price). 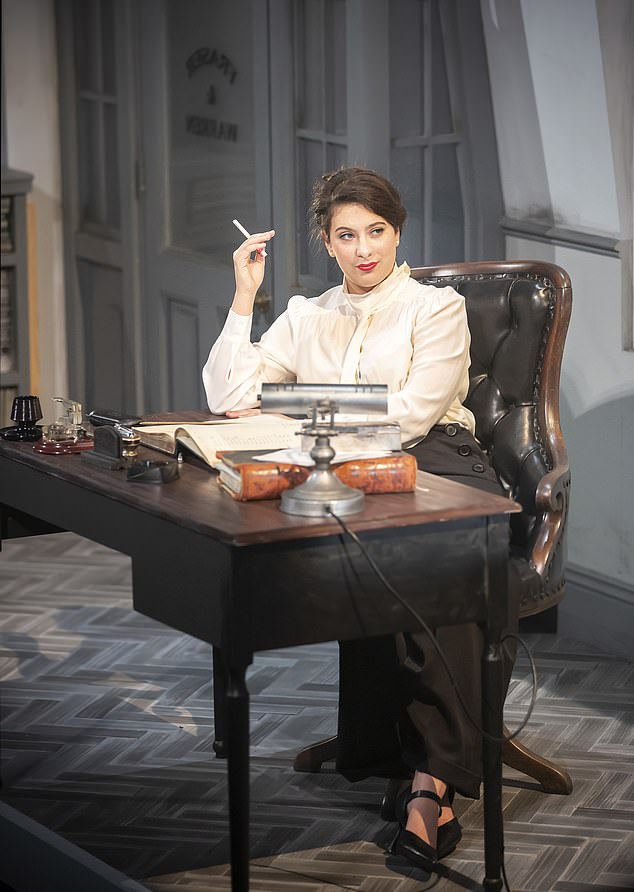 It stars Caroline Quentin as Kitty Warren, the madam whose successful chain of brothels has paid for the excellent education of her daughter, Vivie (played here by Caroline’s own daughter, Rose)

The spectacle of a gathering of white, middle-class and mostly middle-aged heterosexuals shedding clothing and inhibitions is as embarrassing, old-fashioned and tedious as it sounds. Nothing happens in the kitchen except bickering. Even the spillage of red wine on the Persian rug and Tim losing his trousers, having gone outdoors to smoke a joint (poking but not smoking permitted indoors), occur offstage.

Dim Tim asks if she is on the side of J. K. Rowling or Harry Potter. And there’s a fight about pronouns, before the suggestion that a tennis match between Lucy and Gilly would not be fair and someone refers to Lucy as ‘it’.

A fine, valiant cast do their utmost to flesh out the emaciated stereotypes before this flaccid piece fumbles to an unconvincing and uncomfortable end.

My advice: Be a Party pooper.

Verdict: The real cost of care

It was only after seeing Nathan Ellis’s laser sharp account of the critical condition of a junior doctor in an A & E department that I learned it was dedicated to his doctor sister. That, and the fact that every three weeks, a UK doctor commits suicide.

At the start, 31-year-old Anna is nursing a nosebleed, having been punched by a drunk she was trying to cannulate.

A pretty normal day, then. Her work is a perpetual assault course, with understaffed shifts overrunning, no time off to create meaningful relationships.

She neglects family, is too stressed to sleep. Wearing her professional hat, she can treat patients with tireless empathy, yet she hasn’t processed her mother’s death and when her father dies she feels numb — and frightened by her reaction.

‘I like being a doctor but I’m slowly growing to hate the sight of sick people,’ she confesses. Medicine, it seems, is seriously bad for her own health, physical and mental. No wonder her sister says she should quit.

But, looking on the bright side, the fit bloke in the leprechaun outfit who delivered the drunk to hospital has left glowing feedback (and a phone number).

The NHS staffing crisis is a surprise to no one. But the quality of Ellis’s writing, its eloquent despair laced with dark humour (golfing husbands be warned) and Blanche McIntyre’s superbly performed production gives the subject real urgency.

‘It’s just work,’ says David, having removed his leprechaun tunic. Not so different from his job, apart from ‘more dead kids’. And that’s the problem.

Except for one telling scene, Jasmine Blackborow’s compelling Anna is never out of her uniform. While those swishing blue hospital curtains instantly compartmentalise the stage, she cannot compartmentalise her life. And it is eating her up.

So who is going to care for our carers?