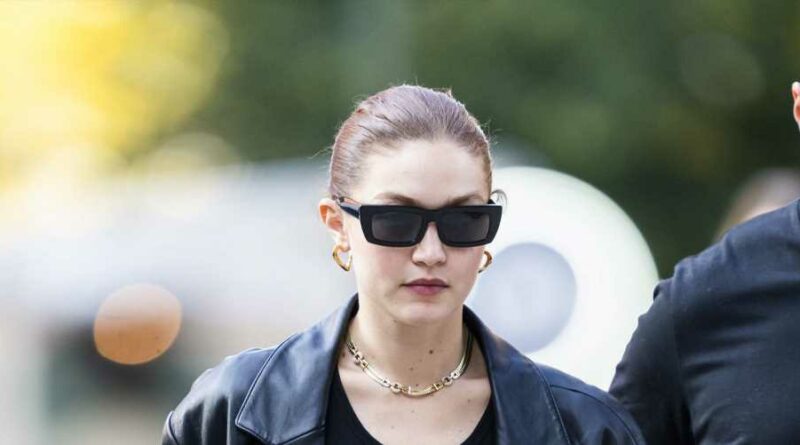 Gigi Hadid isn’t a regular mom. She’s a cool mom, one who doesn’t have a public TikTok account. She admitted to “lurking” on the “clock app” through a secret profile while dishing on her journey in motherhood for InStyle‘s March cover story.

“She’s just so smart, and she’s so aware,” Gigi said of 16-month-old Khai. The model welcomed her first child with her ex-boyfriend Zayn Malik in September 2020. “She watches everything, she’s always learning, she always looking,” the proud mom gushed. “She’s just awesome.”

Life for Gigi has changed since becoming a mom. The 26-year-old revealed that while she’s still “trying to learn” about parenting, she has a core group of “mom friends” who “only talk about babies and sleeping and what bottles don’t leak.”

She also talked about being heavily involved on TikTok through a private account. “I do have a secret TikTok, which I don’t post on, and I don’t follow anyone I know on it,” Gigi admitted. “I’m a lurker, but it’s for, like, mom videos and kids’ lunch videos.”

The Next in Fashion co-host can’t wait to share new experiences with her daughter as she grows. “I’m really excited to take Khai skiing one day because I learned to ski when I was, like, 2,” she told InStyle. “We’re getting close.”

Gigi, who got her start in modeling as a child, addressed whether or not Khai would be following in her footsteps. “Yeah. No. You know, she’s going to do what she wants to do. She could be an astronaut. I don’t know.”