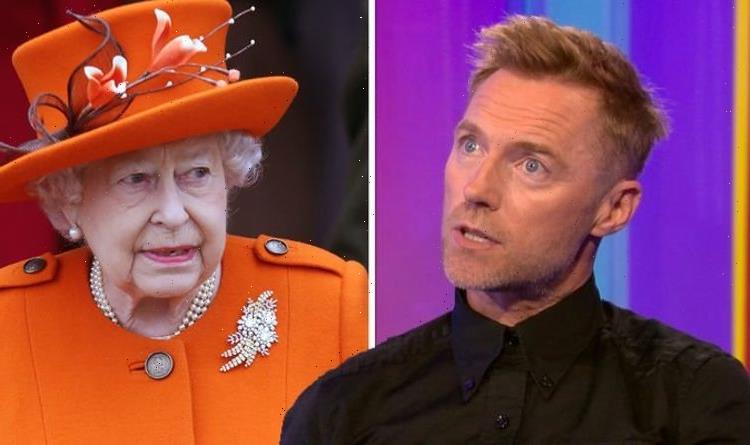 The One Show host Ronan Keating has recalled an embarrassing memory where he found himself in a sticky situation with the Royal Family. The singer said he once had his phone snatched away when he attempted to get a snap with the Queen.

Ronan, 44, revealed this happened when he went to Ascot Paddocks Livery.

He said: “I’ve been lucky enough to go there.

“I was actually in the paddock when the Queen was there.”

However, the pop star then admitted this was where things went wrong as he tried to grab a picture.

The BBC host continued: “I tried to take a selfie but they grabbed my phone off me.

“I didn’t know you couldn’t take a selfie with the Queen, who knows?”

The presenter shared the admission as part of his collaboration with Omaze.

The company runs prize draws to raise money for charity.

Elsewhere, the presenter’s wife Storm Keating has opened up about the pair suffering some hard times.

The couple has suffered struggles resulting from building their home.

She penned: “My bones ache from labour; my throat is coarse from construction dust; my eyes burn from over tiredness; and my heart hurts for all the hours I don’t get to spend with my children, stepchildren, husband, family, friends and importantly myself.

“BUT I will not give up. I will get this house built and finally move my family into their home after what has already been over five years.

Storm continued in view of her 131,000 followers: “If you didn’t catch my post a few weeks back with my welding gear on…

“Well our family have had a tough run of it these last number of years, because we continually put our trust in the wrong people.

“Now we’re building the house ourselves and it’s me who is the main contractor.

She also shared some snaps of her husband working on their home as she offered the update.

Ronan has been fronting The One Show on BBC One alongside temporary presenter Samantha Quek this week.