Gwen Stefani is literally marrying her best friend. She gushed about Blake Shelton in a new interview, saying how they tell each other ‘everything’ and that he’s her ‘homie.’

When Gwen Stefani, 51 was asked what she loves the most about fiance Blake Shelton, 44, during the latest ‘At Home With’ conversations with Apple Music’s Zane Lowe, the singer couldn’t pick just one characteristic about the man she calls her “best friend.” “Gosh, it’s hard not to like almost everything about Blake Shelton. I said almost only because it would be silly to do like, ‘I like everything about Blake.’ No one’s perfect, of course. But I think the root of what I love about us together is that we’re just…He’s my best friend,” she gushed.

Blake has sweetly called Gwen his “best friend” as well. During the Nov. 4 episode of The Voice, he told contestant Rose Short, “Rose, I couldn’t be happier for you, that you have Gwen as your coach. Because I’ve had Gwen as my best friend, and I can see the effect that it has on somebody, the way she helps you to believe in yourself.” Aww!

Gwen told Zane that the couple keeps no secrets from each other, as “We tell each other everything. I don’t want to do anything without him. He’s my homie. And he’s just a very generous, generous guy. He’s full of love and generosity. And like you said, he’s a smart, smart guy as well. So you feel safe, you could lean on him and trust him. And I could just keep going. I mean it’s literally like a joke.”

“And I’ve never met someone that’s just so interesting,” Gwen continued. “And it’s weird because over the years, because now it’s been five years I’ve known him, he is an artist. He’s a Gemini. So he does…Because you think he’s so, so normal, but then he is quirky and he is – He is an artist. But he has a lot of different sides to him.”

While Blake is a massively successful country star, Gwen says that he could easily just give it all up and move back to his Tishomingo, Oklahoma ranch to live out his days among nature. “But I think the fact that he really could walk away from anything at any moment. And his true love is just of nature and of just being at that ranch. And he loves animals and he knows every single name of every salamander and every tree and every bush and snake,” which blows her mind. “And it’s like how do you know all this stuff?” she added. 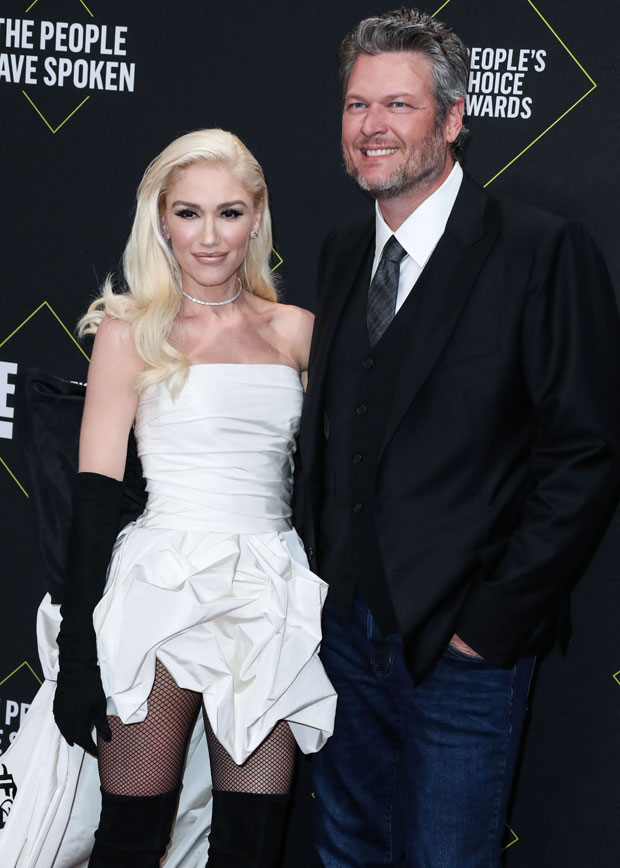 Gwen also loves that what you see is what you get with the “God’s Country” singer. “He’s just always been the same. He’s the same guy no matter where he goes, you know what I’m saying? And there’s some things just so cool about that because you feel so proud, because you know that when I have my favorite moments with him. When my dad and mom come over, they get to see that or you get to see that. You know what I mean? And there’s just something great about someone that’s so genuine and then super talented, because then you watch him sing and you’re just like, ‘My God, your voice.’He’s really good,” she says of her “Happy Anywhere” duet partner.

The “Hollaback Girl” singer also revealed that greatly values Blake’s musical opinions, and that he was the one who suggested her new song “Let Me Reintroduce Myself” be the first single off of her upcoming album. “It’s really fun having him around in an A&R kind of way, too, because as I’ve been writing, he’s so good at knowing what songs are good. He’s the one that came to me with this song to be the first single, because he was driving to the airport. He was like, ‘I have been listening to all the songs and I really think that this song…’ Because I was really like, ‘I’m not going to even have an opinion,’ because I don’t know any more about myself. I can’t tell. Everybody else, I’m going to serve it up and then you decide what you like, because it’s hard to tell after a while.” That’s what best friends — and soon to be husbands — are for!