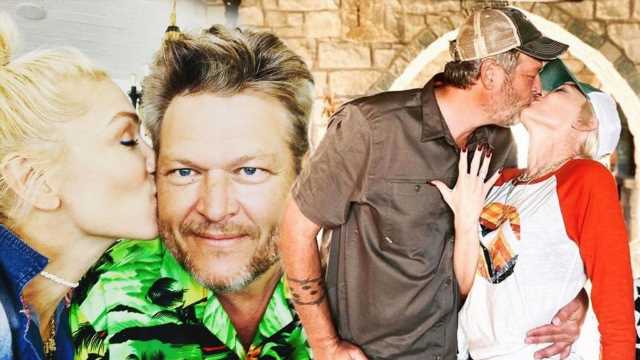 Blake Shelton and Gwen Stefani are newlyweds, and the songstress couldn’t look happier!

The pair tied the knot in a very intimate ceremony surrounded by family at Shelton’s Oklahoma ranch on Sunday, ET can confirm. On Monday, Stefani took to social media to share a first photo from her wedding day.

In a clip Stefani posted to Instagram, the bride — who appears to be rocking a silk robe ahead of the ceremony — lifts up her veil and smiles for the camera.

During Stefani’s appearance on Late Night With Seth Meyers in April, she said she wanted to keep their wedding intimate.

“We’re keeping it very simple. Really simple,” she noted. “I think the guest list will not have a lot of musicians. It’ll be like my mom and my dad. It’s literally going to be just family. We are looking forward to that, though.”

“It’s going to be fun,” Stefani continued. “We’re going to make it really fun, but it’s not going to be a big [event]. It’s not like the queen and king are getting married or something like that.”

There had been definite signs the wedding was coming. In June, Stefani celebrated an intimate bridal shower with her family, and ET confirmed in July that they filed for their marriage license in Oklahoma. In Oklahoma, a marriage license expires in 10 days after it’s issued.

Back in March, Shelton said he “absolutely” pictures himself living a simpler life with Stefani someday out of the spotlight while guest co-hosting NBC News’ Today With Hoda & Jenna.

“I hope that’s not too far down the road. Ten years sounds like way too long to me,” he said. “I’d like to see that sooner than later. I mean, we’ve both pretty much taken it to the limit as far as our careers go, and touring and now the television thing. It’s been fortunate to accomplish a lot of things, but hopefully at some point we’ll get a chance to live some life. And I think we’re both ready for that, honestly.”

See more on the couple’s big day in the video below.