Halle Berry is ringing in the New Year by looking absolutely gorgeous while chilling at home. The Oscar-winning sizzled in nothing but an oversized shirt in her latest pic.

Halle Berry is spending the week between Christmas and New Year’s getting some well-deserved rest from her busy Moonfall shooting schedule, and looking good doing it. The John Wick: Chapter 3 – Parabellum star delighted fans on Instagram by posing in nothing but a flowy blouse while lounging around her house. With her gauzy top and oversized, cat-eyed sunglasses, she’s achieved the perfect balance between low-key style and glamour.

There’s a bigger meaning to her December 30 post. In the photo, Halle’s staring into a compact mirror, which is blinged out with a big “H,” while reclining on her leopard futon. She captioned the post, “Behind every successful woman is herself.” Her fans totally agreed with her in the comments, with a few getting in a few remarks about how good she looks. “Aging like vintage wine,” one fan cheekily wrote.

But the question remains — who took Halle’s photo? Maybe it was her dreamy new boyfriend, Van Hunt. Halle confirmed her relationship with the musician, 50, with a steamy Instagram post in September, showing her wearing one of his concert tees. Fans knew the Kidnap star was seeing someone after she posted a series of photos of herself cuddling up to someone — never showing his face. 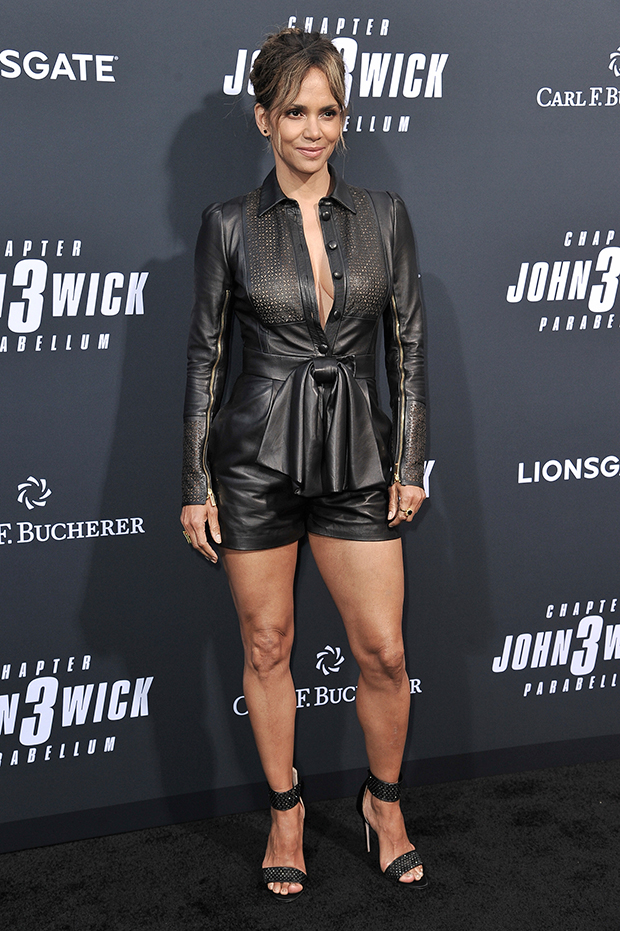 Halle isn’t shy about taking her relationship public. In November, she clapped back at Fox Soul’s Cocktails with Queens panelist LisaRaye McCoy, who claimed that she heard Halle was “bad in bed.” Halle’s response was perfect. She tweeted out an article about the diss and tagged LisaRaye, writing, “Ms. @TheRealLRaye1, ask my my man @vanhunt he’ll tell ya all y’all need ta know.” Damn!