Home » Celebrities » Halle Berry: As ‘a Black woman, I haven’t always had parts that I absolutely love’ 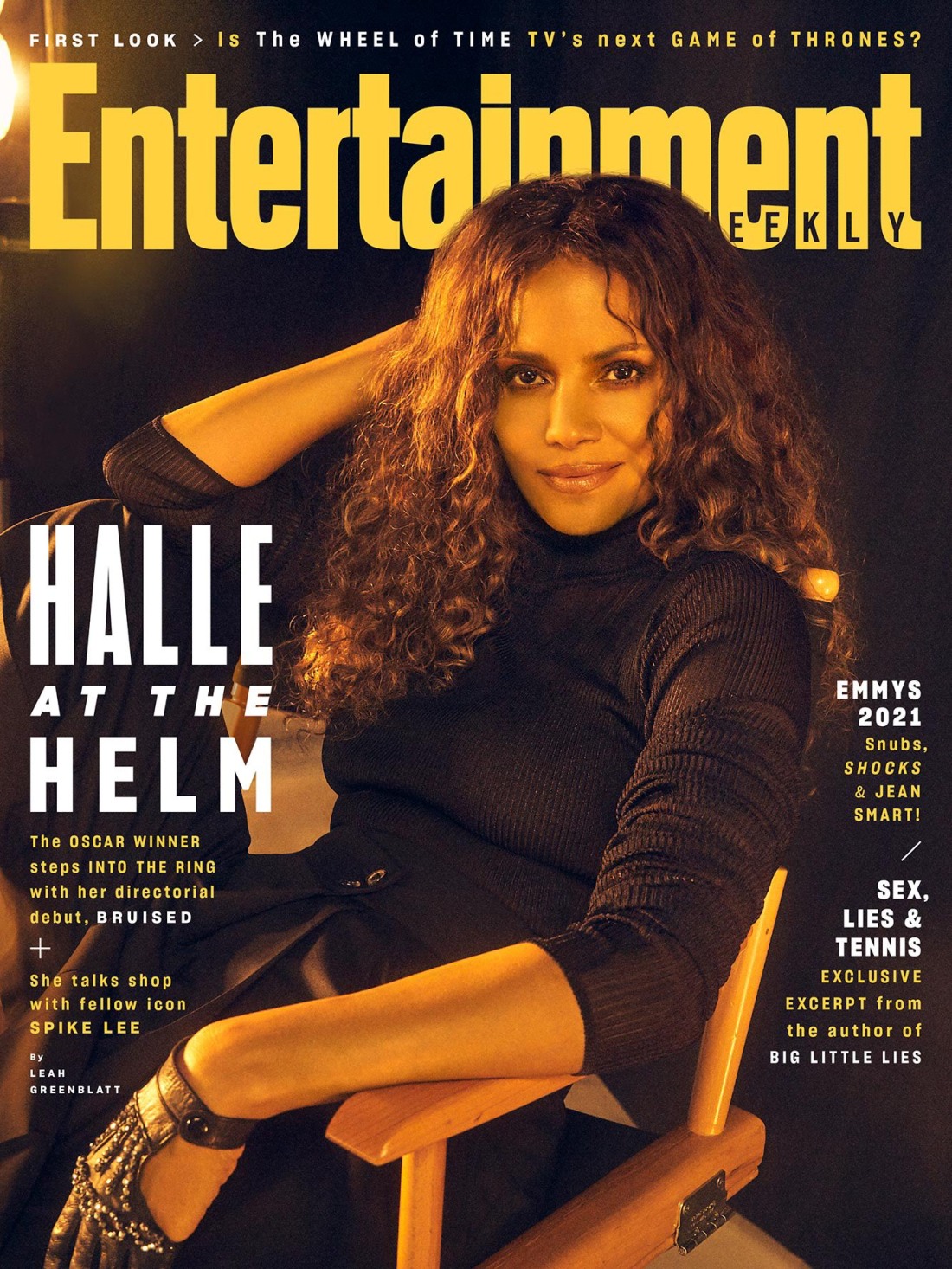 Halle Berry has directed a movie! Did you know that? She directed the indie drama Bruised, and she directed herself in the lead role. That role? A middle-aged “disgraced MMA fighter grasping for one last shot in the ring.” Halle covers the latest issue of Entertainment Weekly to promote the film, and this piece was good! I cracked up hearing that this film was originally conceived as a vehicle for Blake Lively, to be directed by Nick Cassavetes. Blake as an MMA fighter? Lord almighty. You can read the full interview here. Some highlights:

The original Bruised script: “They gave me the script and I loved the story, but it was written for a twentysomething Irish Catholic white woman. I couldn’t get it out of my mind, so I thought, is it possible that this could be reimagined for someone like me? Because I think I have a take on it that could actually work — making it about a middle-aged Black woman, someone fighting for a last chance rather than another chance. When you’re young we all get chances, they’re a dime a dozen. But when you’re at a certain stage in life it becomes something more impactful and meaningful, right? So about six months later when [Lively] decided in her own time that it wasn’t for her, I went to the producer, Basil Iwanyk, who I’d just done John Wick 3 with, and gave him my pitch. And he said, ‘Great, we love that idea. Now go find a director.’”

Her CV is full of films she took out of economic necessity rather than art: “It’s like, okay, that’s a film I can’t say I’m totally in love with, but this isn’t a hobby. It’s how I take care of my children. But I try to keep that sense of wonder and stay curious. Because being a Black woman, I haven’t always had parts that I absolutely love.’

Offers were not pouring in after she won an Oscar: “It was surprising. Because I thought they were going to just back up the truck and drop them off at my house, right? When you have a historic win like that, you think, ‘Oh, this is going to fundamentally change.’ It did fundamentally change me, but it didn’t change my place in the business overnight. I still had to go back to work. I still had to try to fight to make a way out of no way.”

She’s fine with the bad reviews of her ‘Catwoman’: “For me, it was one of the biggest paydays of my whole life, which, there’s nothing wrong with that…. I don’t want to feel like ‘Oh, I can only do award-worthy stuff.’ What is an award-worthy performance?”

She loves social media: “I just stopped talking. I thought, ‘I can’t keep allowing people to tell me the same story, the same version of who I am.’ I have evolved, I’ve moved on, I’m grown. Let me live! Social media has been great for that because I get to be who I am. And they get to meet me where I’m at, not in the past.”

She’s fine with the changes in how people watch movies: “With the pandemic I think we pushed ourselves probably 15 years ahead, because people want to watch things at home on their own time. They want to stop it and start it. So I think we have to start reimagining and rethinking how we’re evolving. People have said to me, ‘You made an independent movie. Why would you sell it to Netflix?’ Because I’m assured people will see it, and that’s the goal! That is ultimately the goal.”

Where her career is now: “It used to be when you were 40 your career was done, and I mean really done. Or you had to wait until you were old enough to play a grandma, and then you could have another bite at the apple, right? I mean, I couldn’t think that I’d be playing an MMA fighter at 54 years old. Yet I did, so it’s got to be changing. I’m proof of that.”

I respect that Halle prioritized making money throughout her career, as well she should! But she acts like she just had to sign up for any old garbage project to put food on the table and that’s not really the case. Go on and get paid! Make money because money is important and you know your worth as an actress and a woman. I also think it’s funny that she’s somewhat cautious about how she describes Blake Lively’s interest in the script – Halle really kept her eye on that, and waited for Blake to lose interest or realize that she should not play an MMA fighter. And Halle is right, the story works better for a woman who is older. Young people don’t have a “last chance” at anything, they get chances all the time. 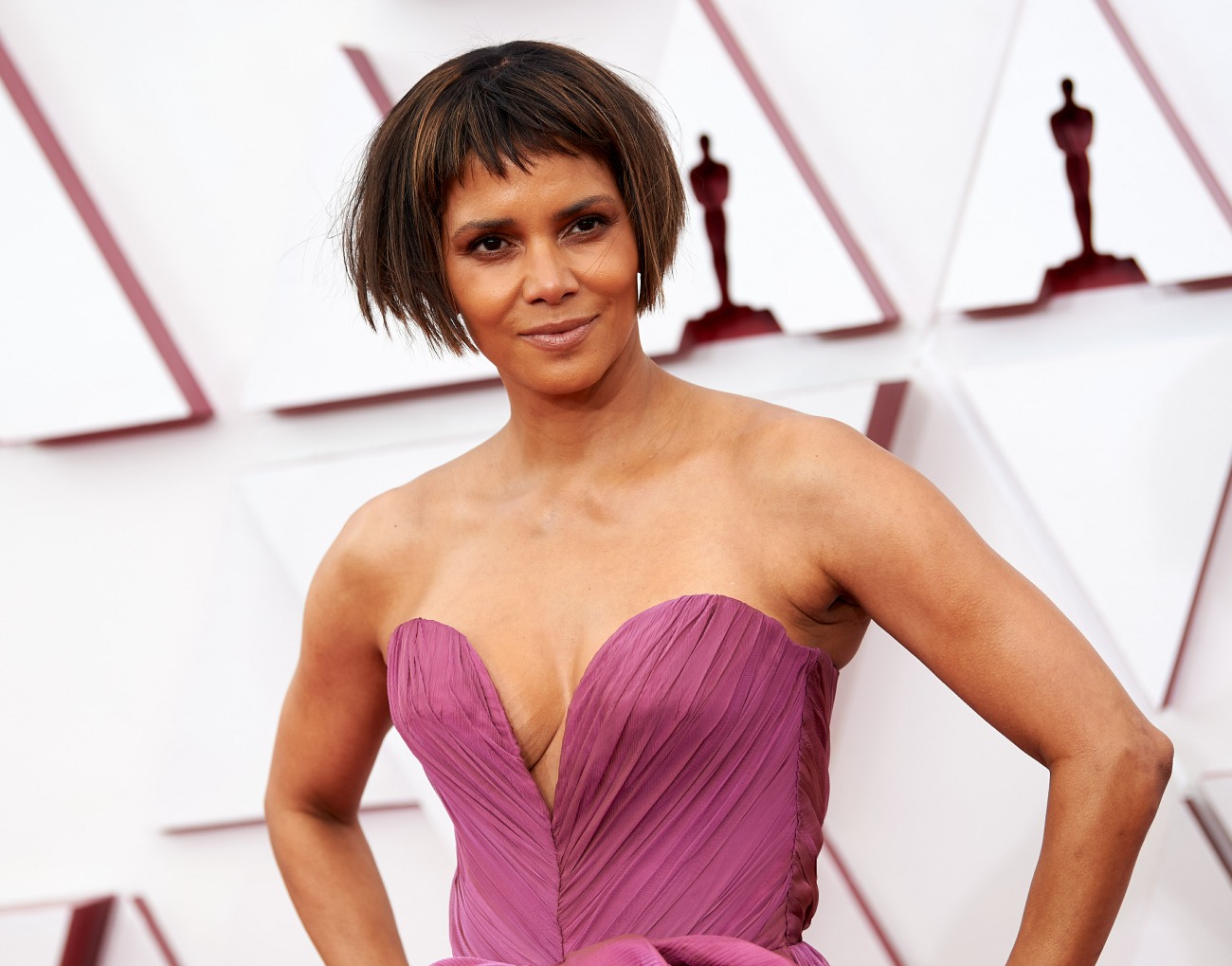