After Halsey came under fire for sharing a photo of her body during the ‘lowest point’ of her eating disorder WITHOUT a sufficient trigger warning, the ‘Be Kind’ singer said she only had ‘positive intentions.’

“With that being said,” added Halsey, “I’m gonna log off now because this has turned into something I am not emotionally equipped to handle for the time being. I hope that’s okay [heart emoji].” The offending photo was shared when Halsey (born Ashley Frangipane) engaged in the viral “Post A Picture” Q&A trend. Halsey opened her IG up for fans to ask her to post a picture from a specific moment, and one asked her to share “you at your lowest point.” Halsey shared a mirror selfie, taken while she was still battling her eating disorder, looking very emaciated. The photo has since been removed.

To be fair to the “Graveyard” singer, she did include a trigger warning with the pic. “TW: ED,” she wrote in big, bright white letters, along with “ask for help [heart emoji].” However, some fans didn’t think this was good enough. “Halsey posting a bodycheck on her Instagram story with ‘tw: ed’ on top of it with no actual chance to read the trigger warning first …. ???? your audience is mainly young girls wtf are you doing,” tweeted one person. Others came to Halsey’s defense, with one tweeting, “i think ya’ll need to take a seat, sit with yourselves and really think about what kind of culture/community you are creating by demanding that everyone say something in the exact perfect way before starting the conversation.

Halsey will seemingly end 2020 the way she started it: apologizing. After Pitchfork gave Halsey’s new album Manic a negative review (a score of 6.5 and saying “much of it has the same reflective surface and, at some points, the depth of an oil slick”) in January, she tweeted, “can the basement that they run p*tchfork out of just collapse already.” Unfortunately, Halsey didn’t know at the time that Pitchfork’s office is in One World Trade Center, aka “Freedom Tower,” aka the skyscraper built commemorating the destruction of the World Trade Center on the 9/11 attacks. 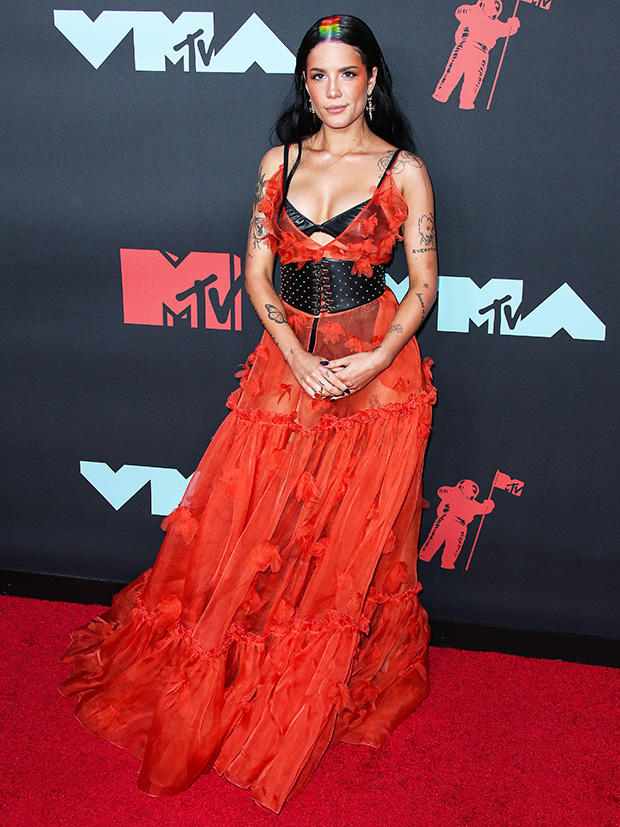 Someone pointed this out to Halsey, and she quickly apologized. “ABSOLUTELY deleted it upon realizing this,” tweeted Halsey. “Was just trying to make a joke! Intended zero harm. Just figured I could poke at them back with the same aloof passive aggression they poke at artists with! Clearly a misunderstanding.”