Home » Celebrities » When Does ‘The Handmaid’s Tale’ Season 2 Episode 6 Air? The Show Is Taking A Break

The Handmaid’s Tale Season 2 has been a reliable hit this year for Hulu as it was the first season. As the show moves further away from the novel, which was covered in the first season’s 10 episode run, it also is expanding the story to new places. This is why it’s going to run 13 episodes this year. But just as the show reaches the middle of the season, there’s going to be a pause for the holiday. So when does The Handmaid’s Tale Season 2 episode 6 air, if not next Wednesday?

Hulu’s series page for The Handmaid’s Tale isn’t the most user-friendly when it comes to when new episodes are coming out. The front simply says "New Episodes: Wednesdays" and leaves it at that. From that, most would assume this coming Wednesday, May 23 is the next premiere date for a new episode.

But the Hulu press site does not have an episode listed for May 23, 2018. They’re taking the week off, presumably because that Friday is the beginning of the Memorial Day weekend holiday, and there won’t be many people looking to stream the next episode. Instead, The Handmaid’s Tale Season 2 episode 6 is listed with an air date of "May 30, 2018." 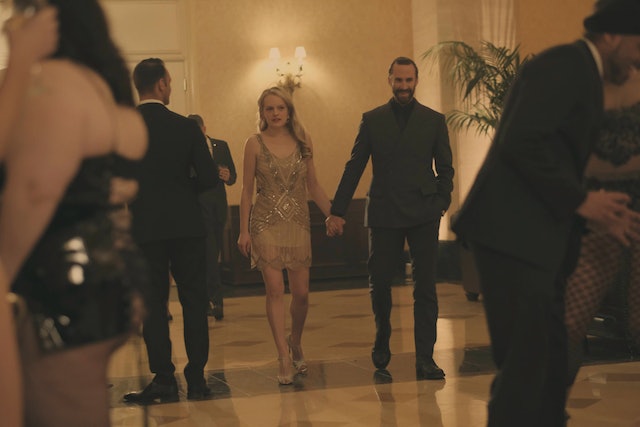 So it will be a full two weeks for fans to find out if Offred is OK, after Nick discovered her outside the Waterford’s house, passed out and bleeding heavily despite being pregnant.

But what we can surmise is that Offred will be fine, because the synopsis for the next episode does not mention her "lying at death’s door" or anything. Instead, the focus is on Offred’s other child, Hannah, who fans haven’t seen since the first season.

Nick "struggling with a new assignment" most likely means his marriage, which he never asked for. Captain Waterford basically promoted Nick to be assigned a woman because he couldn’t actually do what Serena Joy asked, which was to get Nick reassigned to another household permanently. In fact, when he asked for Nick to be reassigned, he was told he should hold on to Nick, as someone who could do him a lot of good, which is even worse than a flat no.

Still, the trailer for the next episode shows Nick hopping into bed with said wife, so despite being assigned someone young enough to have a bedtime, it looks like he won’t struggle that hard.

The trailer also suggests that Offred’s pregnancy will be fine, though that might just be clever editing. What I’m curious about is how Hannah gets back into the picture. Is Offred perhaps going to push to get her daughter back for giving up the one she’s carrying to Serena and Captain Waterford without a struggle?

Somehow I just don’t see Aunt Lydia going along with this unless the Waterfords decided it was a fair trade. (Lydia has struggled mightily to get Serena Joy in line, it might be enough to make her agree if Serena would just behave.)

As for the flashbacks in the trailer, there’s nothing about them in the synopsis, but like last season’s episode 6, "A Woman’s Place" which told Serena Joy’s story in bringing about Gilead, this might be another moment where the show reminds us how much of a prisoner of the system Mrs. Waterford is along with Offred.